The Third Wave Fund (TWF) is a feminist, activist foundation that works nationally to support the vision and voices of young women, transgender and gender nonconforming youth. I came across the TWF while researching the ways in which anti-abortion narratives often intersect with anti-trans narratives. I spoke with TWF Director and out trans man, Rye Young who, working as the coordinator the TWF Emergency Abortion Fund, developed their report on barriers to abortion access report.

In 2012, the concept of “Gender Justice” was the unifying frame for TWF grants. Gender Justice rose as a grantmaking priority because women of color and transgender youth increasingly work at the intersections of sexism, transphobia and homophobia and understand these issues collectively as gender oppression. Nationally, less than 7% of philanthropic dollars go to women’s and girls’ programs and far less than 1% go to programs led by and targeted towards transgender youth. TWF has invested more than 3 million dollars in over 180 organizations and has risen to become one of the leading funders of trans-autonomous grassroots organizations. 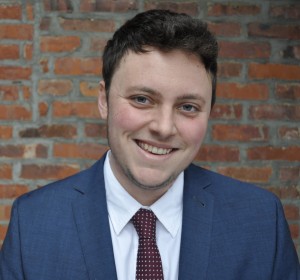 Cristan Williams: What is the mission and history of your organization?

Rye Young: Third Wave Fund has been through several iterations, but its beginning can be traced back to January 1992 when Rebecca Walker wrote an article for Ms. Magazine examining the impact of the Clarence Thomas confirmation. Her article was titled “Becoming the Third Wave.” Walker articulated a rage, anger, and hunger for action that resonated with young women and men across the country who wrote to Ms. declaring themselves part of the Third Wave – people who wanted their feminist movement to be deeply involved in addressing issues of race, class and other systemic oppressions within the context of gender.

By May 1992, Walker and Shannon Liss had started the Third Wave Direct Action Corporation. The organization’s initial mission was to fill a void in young women’s leadership and to mobilize young people to become more socially and politically involved in their communities.

At the same time, philanthropic research was showing that less than four percent of all philanthropic dollars were directed to programs serving women and girls. Recognizing that even fewer dollars were making it to the innovative programs that Third Wave Direct Action members were leading across the country, Walker, Amy Richards, Catherine Gund, and Dawn Martin started having conversations about the need to have a fund for young women. Out of these conversations, in 1997 the Third Wave Foundation was born with much support from the philanthropic community and generous individuals.

[pullquote]Third Wave is proud to have become one of the largest funder of trans-autonomous grassroots organizations[/pullquote]Starting in 2014, Third Wave Foundation has transitioned to become the Third Wave Fund, and is a hosted project of the Proteus Fund. Our current working mission is to invest in youth-led, visionary efforts to build power in communities fighting for gender, racial, and economic justice. Third Wave Fund is dedicated to building a national movement of activist donors and institutional partners to fill critical funding gaps in the communities most impacted by gender oppression and inequity.

We’ve historically prioritize funding strategies and communities that are often overlooked and underfunded.  Despite playing a central role in long-term social change, strategies like community organizing, leadership development, and political education tend to receive the least resources. These bottom-up strategies work to both address the immediate and long-term needs of marginalized communities while also the developing skills, leadership and power of folks most at the margins.

RY: The Third Wave Fund was born out of the third wave feminist movement. We continue that tradition by recognizing that sexism overlaps with racism, classism, homophobia, and transphobia and by prioritizing the voices and leadership of young women of color. We bridge feminist, queer, and trans movements—working with donors to create a funding stream for youth-led community organizations at the intersections of oppression. Third Wave Fund directs resources to issues like prison reform, sex worker rights, queer activism, reproductive justice, and youth organizing as well as on more traditionally feminist issues like reproductive rights.

CW: I see that you are a trans inclusive feminist organization. Why did you reject trans-exclusion as a feminist value?

[pullquote align=”right”]Third Wave Fund supports bodily autonomy—an issue of great import to the trans community—as a value that is crucial to feminist struggles for reproductive and disability justice[/pullquote]RY: Third Wave went through years of organizational evolution regarding its relative inclusion of the trans community. In May 2003, Third Wave’s board and staff began an intentional discussion on transgender issues and the intersection with third wave feminism. Third wave’s programs began using the term “women and trans” and started moving resources to trans youth and trans-serving projects. By 2006 Third Wave changed its mission to include transgender youth as a core constituency. In 2010, Third Wave published the first national abortion report that used gender-neutral language to discuss abortion seekers in recognition of trans, gender non-conforming, and intersex experiences with abortion.

Even though Third Wave’s grant sizes are relatively small, Third Wave is proud to have become one of the largest funder of trans-autonomous grassroots organizations and invites more funder partners to get on board; we still see an extreme lack of resources needed to address the level of violence, discrimination and transphobia we still see all over the country and the world. You can read about it here.

Currently, Third Wave Fund does not see itself as a trans-inclusive feminist organization, but rather as a feminist, queer and trans organization in which trans issues are inseparable from our understanding of feminist work.

And why is that? There are many reasons Third Wave Fund considers trans folks as essential members of our community and the struggle for feminist and queer liberation! The first is that trans women are women and must therefore always be invited to participate in and lead conversations about women. The second is that misogyny and homophobia are key sources of the discrimination and violence that trans folks often face. We see that the disproportionate numbers of attacks on trans women are tied to patriarchy and sexism. Furthermore, as a funder that seeks to lift up the leadership of women of color, we see parallel ways that cis-women of color and trans women of color are marginalized and we seek to support the solidarity that is being built around that experience. Lastly, Third Wave Fund supports bodily autonomy—an issue of great import to the trans community—as a value that is crucial to feminist struggles for reproductive and disability justice.

CW: Can you share with me what it’s meant for the trans youth you work with that you’re a trans-inclusive feminist organization?

RY: It has meant that organizations that serve and are led by trans youth, which are also often drastically under-resourced, have had access to a funding partner as well as an ally in the philanthropic community. It has meant that an organization called the St. James Infirmary in San Francisco, which is led by and for sex workers, could run a trans health clinic. It has meant that the Jacksonville Area Sexual Minority Youth Network could host a trans/gender non-confirming and questioning youth group that developed the voice and leadership of young people in the heart of a very conservative city. We’ve learned from years of doing this work that when we support organizations’ trans and gender non-conforming youth work, young people show up and benefit tremendously from having access to safe space; essential services; places to grow, learn, and organize; and that this work transforms communities and movements for the better and can sometimes mean the difference between life and death.

If you’d like to get involved with and/or support the Third Wave Fund, here’s how:

BTW, the Third Wave Fund will occasionally have volunteer and internship opportunities.

Related: Check out fundraising on the TransAdvocate.

This article is part of an ongoing series exploring trans issues with feminist opinion leaders:

Writers for the TransAdvocate work hard to bring you news and commentary. If you found this article meaningful, let the author know that you appreciate the work they do with a tip!
In category:Cristan Williams
Tags:activism feminism
Next Post

The right to body autonomy and being free from oppressive gender stereotypes is an issue that's near and dear to my heart. I've noticed that the same hubris people who stand in the way of trans people are generally the…
Read
Previous Post

The TransAdvocate is an unequivocal supporter of body autonomy. While the issue of body autonomy affects people in somewhat different ways, we've noticed that the same groups standing in the way of a abortion medical services are generally the same…
Read
Random Post

South America is quickly becoming the most trans friendly continent on our planet.Argentina just passed a groundbreaking Gender Identity Law and now their next door neighbors in Chile have made some moves that benefit their trans population.Chile will soon cover sex…
Read
Random Post

Confessions of a Middle-aged Transinista

Somewhere along the line, I became a Transinista. I don't know how it happened -- there was no recruitment drive -- I just found myself looking at a photo of myself dressed in combat boots, mirrored sunglasses, floppy angel wings…
Read