The right to body autonomy and being free from oppressive gender stereotypes is an issue that’s near and dear to my heart. I’ve noticed that the same hubris people who stand in the way of trans people are generally the same people who are standing in the way of the right to safe and legal abortion services for many of the same reasons. The Pacific Justice Institute, the very organization that hounded a trans kid to the brink of suicide, is also an anti-abortion group. The Salt & Light Council, the very organization that went on the news to falsely claim that trans children were scurrying up and over bathroom stalls so they could watch cis people use the restroom, is also an anti-abortion group. Alliance Defending Freedom, (remember this org; we’ll come back to them in a moment) the same organization that went to Fox News with lies about what happened at Evergreen College, is also an anti-abortion group. Consider the gender stereotypes these folks appeal to as they take an anti-trans/anti-choice stance: In their anti-trans/anti-choice world, learning to be a good homemaker who pumps out as many kids as the males in her life wish is gender. People like me fuck with that worldview.  I’ve also noticed they believe that they – not you – get to contextualize your life experience. They’re happy to yell at me, “No matter what you do, you’ll always be a man!” while shouting at clinic patients, “No matter what you do, you’ll still be a mother; you’ll just be a mother to a dead baby!” Blind to their own hubris, they will smugly privilege themselves to define your experience for you.

I, therefore, spend my Saturdays defending clinic patients as they attempt to access an abortion clinic because a person’s right to hold agency over their body (and not the other way around) is also a trans issue. I do what I do because the enemies of choice are the enemies of my freedom. I’m a Clinic Escort, or as the people who try to mob, intimidate and shame people entering the clinic call us, “Clinic Deathscorts.” (BTW, “Deathscort” would make an awesome metal band name!) I generally stand at the front gate and try to keep the anti-trans/anti-choice crew from mobbing cars as they enter the clinic.

I was happy to learn that the president of a state NOW chapter will be doing a TransAdvocate interview, echoing these sentiments. Additionally, I was happy to see Planned Parenthood and NARAL give voice to these intersections of oppression as well:

An anti-trans/anti-abortion piece written by the Catholic News Agency is making its rounds on right-wing outlets. The report warns “of a global push for ‘gender identity’ language:”

The report interviews Paul Coleman, an attorney for the Alliance Defending Freedom – they very group I previously noted went to Fox News peddling the false claim that a trans woman was repeatedly exposing herself to 6-year-old girls. Just before explaining what “gender identity” refers to, Coleman makes the same claim TERFs do: “gender identity” is a term that isn’t understood.

“The terms ‘sexual orientation’ and ‘gender identity’ are terms that aren’t particularly well understood,” explained the attorney, who serves as legal counsel in the Vienna office of the international organization Alliance Defending Freedom. “That’s part of the issue with this sort of terminology – that its so fluid, that it changes – it can mean whatever people want it to mean.” As a result, the language becomes a kind of tool for incorporating certain beliefs into law. “In effect, ‘sexual orientation’ is a ‘code word,’ so to speak, for homosexuality and homosexual behavior, and ‘gender identity’ is a ‘code’ for transsexualism or people who feel they are not male or female, but are something different, something in between, or nothing at all,” Coleman said.

The Alliance Defending Freedom makes it clear that trans issues are part of the “homosexual agenda” and warns of societies which are trans-affirming because they also support abortion rights.

In addition to the SOGI movement, Coleman noted an “attempt to create a right to abortion” in international law – an effort which which he says has been around since the early 1990s and continues to grow in “force” each year. This attempt also uses key language to place these ideas in global law, he added. “It’s one of the major trends that we now see…there are many documents that are discussed at the United Nations where the phrases ‘reproductive health and rights’ and ‘sexual reproductive health and rights’ appear constantly.”

“No matter what the issue is that’s being discussed, they’ll always find a way to include those issues.” Neydy Casillas, an attorney and former law professor from Mexico working in the Organization of American States and Latin America [and advocate for the Alliance Defending Freedom], lamented the heavy international focus on issues of sexuality rather than difficult situations faced by many around the globe.

“Sadly in these organizations, where they should be talking about the problems that exist in the world, like poverty, lack of access to health care in general, lack of education, etc., – problems that will affect the development of nations – discussion has focused solely on the (question of) what is life, to try to legalize abortion in all circumstances.”

“They also work very hard on the homosexual agenda,” added the attorney who also does advocacy work for Alliance Defending Freedom, “as if they were the problems the world is experiencing – completely ignoring other problems that exist and affect the entire world and truly help development.”

Coleman cited three different groups at the United Nations advancing the language and goals of “sexual orientation” and “gender identity.” The “primary drivers” are the “activist organizations,” followed by “liberal, predominantly western countries,” and then “the institutions themselves at the UN: people that work for the UN itself.”

When the three are aligned, Coleman warned, the results are powerful. “That is why terms like ‘gender identity’ were completely unknown ten years ago and now they’re being pushed on many different levels today even though there isn’t a single UN treaty that mentions the terms ‘sexual orientation’ or ‘gender identity,’” he explained. Coleman noted that such a process is often very complex, since it involves the reinterpretation of international treaties.

Although nations may refuse, many “want to appear as if they are keeping up with their ‘human rights obligations’ – they don’t want to be constantly harassed by the United Nations or the European Union.” The influence of Western countries, he said, can be very commanding. The British attorney noted that “the United Kingdom has said that it will withhold aid to third world countries if those countries do not change their laws on homosexuality.”

He added, “we see in America President Obama saying that it is a foreign policy priority to promote homosexuality across the world. These are powerful countries with huge international aid budgets, and they’re helping to push this issue around the globe.” “If (nations) are told constantly, ‘you need to change your laws on abortion. You need to change your laws on homosexuality,’ then that pressure can lead to change at a domestic level.”

People who believe that humanity is male and female, and who want to act on those beliefs, will face “a conflict within the law,” noted Coleman. “We’re going to see more religious liberty cases where people are being sued, being threatened legally because they’re clinging to the belief that there is male and female.” 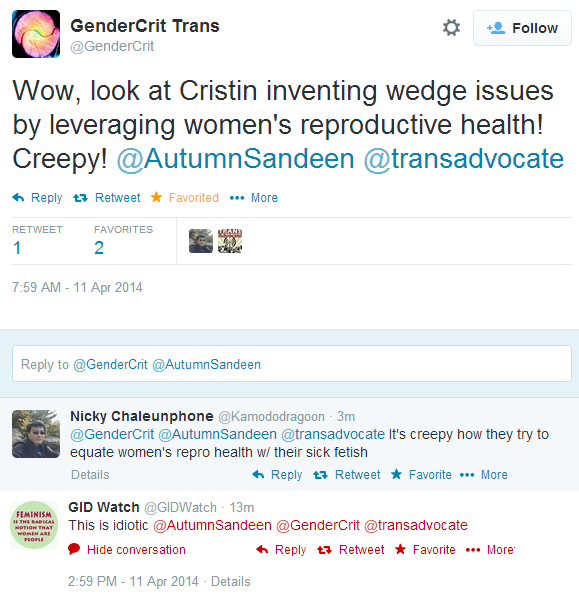