The mere mention of the incident should send shivers down your spine. Trans people who support protections based on gender identity should feel nervous when Colleen’s name is mentioned. If you’re trans, you should hope that this incident fades into the distance and is never brought up in polite conversations.

For the uninitiated, here’s a recap from Fox News:

A Washington college said their non-discrimination policy prevents them from stopping a transgender man from exposing himself to young girls inside a women’s locker room, according to a group of concerned parents.

“Little girls should not be exposed to naked men, period,” said David Hacker, senior legal counsel with the Alliance Defending Freedom. A group of concerned parents contacted the legal firm for help.

Hacker said a 45-year-old male student, who dresses as a woman and goes by the name Colleen Francis, undressed and exposed his genitals on several occasions inside the woman’s locker room at Evergreen State College.

Students from nearby Olympia High School as well as children at a local swimming club share locker rooms with the college.

According to a police report, the mother of a 17-year-old girl complained after her daughter saw the transgender individual walking naked in the locker room. A female swim coach confronted the man sprawled out in a sauna exposing himself. She ordered him to leave and called police.

The coach later apologized when she discovered the man was transgendered but explained there were girls using the facility as young as six years old who weren’t used to seeing male genitals.
“They’re uncomfortable with him being in there, her, being in there and are shocked by it,” parent Kristi Holterman told KIRO-TV.

According to the police report, the local district attorney probably will not pursue charges because he said the “criminal law is very vague in this area.”

Francis told KIRO-TV that he was born a man but chose to live as a woman in 2009. Francis said he felt discriminated against after he was told told leave.

Hacker and local parents are outraged over the college’s response to the incident.

“The idea that the college and the local district attorney will not act to protect young girls is appalling,” he said. “What Americans are seeing here is the poisoned fruit of so-called ‘non-discrimination’ laws and policies.”
Placing this man’s proclivities ahead of protecting little girls is beyond unacceptable, Hacker said.
A spokesman for the college did not return calls seeking comment.

Hacker said the college could be held liable for damages if any of the young girls is harmed by the transgendered individual.

“Clearly, allowing a person who is biologically a man to undress and expose himself to young girls places those girls at risk for emotional distress and harm,” he wrote in a letter to the college. “Any reasonable person would view this as dangerous to the young girls involved. The fact that this individual was sitting in plain view of young girls changing into their swimsuits puts you and Evergreen on notice of possible future harm.”

There was a strongly worded letter from a legal group who took up the cause to keep Francis from walking around nude in front of 6-year-olds. Then there was the police report with statements from parents who were reporting what they say their daughter reported to them.

Here are the facts. On several occasions recently,  these children saw a naked man in the women’s locker room sauna who was displaying his genitalia… There has been a problem for many years now of men using the women’s locker room, especially the sauna. The ongoing problem, including the situation with Francis, regardless of his personal beliefs, endangers the young girls who use Evergreen’s locker room and pool. – Alliance Defending Freedom for Faith and Justice, November 1, 2012

The police report explained that on Wednesday, September 26th at 5:12 PM Tiffany Write, who is a swim coach for Evergreen Swim Club (no affiliation with the Evergreen College) had Officers Brewster and Koppenhaver respond to the Campus Recreation Center (CRC) on a report of a man in the women’s locker room.

There you have it. This is the case that proves all those who stand against trans equality laws right.  There’s a letter from a group who wants to defend freedom and faith, there’s the early report from Fox News AND a police report. The evidence is incontrovertible. Case closed. Right?

So, I was listening to a podcast of people talking about this situation as a cautionary tale. This case, they agreed, proved that trans-equality laws can, and sometimes do, go too far. In fact, when I debated Arizona State Representative John Kavanagh about his efforts to criminalize the use of restrooms by trans people, he pointed to this case as being his evidence for the need to ban trans people from using hygiene facilities which correspond to their gender identity. This case has become the rhetorical linchpin for practically all narratives arguing against trans equality policies.

Under the guise of “prohibiting discrimination” against people on the basis of sexual orientation, gender identity, and gender expression, The Phoenix City Council is considering an ordinance riddled with devastating legal and ethical consequences…

Look no further than Olympia, Washington to discover the consequences of laws like the Bathroom Bill. Late last year, when one Washington family complained that a 45-year-old male college student was permitted to enter a girls’ locker room and expose himself in front of their 17-year-old daughter, authorities informed them the man was allowed to be there because he claimed to be transgender. – The Center for Arizona Policy

What if I were to tell you that the reports are, on the whole, false?

What if I were to tell you that, unlike the mountains of reports citing Fox News, the ex-gay advocacy group (oh, did I fail to mention – just like the news reports did – that the Alliance Defending Freedom for Faith and Justice is an ex-gay group?), and the police report, I called the college, got the facts and learned that the facts don’t exactly match up with the myth of the now infamous Evergreen State College incident?

Here’s the nugget of truth to the story: two teens did claim to see Colleen Francis nude while in the Evergreen College sauna.

Here’s what may not have not heard:

So, the actual story is that two 17-year-olds went into an area they weren’t allowed, attempted to view the people in the sauna and saw Francis. The rest of what you’ve probably heard about this incident is, at this point, an urban myth.

My conversation with Todd Sprague, the Executive Director of College Relations was preceded by an email exchange which immediately brought into question everything I thought I know about this incident. Sprague wrote, “Unfortunately many news reports and online commentaries have chosen to take a sensational, and often inaccurate, path in characterizing what has and has not happened at Evergreen.” He went on to clarify, “On the occasion that sparked the media coverage, the individual in question was using the sauna, an area generally off limits to swim team members.” Sprague also made it clear that this was “one incident that occurred in September 2012, not multiple incidents” and that Francis was “covered up with a towel on the way to the sauna and when leaving it. ”

I had more questions, so I called Sprague and recorded the call:

Do you notice anything familiar about the trajectory of this story?

Where have I seen this exact strategy deployed before?

What about that story in LA where it was claimed that a trans kid was scurrying up the walls of restroom stalls to peek at the cis girls?

How about the story in Colorado where it was claimed that a trans kid was sexually harassing cis girls in the restroom?

Let’s see what happens when any one of these steps is interrupted.

Do you remember when an Oakland, California school employee said that kids were being raped and molested because of protections for trans children? No? That’s because this is what happened:

Here are the facts associated with that claim: the person did work for the Oakland school district and in the history of the school district’s existence, both rape and murder had occurred in the district and did involve school students, but it had nothing to do with trans kids (unless you count Oakland cis kids setting non-cis kids on fire).

As I said at the beginning of this article, the mere mention of the incident should send shivers down your spine… Because the story was manufactured to specifically elicit that response. This story has served those who stand against trans equality measures well. It’s been used as a talking point for TERFs, radical right pundits and elected lawmakers alike and it’s time to call BS, not only on this talking point, but on the process that manufactures them. 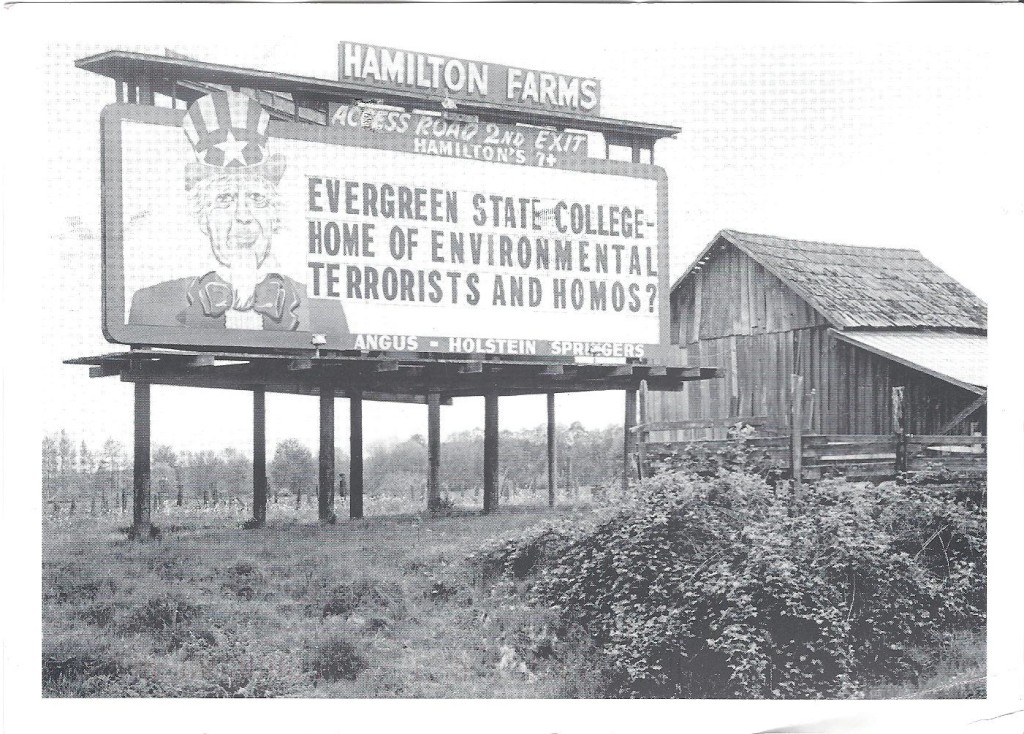