Like a lot of people, I was transphobic when I was younger. Society had conditioned me to be. There were men and there were women, and anyone who didn’t fit into the narrow definitions of one of those categories was abnormal, abhorrent, a freak. I remember (much to my shame) pointing at people I saw on the bus who didn’t look like what I thought a man or a woman should look like and laughing at them. I remember whispering rude comments to my friends, not really caring if the targets of my scorn heard me or not. I remember judging women with facial hair, men with effeminate faces, or people whose genders I couldn’t readily discern with one glance.

I cannot tell you how ashamed I feel as I write this. I wish I had never been that person. I would give anything to go back in time and undo all the damage I undoubtedly caused to the people I mocked and shunned out of the misguided belief that they deserved it for not looking the way I expected them to look. I want to tell them I’m sorry. I want to tell them I know better now.

But I can’t, can I? And anyway, this isn’t about my guilt or my shame. This isn’t about me at all, in fact, though like all privileged people, I like to act as though it is. No – this is about a group of people to whom we as a society have done many a grave disservice, and what we can do to right those wrongs.

[pullquote]I cannot undo the harm I once did, but I can try not to do any more. And I can try to make things better. So can you.[/pullquote]In the United States, a hate-related murder of a transgender person is reported once every three days. Often, the bodies are found with their genitals mutilated. Sometimes the bodies bear signs of the victim having been raped before they were killed. These are just the murders that are reported – around the world, transgender people are murdered daily by people who cannot – no, will not – accept that not everyone fits into the neat, binary definitions of “male” and “female” that society has constructed. Many more trans* people – binary, non-binary, genderqueer, gender-non-conforming, bigender, agender, androgynous and more – are forced out of homes and jobs if they’re outed or if they dare to out themselves. They lose family, friends, partners. They lose everything – or more accurately, everything is taken from them by a society that deems them undeserving.

I have trans* and genderqueer friends. They’re people, just like me. They’re straight, homosexual, bi, pansexual, asexual, mono, poly, single, in relationships, looking for love, sometimes finding it, sometimes not. They’re not normal – but that’s because “normal” is a fiction designed to keep anyone who doesn’t tick a certain set of boxes from ever being granted their birthrights. My trans* friends are game developers, writers, photographers, designers, sex workers, literature students. They live and love and laugh and cry and bleed just like I do. They’re not any more different from me than my cis friends are – in fact, I have a lot more in common with most of them than I do with most people, because we share an understanding of what it’s like to live in a society that has designated you Other and will use any means necessary, including violence, to keep you from rising above your place.

That said, I cannot tell you what it is like to be trans*. I can only relate the stories they’ve told me – about losing jobs when they decided to out themselves, about threats of violence as they walk down the street to get groceries, about contemplating suicide as a means of escaping a world that doesn’t want them. I can only tell you that they are human and they are hurting in a way that nobody deserves to hurt. I can only tell you that I love them and I want their pain to stop.

They do not deserve the way they are treated – living in fear for their lives, knowing that each time they dare to leave the house, they’re exposing themselves to people who will mock and ridicule them if they don’t “pass”, or who might fly into a violent rage and beat or kill them if they “pass” too well and are deemed deceptive tricksters. I cannot tell you what it is like to live that way, but I can tell you something you should already know: that it is wrong. I can tell you that nobody should have to live every single day fearing for their lives because they were born a little different – not abnormal, just a little different. I can tell you that you need to stop thinking of them as freaks. I can tell you that nobody deserves to be denied dignity, humanity and compassion based on their gender.

I am not qualified to tell you how to be a trans* ally, but I have friends who are. I urge you to read what they have to say and take it to heart. Read this Trans* 101 by @transstingray. Read “How to be a Trans Ally” by Metamorpho-sis. Read Samantha Allen’s excellent Thought Catalog piece, “7 Ways To Be A Trans Ally”. Learn it. Live it. Internalise it like you once internalised those messages about what made a man a man or a woman a woman. Remember that there are people whose lives depend on you taking this seriously.


I cannot undo the harm I once did, but I can try not to do any more. And I can try to make things better. So can you. Erase transphobic slurs from your vocabulary. Stop thinking people need to fit into arbitrary boxes. You don’t need to declare yourself an ally – you just need to be a decent human being. I’m begging you on behalf of every friend of mine who has to live in fear because they exist in a society built on fear and hatred of difference. We have done so much harm. It is time for us to begin to make amends. 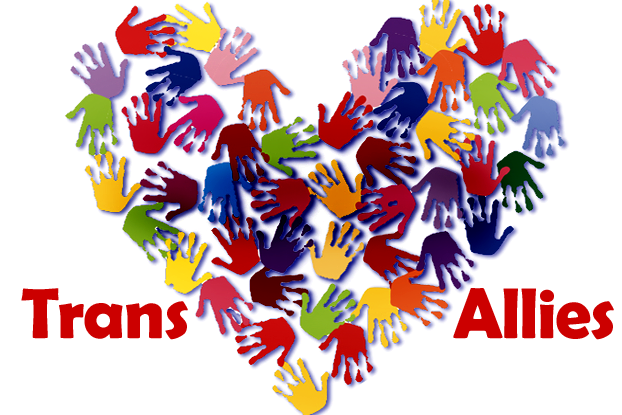