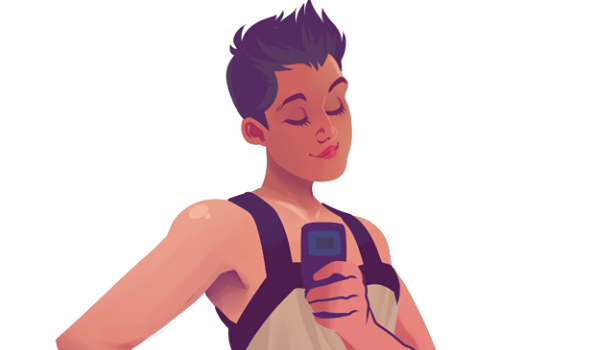 While her mom talks to CNN to profess her love and support, Leelah’s Reddit posts paint a homelife defined by bullying and fear.

Much has been written about Leelah Alcorn’s suicide note* which identifies conversion therapy and unsupportive parents as contributing factors to what happened to Leelah. Under the weight of public condemnation, Leelah’s mother, Carla Alcron told CNN that “[W]e told him [sic] that we loved him [sic] unconditionally. We loved him [sic] no matter what. I loved my son [sic]. People need to know that I loved him [sic]. He [sic] was a good kid, a good boy [sic].”

Months prior to her suicide, Leelah posted on Reddit, seeking help in dealing with parents who forced her into conversion therapy. Leelah, contradicting Carla Alcron’s claims to CNN, recounted that her parent’s bullying made her feel as if she “didn’t deserve to be alive.”

Sorry in advance for the long post, but I really need help.

Hi, I’m Leelah, 16 and MtF/dmab. Ever since I was around 4 or 5 I knew I was a girl, just like most of the lovely ladies on here, but I didn’t actually understand that it was possible to successfully change genders until I was 14. As soon as I found out what transgender meant, I came out to my mom. She reacted extremely negatively, telling me that it was a phase, that I would never truly be a girl, that God doesn’t make mistakes, that I am wrong, and it felt awful.

She then proceeded to tell my Dad without my consent, and they were both extremely angry with me. They never physically hurt me, but they always talked to me in a very derogatory tone. They would say things like “You’ll never be a real girl” or “What’re you going to do, fuck boys?” or “God’s going to send you straight to hell”. These all made me feel awful about myself, I was christian at the time so I thought that God hated me and that I didn’t deserve to be alive. I cut myself at least once every couple days, and I was constantly thinking about suicide.

I wanted to see a gender therapist but they wouldn’t let me, they thought it would corrupt my mind. The would only let me see biased Christian therapists, who instead of listening to my feelings would try to change me into a straight male who loved God, and I would cry after every session because I felt like it was hopeless and there was no way I would ever become a girl.

Eventually I lied to them and told them I was straight and that I was a boy, and then the derogatory speech and neglect started to fade. I tried my absolute hardest to live up to their standards and be a straight male, but eventually I realized that I hated religion and my parents. I came out as gay in school, hoping to ease my friends into the whole LGBT thing before I came out as trans. Although my friends reactions were mostly positive my parents were beyond pissed. They took me out of public school, took away my phone and computer, and wouldn’t let me on social media websites, so I was out of contact with any of my friends. I was like this for 5 months, completely and utterly alone. I wasn’t allowed to talk to anyone outside of church and I wasn’t allowed to be with any of my friends, I just had to stay in my house and be quiet.

Eventually they came around and gave me my phone back, but they heavily monitored my facebook/twitter/tumblr profiles in case I did anything “stupid” again. Although I got my friends back I wasn’t allowed to talk to them about anything LGBT.

Since then, I’ve been trying to hang out with my friends more and now that I have a car I have more freedom, but my parents never let me around my friends. I’ve gone out with my friends 3 times in the last year, because every time my parents cancel last minute and make me do something else. It’s like they want me to have enough social interaction so I won’t forget how to interact with humans, but they don’t want me to actually have healthy relationships with people.

This feels horrible. The way I feel when I talk to my parents and the way my parents treat me like I’m subhuman and that my feelings aren’t valid all make me think that I’m going through abuse, but I don’t know if it counts or not. I’m not physically beaten or hit, but I feel like this is a different kind of abuse, maybe mental or verbal or something.

Please help me, I don’t know what I should do and I can’t take much more of this. I don’t know if my problem is serious enough that I can contact authorities for help and even if it is I don’t know how much that’ll damage or help my current situation. I’m stuck.

Although there is an effort to swamp trans-specific helpline call centers [STRONG TW] with bogus calls on the off-chance it will prevent a trans person from accessing help and result in their suicide, below are resources that you can use if you are feeling suicidal:

Parents of Trans Kids: A group of parents who support their trans kids is making themselves available to folks who might need to talk. You can reach them here.

There is a Change and Whitehouse petition to enact Leelah’s Law, a law that would ban conversion therapy. We encourage our readers to support ending these dangerous “conversion” practices.

Leelah’s Tumblr account was, as of today, deleted. A backup copy is located here.