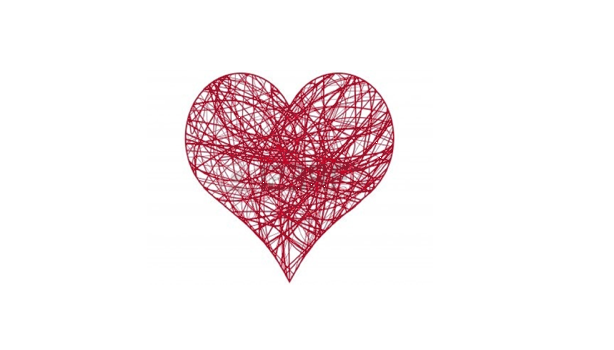 Although I have been part of the LGBT community for the last three years since my daughter transitioned from male to female, I still seem to learn something new every day. Take, for example, my recent discovery of a group that some call TERFs, or Trans-Excluding Radical Feminists.

Within the last few weeks, I’ve become a target of hate from some who watched a video of me giving a speech about my daughter’s transition. Most of that hate came from the religious right, which, having been part of that community for much of my life, I completely expected. Around the time I learned about TERFs from the now infamous New Yorker piece, Gender Identity Watch publicly asserted that I am a child abusing homophobe and privileged themselves in diagnosing me as having Munchausen by Proxy (because they’re doctors, you know). After that, I started researching exactly what the TERF movement is all about. According to TERF ideology, my 3-year-old daughter — sexed male at birth — leveraged her male privilege in order to infiltrate women’s spaces. Isn’t it amazing what 3-year-olds can do?

Actually, it is pretty amazing what 3-year-olds can do. They understand the way they relate to their own bodies and since this is the age when self-actualization occurs, children who have already learned to differentiate between genders can positively assert which one they are.

…the concept of gender constancy develops in the growing child. This refers to the ability of a child to concretely differentiate between the genders, frequently occurring by age 2 years, at which time the first expressions of gender identity are commonly made. …as gender development progresses in children, an acceptance and personal expression of a gender identity occurs. Traditionally, this has been called the core gender identity. Evidence suggests that this expression usually takes place by age 2-3 years. – Medscape

We tried to “correct” her identification for months

TERFs will have problems with this for a few reasons. First, they say genitals are the sole determining factor for a person’s gender identification. See, they don’t differentiate between sex attributes and gender identification in the way that psychiatric and medical associations do. You see, when it comes to gender identity, TERFs are the experts (not the actual experts). Second, they will say that it’s only ever environmental influences that shapes gender identity, or that parents influence a child’s behavior and “make” a child transgender by teaching him or her to be the opposite gender. Third, they’ll say gender doesn’t really exist at all, and that we all only think it does because our misogynistic culture has taught us that we have different gender identities so that women can be oppressed.

A child’s gender development, meaning maturation of gender identity, clearly begins in the intrauterine stage. MRI studies in human and animal models reveal that the corpus callosum, amygdala, cerebellum, and portions of the preoptic area of the hypothalamus are larger in brains exposed to intrauterine testosterone. Corresponding parts of the brain are smaller in female, or testosterone-deprived, fetuses. Indeed, in the absence of testosterone, the fetus continues its progression in the female state.

The gender identity of a fetus, and later of an infant, is still incomplete by definition. Until a self-conceptualization of such an identity can take place, it remains in flux. At the same time, current research indicates that, because of the expected hormonal exposure secondary to genetic sex, all newborns probably have a certain gender bias toward a particular gender identity. Predicting this based on external anatomy or on other factors is not completely accurate because no specific means exist to verify the presupposition.

Rudimentary gender identity at birth, although incomplete, is an important determinant in gender development. The dimorphism of the brain itself suggests a strong biologic underpinning to eventual gender development in the vast majority of individuals. – Medscape

However, any discussion of a biological influence on gender identity formation won’t matter to TERFs because they know – in an absolute sense – that for all people, gender identity is only ever an environmental construct, so a trans child must have been groomed into being the opposite gender. I will use my daughter as an example of how this is patently wrong. My husband and I had two children, both assigned male at birth. I was ecstatic. I wanted sons. I didn’t want a daughter and everyone who knew me (including the sonogram technician who I asked to double-check that the blip she said was a penis wasn’t actually the umbilical cord trying to trick us) was very aware of that.

Calm down, TERFs! I didn’t want sons because I’m so oppressed by the patriarchy that I realized only boys would fare well in this world. I wanted them because I am very aware that many people don’t raise their boys to be good men, and I’m afraid of what girls and women in today’s society face from those bad men. In quite a feminist frame of mind, I wanted to raise boys who would grow up to treat women with respect and work towards a more equitable future for everyone.

We had what we thought were two sons. They were raised in a boy-centric household. My husband works with athletes every day in a very macho environment. He was quite rough and tumble when playing with our kids and wrestled around with them a lot. Growing up, I was a tomboy and had multiple concussions and broken bones from my rough play, too. I worked in the male-dominant world of professional sports. I didn’t own a single pink item of clothing and rarely wore make-up or painted my nails. Our kids attended a daycare where the boy-girl ratio was about 5:1. All of their toys were from the “boy aisle” at the store. They were being encouraged to be tough and rugged. Their world was a very “testosterone-biased” environment. And yet, at the age the experts say gender identity forms, my daughter told us she is a girl.

In fact, at first we thought that maybe she was simply gay, and since we both have gay best friends, we were perfectly fine with that. We tried to “correct” her identification for months and we didn’t allow her to transition until she became suicidal and talked of jumping out into traffic to kill herself. Aside from my personal experience, I know hundreds of other families with transgender kids who have similar stories. One of my favorites is of a self-described “radical lesbian feminist” couple who adopted a daughter and struggled when “she” told them “she” was really a trans boy. They would have been thrilled to simply have a lesbian daughter and tried to persuade him for almost a decade that he was really a lesbian and was simply confused. But he was insistent, consistent, and persistent in declaring his gender identity.

Strangely, TERFs apparently believe that my daughter still retains male privilege. According to TERF ideology, with her ponytail and pink sparkly dress on, she has more power and privilege than the radical feminist lesbian couple’s trans son does even though he looks like all of the other 20-year-old testosterone-laden men in his college dorm. I honestly don’t have any argument against this belief, because it is so ridiculous that 99.9% of the population can see right through the flawed logic. I don’t need to do the work of debunking it when people can do it for themselves with the application of common sense.

I’m a logical, science-loving woman who loves my cis son and trans daughter equally. I support both of them in exploring and growing into their gender identities, whatever those are. I have no rules or restrictions on their gender expression as long as they are happy and healthy. I will continue to trust the actual medical and psychological experts who affirm my daughter’s gender identity.

Too many transgender kids attempt suicide because of bullying, which is exactly what I consider TERFs to do. Denying how a person feels about him or herself tells the person that you have no regard for them as a human being. Many transgender people describe going through puberty as torture and call their hormones “poison” because of how they feel living with their effects. The humane reaction would be to trust that people can and do know who they are inside without calling them names and denying them the approved medical options.

All I need to do each day to know that the TERF ideology is completely misguided is to look at my daughter and see how confident and at peace she is. I pray the TERF hyperbole will be drowned out by understanding voices. Trans women and girls are true women and girls. Feminists should embrace equal rights for all of them.