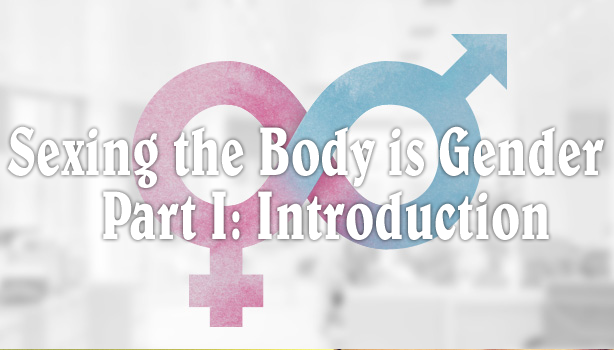 About a decade ago, the feminist community came up with the term Trans Exclusionary Radical Feminist (TERF) as a way to halt the default colonization of Radical Feminism and feminism itself by TERFs (and this move by feminists is, of course, claimed to be incredibly insulting). Now, under a wave of new awareness of the hate group hiding among them, feminism is becoming more vocal about its recrimination of TERFs. Old TERFs and TERF allies like Sue Hyde and Gloria Steinem have openly recanted their TERF rhetoric and other TERFs, like Max Feldman, came out as trans.

For more than 40 years, TERFs have been bullying both trans people and the feminist community itself. Nothing I cover in this response to the recent uptick in TERF histrionics – embodied by the publishing of Sheila Jeffrys’ Gender Hurts by Routledge – is particularly new. Since the 1970s, both trans people and cis feminists have questioned the TERF assertion that while the gender binary is BS, the sex binary is real and immutable. TERFs will openly cite radical feminists such as Andrea Dworkin and Monique Wittig, both being RadFems who openly denied the sex binary, while appealing to a purported natural binary system of forcibly sexing bodies. Indeed, while RadFems like Dworkin openly supported trans medical care (including surgical intervention)[1], at the 2006 Andrea Dworkin Commemorative Conference, Sheila Jeffreys said:

Now one of the things I find puzzling about it is that, when I look at the House of Lords debate on this legislation, those I agree with most are the radical right. Particularly the person I find that I agree with most, in here, and I’m not sure he will be pleased to find this, is Norman Tebbitt… Tebbitt also says that the savage mutilation of transgenderism, we would say if it was taking place in other cultures apart from the culture of Britain, was a harmful cultural practice, and how come we’re not recognizing that in the British Isles. So he makes all of these arguments from the radical right, which is quite embarrassing to me, but I have to say, so called progressive and left people are not recognizing the human rights violations of transgenderism or how crazy the legislation is.

This series will review the TERF fallacies and the techniques they use to forcibly inject these (sometimes violent) aggressions into feminist spaces. While I’m sure that TERFs will assert that the issues I review are somehow anti-RadFem/feminist/woman trans “ideology,” let me dispel that notion right now. Consider the following from the iconic feminist newspaper, Sister:

Transsexuality attacks the assumption that genetic double-X = woman and single-X = non-woman, no exceptions. And that sounds suspiciously like the worn out code of the other group: girls are girls and boys are boys, etc.

Transsexuals are victims of this code in a special sense, but we are all victims of it, ultimately. They reject the code that says genetics determine gender (and they usually reject it early in life – as young as 3 or 4). Without realizing it then, they create a new code: double-X = women or man, single-X = man or woman.

Every transsexual knows that complete acceptance will only come from a few intimates. What we non-transsexuals need to know is that the issues raised so painfully in the lives of transsexuals are issues that feminists struggle with – and not always from different roots. All of this is rooted in “What is a womin?” History defines “woman,” assigned double-X people and only double-X people to that category, then oppressed from there. Both transsexuals and feminists attack history’s definition. Will herstory really join history in assigning the category womin to only and all double-X people?

Many of the issues I’m reviewing have been a part of feminist discourse since before the TERF movement showed up on the feminist scene to silence it. My challenges to the “natural” binary TERFs seek to both protect and promote aren’t new; the feminist – and especially the RadFem community – were making some of the same points I will make throughout this series decades ago. Essentially, this series is about exposing how TERFs acted to colonize the RadFem and later, feminist identity through aggression.

TERFs have continued to employ their bullying tactics, irrespective of the cost to trans people and their publicly obdurate behavior is always carried out in the name of feminism. Power, in a Foucaultian sense, isn’t just about the power of law and institutions; power is also about the uptake of governing ideas that imposes its own behavioral norms though discursive contextualizations[3]. In other words, when TERFs spent a year widely promoting the idea that Planned Parenthood was teaching trans women how to rape lesbians, the uptake of this falsehood felt like empowerment to TERFs.  TERFs, using their feminist academic credentials, inspired a medical system that was hostile to the trans community, resulting in the death and suffering of untold numbers of trans people, all while advocating for a national system of reparative therapy for trans people.  Jeffreys, fraudulently passing herself off as an academic with expertise in trans issues, was able to get an academic press to publish a book that consistently uses “transgender” as a verb and as an ideological “ism,” cherry picks data to make sweeping generalizations in service of strawman arguments, appropriates right-wing anti-trans talking points and openly cites anti-trans internet trolls like the proprietor of GenderTrender. All of this is, of course, done in the name of feminism.

Some of the old TERF opinion leadership from the 1970s – such as Lisa Vogel,  Robin Morgan and Bev Von Dohre – are still very active in the feminist community, happily sewing malignant seeds of hate. Consequently, I am revisiting the conversations TERFs worked to squelch in the 1970s and continue to try to troll out of existence today.

My series will attempt to unravel some of the convoluted straman arguments and equivocations TERFs have used for decades. I will review the rhetoric, tactics and misrepresentations TERFs commonly use to validate their bad behavior and contrast it to proven strategies for overcoming oppression. In short, this series will review of how TERFs, caught up in a vicious cycle of their own design, desperately grasp at false empowerment, sacrificing the beating heart of their own proclaimed goal of liberation for a string of momentary releases found in their hyper-focused identity policing.

[1] “It is a ‘disease’ with a cure: a sex-change operation will change the person’s visible sex and make it consonant with the person’s felt identity… That means every transsexual is entitled to a sex-change operation, and it should be provided by the community as one of its functions. This is an emergency measure for an emergency condition… by changing our premises about men and women, role-playing and polarity, the social situation of transsexuals will be transformed, and transsexuals will be integrated into community, no longer persecuted and despised.” – Andrea Dworkin, Woman Hating, p 186

“I decided now—when invited by Feminist Times to write what became this personal memoir—to put to rest one of those falsehoods: that Andrea, as a radical feminist, was ‘transphobic.’ I know not everyone will be persuaded or convinced. But I felt honor bound to try.” – Andrea Dwokin’s long-term life-partner and Radical Feminist, John Stoltenberg in a post to me, 5/1/2014

[2] See Janice Raymond’s The Transsexual Empire, pp 85, 102 – 104 [3] Consider the way Janice Raymond leveraged discourse to create a false framework through which the US government could come to perceive trans people, resulting in the US government withdrawing recognition of the need for trans medical care. See Raymond’s work for the National Center for Health Care Technology, a government-funded body that wrote reports for the US Dept. of Health & Human Services (HHS).