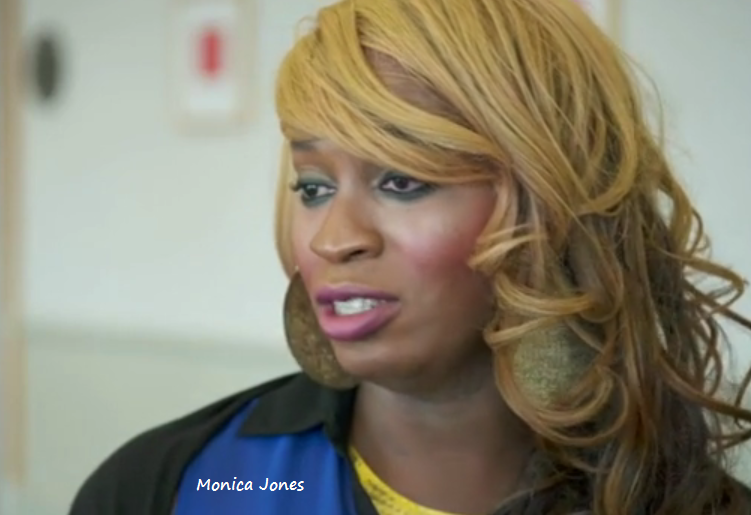 Monica’s troubles began one night after protesting Arizona’s failed religious anti-LGBT legislation while walking to a bar. An undercover officer engaged her in a conversation which led to her being charged with “manifesting prostitution”, AKA walking while trans.

Since Jones hadn’t been previously charged with similar ‘crimes’ Ms. Jones was offered a deferral if she enrolled in the Catholic/police/university “Project Rose” and successfully completed it.

However, Ms. Jones is fighting back refusing the plea and religious programming despite being repeatedly harassed by police.

Moskal-Dairman is certain her friend was profiled, saying Jones was stopped multiple times after the initial run-in with the undercover officer and that SWOP-Phoenix has a video of police profiling Jones and using discriminatory language against her.

“She was profiled as a sex worker because she’s a trans woman of color. She is not guilty,” Moskal-Dairman said.

Jones has sequentially becoming a local and national icon for the woman previously targeted by this program with its 70% fail rate.

The program’s co-founder was recorded in the video below saying she believes that once a woman prostitutes herself she will forever remain burdened with shame.

Once you have prostituted yourself,  having so many body parts in your body, and doing so many weird and freaky things you can never have not have not prostituted.

No argument there. Once you become indoctrinated with Catholicism you will be forever shameful.

Monica isn’t the first one to suffer the consequences of speaking up. Al Jazeera reporter Jordan Flaherty was fired and his 2013 article “Arizona’s tenacious laws against sex workers US state’s initiative that aimed to improve prostitutes’ lives has brought “no real reform” as harsh penalties persist” was deleted. You can still read Jordan’s article here.

Sex Work In Phoenix from news clips on Vimeo.

Al Jazeera has since published a watered down version of their original article but RT has taken up the slack by publishing Sex workers in Arizona given choice of therapy in church or arrest.