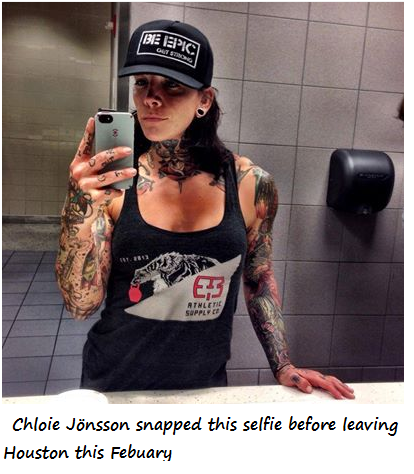 Chloie Jönsson is suing Rebox CrossFit for 2.5 Million dollars after receiving a letter reeking of cisgenderism and transphobia telling her she could not participate with other women in the March Cross Fit Games.

In a letter obtained by TMZ Sports  she was told by CrossFit “We have simply ruled that based upon [Chloie] being born as a male, she will need to compete in the Men’s Division.”

CF argues … “The fundamental, ineluctable fact is that a male competitor who has a sex reassignment procedure still has a genetic makeup that confers a physical and physiological advantage over women.”

But in the letter, CF gets aggressive — saying, “Our decision has nothing to do with ‘ignorance’ or being bigots — it has to do with a very real understanding of the human genome, of fundamental biology, that you are either intentionally ignoring or missed in high school.”

Crossfit goes on in the letter saying that they ’embrace’ transgender athletes. But obviously not enough to allow a trans woman a chance at the $250,000.00 prize money.