The Trans Exclusionary (self-identified) “radical feminist” lawyer Cathy Brennan sent, via her attorney, a cease-and-desist letter, asserting that the following statement from a TransAdvocate story titled, Fake “Radical Feminist” group actually paid political front for anti-LGBT James Dobson organization is false and must be removed from the story:

This is not the first time TERFs have worked with anti-feminist/LGBT groups in targeting transgender kids. In 2014, TERF attorney, Cathy Brennan and her “radical feminist” organization worked with the anti-abortion/LGBT group the Pacific Justice Institute (PJI) in targeting a 15 year old trans girl, resulting in the youth being placed on a medical suicide watch.

The Pacific Justice Institute, an anti-LGBT hate group, concocted a story, claiming that a 15-year-old trans girl was sexually harassing cis girls in the girl’s bathroom and that the school couldn’t do anything to prevent the harassment because it had a nondiscrimination policy covering gender identity.

The TransAdvocate debunks PJI’s claims. Even so, here is a taste of some of the hate this lie generated toward the trans girl: 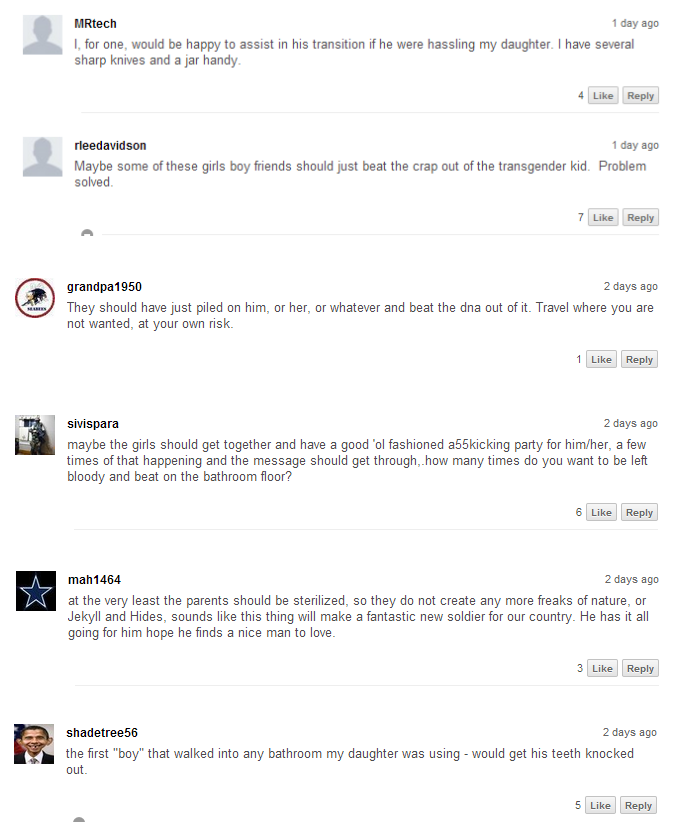 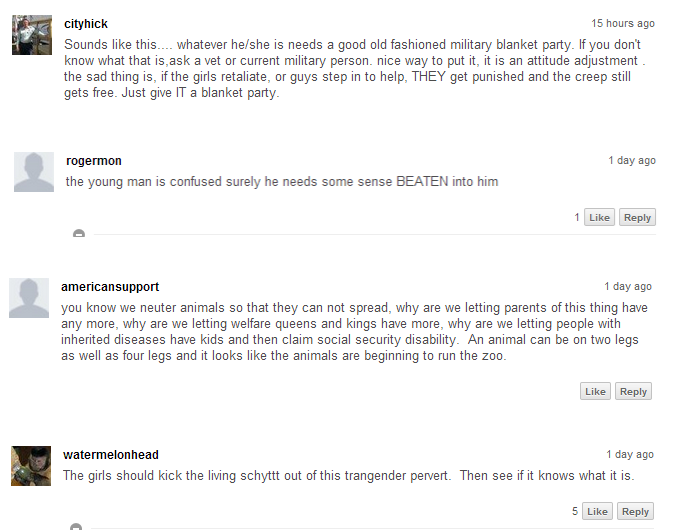 The fake story is still up on the Fox News website. 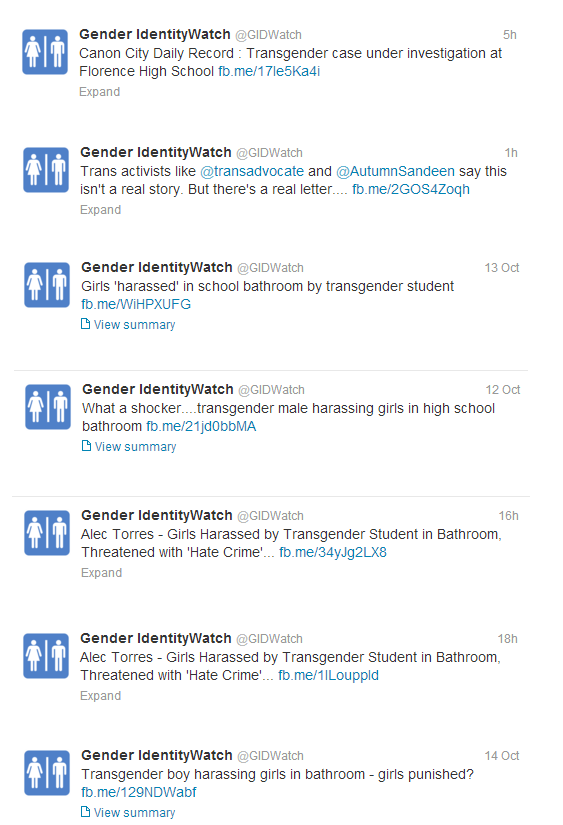 Even though the school itself was, by 10/14/13, on tape asserting that the narrative Gender Identity Watch was pushing (ie, PJI’s narrative) was false, Brennan claimed that the debunking was “bullshit” and that she would be contacting the source of the debunked claims against the trans girl, the anti-LGBT hate group, PJI herself.

By October 15, 2013 major news outlets retract and delete the false stories they had published about the trans girl, based upon PJI’s debunked claims. Even so, Brennan’s group continued to promote PJI’s debunked narrative. 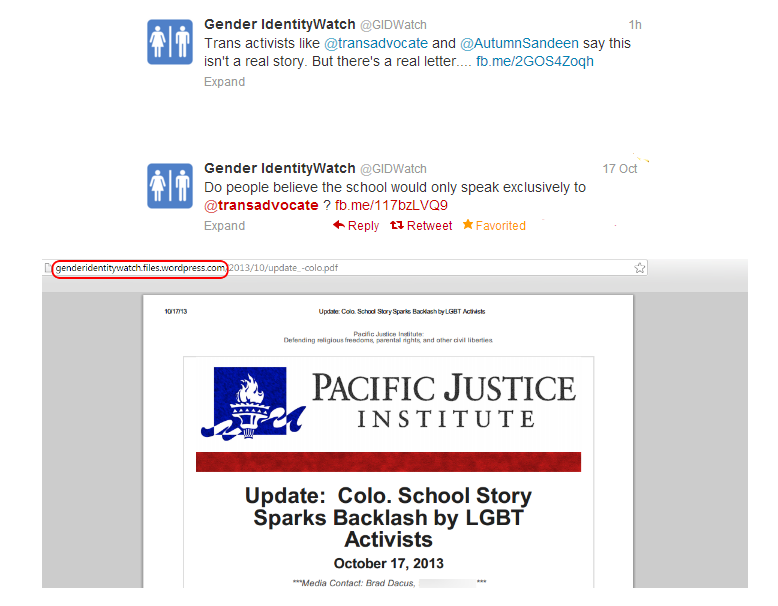 In light of the above documented behavior, focused upon supporting and sustaining a demonstrably false media narrative, targeting an innocent trans youth, and crafted by an anti-LGBT hate group, one might be tempted to view such obdurate behavior as being the actions of someone involved in, as several thousand people assert, an anti-trans “hate group.” Such documented behavior might belie claims of any self-professed “radical feminist” status. In such an event, one might understand the motivation that drives one to attempt to intimidate trans journalists into censoring certain timeline facts relevant to news regarding fake “radical feminist” organizations funded by anti-woman/anti-LGBT James Dobson organizations.

Read the cease-and-desist letter below:

If you’d like to know how a little trans advocacy helped right all the wrong done to the 15 year old trans girl, you can read all about that here: