Today’s guest post comes from Jane Fae. Fae is a free-lance journalist, writing about law and computer technology, privacy and censorship. She has been a regular contributor to The Register and The Guardian. She blogs at Jane Fae 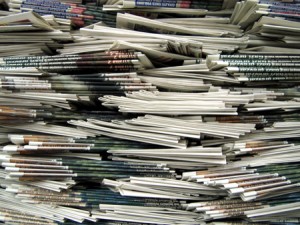 The UK’s Telegraph newspaper was today accused of displaying outright contempt for the trans community as well as a callous disregard for the feelings of relatives of deceased lawyer, Sonia Burgess, by deliberately going out of their way to misgender the victim.

The misgendering appeared yesterday, in reports of the first day of the trial of Senthooran Kanagasingham, 35, formerly known as Nina, accused of Sonia’s murder

In opening remarks, prosecuting counsel noted that while maintaining her birth gender for work purposes, Sonia otherwise lived full-time as a woman: her family were aware of this and it was their wish that she be referred to throughout the trial as such.

It is understood that there has been no dissent from this by either the trial judge or defence counsel: in court, therefore, Ms Burgess is likely to be referenced as “she” throughout.

However, in its first report on the trial, the Telegraph newspaper has ignored the wishes of family and appears to have insinuated a significant number of references to Sonia as male into their coverage.

This has drawn fire from many comments on trans bulletin boards from individuals concerned at media coverage of this trial, with many expressing surprise and outrage that the Telegraph appears to have taken a tack in reporting this story that is not reflected by coverage elsewhere on Fleet St.

According to the Telegraph newsdesk, their crime correspondent is Mark Hughes: however, no by-line has been appended to the current article and the Telegraph have refused to confirm authorship.

They have also declined to provide any further comment on this matter.

“Using the wrong pronouns to describe a trans person may seem like a small thing but it has a big effect. It sends out a message of disrespect for that person’s identity.”

“That the Telegraph should show such disrespect for a murder victim, whose loss is felt dearly by all who knew her, is particularly unfortunate. I trust that this was an error which will not occur again.”

There may have been some excuse for this sort of reporting ten years ago: there is none today, given the degree to which the press in general are that much more familiar with trans issues – and also given the existence of bodies such as Trans Media Watch and the publication of simple style guidelines for the press on reporting of trans issues.

It is possible that, as Sonia Burgess had not formally amended her gender on her birth certificate, there is a narrow legal point of view that she was therefore still officially “male” and the Telegraph is merely reporting accurately.

That holds no water whatsoever, given the state of current UK law in this area. The “change” to gender brought about by applying for a gender recognition certificate (GRC) applies quite narrowly: by contrast, a wide range of official government bodies, including the inland revenue, NHS and passport office are more than happy to treat individuals in line with their identified gender with or without a GRC.

In the last parliament, the Labour government openly advocated the provision of dual identity cards for trans individuals who were still transitioning, allowing them to switch between gender identities as appropriate.

In other words, the legal position is far from clear-cut, and any attempt to appeal to that by the Telegraph’s crime correspondent, who might be expected to have some good knowledge of the background to legal issues, will not wash.

Meanwhile, the deliberate nature of the Telegraph’s misgendering can be seen by the way in which they prefer a highly tortured style of writing to simply granting the deceased and her family her final wishes.

So, as the report alternates between direct quotes from prosecuting counsel and the Telegraph’s gloss on same, the reader is forced to switch, almost every other par, to reading of Sonia as she and Mr Burgess as he: some might be forgiven for imagining there were actually two different victims.

If going along with the wishes of the deceased’s family – as papers such as the Daily Mail have so far managed without difficulty – was too much, perhaps the adoption of a passive voice would have helped.

Last up is the Telegraph’s failure to respond. As noted in one submission to the Leveson Inquiry, a major issue with the way the press treat the public is that while stories can be written and up in minutes, the excuse of “procedures” is then used to take hours, days or sometimes months to respond to any specific criticism of the way the media have handled a story.

I just read a sad little rant by a TS Separatist: “I see the T in lgbt as being a dumping zone, a miscelaneous, really in my view, the T is a junk drawer, an oubliette if you will. The…
Read
Previous Post

I know someone who was kicked out of her family’s home because she was trans. When she was on the streets, she went to the only place she knew would be welcoming to someone like herself: a gay bar. When…
Read
Random Post

Multiple news outlets have reported on the recent torture, murder, and mutilation of a mid-western trans rapper. The rapper, Evon Young went missing January 2. The official story is that 5 men were arrested for torturing, mutilating, murdering, immolating and then throwing Evon…
Read
Random Post

It's hard for me to imagine the actual discussion language in meeting between Pacific Justice Institute's (PJI's) president Brad Dacus, staff attorney Matt Reynolds, and board member Tim Lefever -- all attorneys -- where they developed plans and talking point…
Read
Random Post

As some of you know some Separatists recently colluded in a bid to have the United Nations remove trans protections based upon gender identity and expression. Dana Lane Taylor, Cathy Brennan and Elizabeth Hungerford happily sent the following letter to the United Nations Entity for…
Read
Random Post