I’m beyond sick and tired of being sick and tired of the near genocidal levels of anti-trans violence that are taking away far too many under 30 transwomen of color before they’ve had a chance to live their lives.  We are not only losing them, but their potential contributions and talents toward building all the communities we intersect and interact with.   TransGriot  April 5, 2013

29 year old Kelly Young, 30 year old Ashley Sinclair and 20 year old Ce Ce Acoff until this month were living their trans lives.  Now they are all dead because they were fighting the just battle for self determination of their own identities.

Translation from Jordana’s eloquent quote: they died because somebody hated the fact they were trans and arrogantly presumed they had the power to erase them from this plane of existence.

Kelly died on April 3 in Baltimore, MD.  48 hours later Ashley was killed in Orlando, FL and now we discover that Ce Ce Acoff’s body was found with multiple stab wounds on April 17.

Right now I’m angry, and it’s not just because of the jacked up Cleveland Plain Dealer article in Ms. Acoff’s case. I’m pissed off because this is the third African-American transwoman we have lost this month. 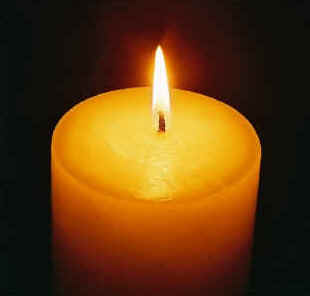 What’s making me even more upset right now is the latest girl like us to die was only 20 years old.

I hear the news about this latest April 2013 death on the very night in Oakland they are having a memorial candlelight vigil for Brandy Martell who was killed one year ago today.

The three deja vu trans deaths of April 2013 eerily replicates the deadly trifecta of African American trans murdersthat happened just 12 months ago last April.  So you can understand why I went nuclear over that transphobic Acoff article and mad that history repeated itself .

The painful reality we’re dealing with is that three more African-American transwomen will never reach their 40th birthdays.   In Ce Ce Acoff’s case,she like Chicago’s Paige Clay will never see her 30th, much less her 25th birthday.  It’s three more names we will have to read through blurry, tear soaked eyes on November 20 on a Transgender Day of Remembrance list that will probably be adding more names to it before the cutoff date for the 2013 TDOR memorials take place all over the world.

A TDOR names list that once again will be overflowing with the names of Black and Latina transwomen.

Once again I’ll be headed to another birthday thinking about the transwomen that won’t get the opportunity to grow a year older and celebrate it like I’ll hopefully be doing on Saturday.