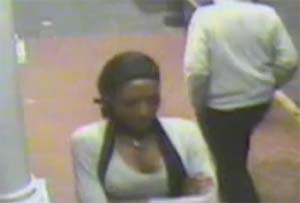 Why in Hades is it so hard for professional journalists to get this breathtakingly simple concept?

Per the AP Stylebook:

transgender-Use the pronoun preferred by the individuals who have acquired the physical characteristics of the opposite sex or present themselves in a way that does not correspond with their sex at birth.

If that preference is not expressed, use the pronoun consistent with the individuals live publicly.

Once again (sigh), we have another example of media misgendering of a transperson.

This person is being sought by the New Orleans po-po’s as a suspect in a French Quarter robbery.   BTW, if you have info in that regard, call New Orleans Crimestoppers

But back to riffing on the media again.   WWLT-TV’s report was in violation of the AP Stylebook guidelines for reporting on trans people.  Since they have shown no aptitude for being able to read the English language version of the AP Stylebook  the TransGriot is going to have to go back to her earlier blog policy of showing them by example how it should have been done.

NEW ORLEANS – Police are searching for a suspect they describe as a transgender female who they say robbed a man while walking on Bourbon St.

According to police, the robbery happened early Tuesday morning at around 5:25.

According to police spokesman, Frank Robertson, the suspect reportedly approached the victim and tried to start a conversation, then two other suspects appeared, and attacked the man. They then took his wallet and money.

See, now that wasn’t so hard was it WWLT-TV?    You might as well start now practicing how to get these descriptions of trans people consistently right since you have a large concentration of my trans peeps in the New Orleans metro area.    It will not be the first or last time you have to accurately report on a trans person in New Orleans, so get used to doing it. .

And since it’s more accurate, it might even lead to the capture of said suspect instead of the confusion you sowed when you wrote the aforementioned piece describing a person with a feminine gender presentation as a man. 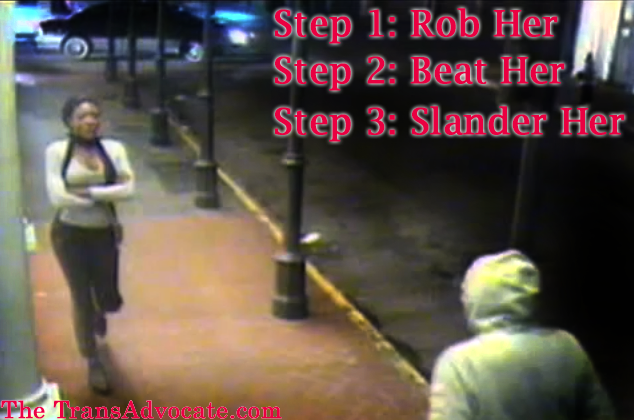 On one of the trans Facebook groups I monitor a post was put up about the gruesome murder of transman  Evon 'Yung LT' Young.  One person remarked in the comment thread under the post that's why she never leaves her home,…
Read
Previous Post

It's past time it happened, but it took the November 6 election for this welcome news to become a reality. The Puerto Rican legislature is proposing a trans inclusive anti discrimination bill.    It would make it a crime to discriminate against…
Read
Random Post

Showdown in NC: Read the ultimatum the DOJ sent NC

The Hate We Fight Abroad, The Ignorance At Home

In the context of the "war" for our equality, trans-people have to fight the war on two fronts. There's the kind of hatred that is espoused by morally corrupt people on the right wing conservative side (the "abroad" part of…
Read
Random Post

After my last post about a profile on Grindr using ex-gay writer Matt Moore’s photo and personal details, I contacted Moore, who responded as follows: The grindr profile was really mine. I’ve been on it on and off for the last couple…
Read