A Year in the Life of the Human Right Scampaign

Outlines: The concept of trans issues … are they in partnership just like with Black issues might be, or are they integral to the agency? ENDA is just one example of how that manifests itself.

Birch: I think that the Human Rights Campaign has done as much if not more on transgender issues than most other national [ gay and lesbian ] organizations.If you really look at the actual work. I hope we can get beyond lip service … which is what I think some of the other organizations tend to broker in. We have put a lot of muscle and time and effort to both educate on Capitol Hill, as well formulate realistic, tangible courses of action that might deliver some results down the road.

If the second one is as “honestly” “honest” as the first one purports HRC to be, then what does that say about the entirety of Gay, Inc. – including HRC – circa 1998?

If the second one is not honest, then, well…. 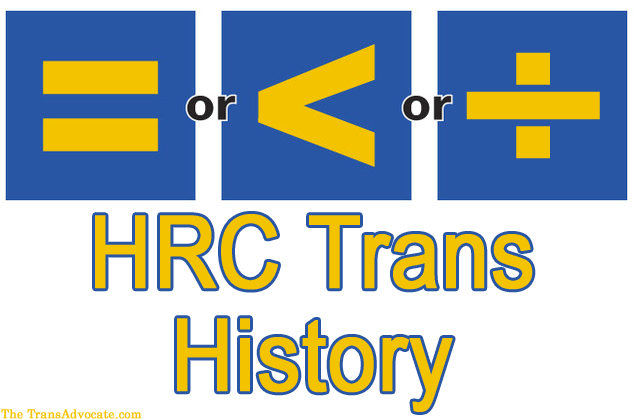 "So, what was Stonewall?"

In the wake of the President Obama's historic speech referencing Stonewall, NPR ran a piece asking and purporting to answer the question, "So, what was Stonewall?" The article calls upon Martin Duberman, now 82, to retell the story of Stonewall. Martin Duberman published the first history of…
Read
Random Post

Disco Sexology, Part Two: The History Disco Sexology, Part Four: CAMH Director By Cristan Williams   Upon completion of this series, this work will be released, in its entirety, as both an audio and ebook. Installment Preface Welcome to the third installment…
Read
Random Post

This is the end... to burnout!

There's been a controversy brewing over at Pam's House Blend, and the flavor of the day is privileged. It all started with the post "Jumping Into The Deep End Of The Language Pool", then "Aravosis Needs To Issue His Own…
Read
Random Post

A former Cincinnati Bengals cheerleader won her defamation lawsuit against a gossip website and its operator, with a jury awarding her $338,000 in damages Thursday. Jurors in federal court in Covington found that posts about Sarah Jones on the Scottsdale, Ariz.-based website thedirty.com in 2009…
Read