Skip to content
[alert type=”info”]I published an earlier revision of this essay first on January 12, 2011 at Pam’s House Blend. I believe the hypothesis of this essay is still true and bears repeating every now and again. ~~A~~[/alert] 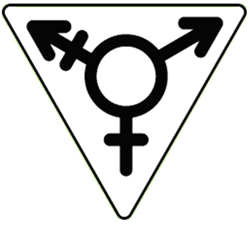 And, I would begin by having us look at Asian-Pacific Islander (API) community activism. There are differences between those of Samoan ancestry and those of Chinese ancestry; there are differences between those Americans who have familial or ancestral ties to Japan, and those Americans who have familial or ancestral ties to Indonesia. But along with differences between ethnic groups that fall under the API umbrella, there are also many similarities and many commonalities. And the commonalities include the discrimination they experience that’s based in racism. Many of those who discriminate against API community members can’t tell a Korean-American apart from a Chinese-American from a Japanese-American; these racists discriminate against all who have gathered under the API umbrella equally because they don’t see any difference between the subcommunities of the Asian-Pacific Islander community.

[pullquote][N]ot every person who belongs to one of the subgroups that fall under the sociopolitical transgender community umbrella choses to identify as transgender…as a member of the transgender community. It’s equally true that not every person who belongs to one of the subgroups that fall under the sociopolitical LGBT community — such as lesbian and gay persons — chooses to identify as a member of the LGBT community.[/pullquote]With legislative or regulatory language, there is no way protect against discrimination of the gender identity of transsexual people without protecting the gender expression of genderqueer people and crossdressers. When a newly out transsexual comes out in the workplace, protecting gender identity doesn’t protect the gender expression of someone who is still legally not the sex and gender to which these someone’s identify. If an employer defines an person as male, but the gender expression of that person as female, the lack of protection of gender expression means an employer can fire someone in the first year of transition — assuming a transsexual follows the transition standards of the Standards of Care for the Health of Transsexual, Transgender, and Gender-Nonconforming People, Version 7. One cannot separate, for the protection of transsexual people in the workplace, gender identity and gender expression without providing employers a loophole for firing transsexual people early in transition.

It’s advantageous for people to organize under umbrella community designators to address issues related to their commonalities. It’s advantageous for broader communities to focus common issues that effect broad numbers of people because numbers do matter to legislators and regulators. This is a truism for transsexual, genderqueer, and crossdressing people who choose to fall under the sociopolitical transgender umbrella; this is a truism for LGB and T people who fall under the sociopolitical umbrella for the LGBT community.

Umbrella communities are an aspect of community building. Building bridges between large numbers of people who associate themselves with subcommunities in a broad coalition –under sociopolitical umbrellas — means there is a greater pool of activists to draw upon to address common community issues. Broad community formed under sociopolitical umbrellas create opportunity for solving common community issues for the broadest range of community members — to result in the broadest range of legal and regulatory protection for the broadest number of human beings sharing significant commonalities.

Those involved in the practical considerations of drafting legislation and regulations, know that language which just picks addresses the issues one narrowly defined group fails. Just as legislation that protect against discrimination of Chinese-Americans but not Japanese-Americans would leave gaping holes where Chinese-American could be discriminated against because an employer or peer perceived as Chinese-American as a Japanese-American, there are holes in protecting people based on sexual orientation without protecting against discrimination based on gender identity or gender expression. If government or employers designate sexual orientation as a protected class without defining gender identity and gender expression as a protected class, that leaves legislative and regulatory holes that all LGBT community members can fall through the cracks.

And too, language that is not based on broader, umbrella definitions is going to be exploited by people who wish to divide the umbrella communities that share notable commonalities. Does anyone remember the what the happened with regards to the Employment Non-Discrimination Act of 2007/2008? The division of community that occurred didn’t even benefit the gay, lesbian, and bisexual people who were left in the bill when gender identity (to include gender expression) was taken out of ENDA — we still don’t have a federal law that protects based on sexual orientation, let alone one protects on sexual orientation and gender identity and gender expression. Community numbers, and broad community solidarity, when pushing for freedom, equality, and justice — for civil rights — matter.