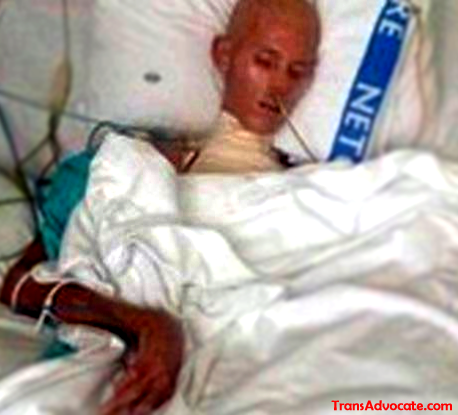 Raymond Buys was sent to an infamous right-wing training camp for effeminate boys. “I sent my son on this course to make him a better man, to give him a better future…” said Buys’ mother, Wilma Buys. 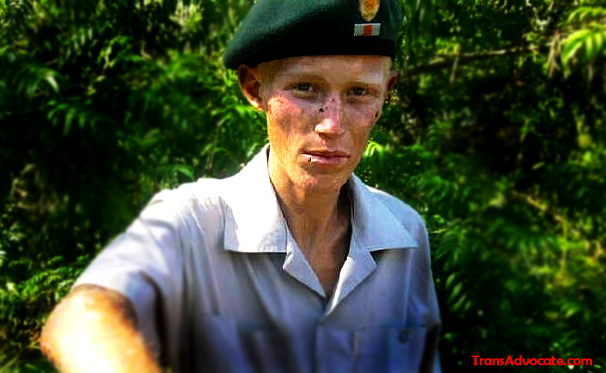 Upon admission to the hospital, Buys had had brain damage, cigarette burns all over his body, a broken arm, numerous bruises and resembled Nazi concentration camp survivor. He died weeks later.

The camp which is supposed to turn effeminate boys into manly men is located in very secluded South African town of Swartruggens. The camp calls itself, Echo Wild Game Rangers (now offering a 15% tuition discount to boot!) and has been in trouble for suspicious deaths of boys in their care before.

According to court documents, boys were subject to such tortures as having boiling water thrown on them or being dragged behind a pickup truck. It’s reported that before Buys tried to escape the camp, he had been strapped to a chair and electrocuted.

What is so shocking is that the murder of Buys is not the first, as Echo Wild Game Rangers has seen the deaths of 2 young teens, also perceived as gay and clearly effeminate, when in  2007, 18-year-old Eric Calitz and Nicolaas van der Walt, 19 both died in similar circumstances.  de Koker was handed a suspended sentence in 2009 over Calitz’s death but escaped charges for van der Walt’s death, which was ruled to have been caused by a heart attack. It was reported that de Koker told Calitz  that he wasn’t a “moffie” (like saying “fag”) and he “would make a man out of him.”

The idea of the camp is to apparently make men of teens and to “cure”  ‘”feminine traits’ in male youths…” another way of saying gay reparative therapy, instead in this instance that therapy involved “beating the gay out of the kid” – torture and if torture didn’t effect the desired change, then certainly murder would; after all a dead teen is not a gay teen.

The Telegraph seems to be the source of early reports concerning this organization and its victims. Camp leaders have since plead not guilty to all charges.

Go to top
NOTE: Other such camps are said to exist throughout the world (though this might be the worst). An online petition is asking the President of Malaysia to shut down one such camp: Last month, Malaysia rounded up 66 teenage male students who were deemed effeminate and sent them to a government sponsored camp because it was feared they “could end up gay or transsexual”.

While the camp featured in this post considers itself to be Christian-oriented, such camps are not only limited to Abrahamic religions. A Buddhist re-orientation camp for trans people is known to exist in Thailand as well.

Writers for the TransAdvocate work hard to bring you news and commentary. If you found this article meaningful, let the author know that you appreciate the work they do with a tip!
In categories:Best of TA Cristan Williams
Tags:hate crimes transphobia
Next Post

I've discussed in the over 6500 posts on this blog (and had fun eviscerating ) these seven transphobic tropes that seem to constantly pop into articles about this community and radfem hate screeds. Questioning Transphobia has a excellent series of…
Read
Random Post

I've noticed that there seems to be some confusion about what a Trans Exclusionary Radical Feminist (TERF) is so, here's a quick guide to help you figure out if you're someone who pushes TERF ideology, which is to say, someone…
Read
Random Post

Before you read further, check out this Storify wherein Victoria Brownworth claims that I am a pedophile who pays to have sex with children: Earlier this year, I wrote a piece about cisprivilege and how it showed up in a…
Read
Random Post

What can I say about the person I'm about to have the pleasure of doing this Ten Questions interview with? She's an actress, runway model and legendary house mother of the legendary international House of Xtravaganza.  She's in the iconic…
Read
Random Post

A reader writes: “I’m curious if, as a trans woman, I would be considered ‘higher risk’ with regard to life insurance than a non-trans woman, or would be expected to calculate my risks/premiums as male rather than female. “And if…
Read