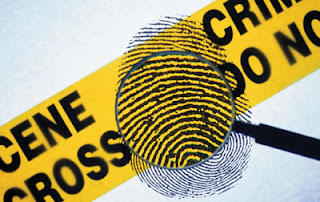 Well, one of the first names we’ll read for the 2012 Transgender Day of Remembrance has been determined and her death happened on all nights, Christmas Eve.I’ll slam the transphobic reporting of KCTV 5 ‘reporters’ DeAnn Smith and Nima Shaffe later.   First the details rewritten to follow the AP Stylebook rules for reporting on transgender people

31 year old Dee Dee Pearson was allegedly shot and killed by 26 year old Kenyan E. Jones inside an apartment in the 1000 block of East 43rd Street and died after the scene.

Police were dispatched to the address at 11:24 PM CST and Jones told police that he paid to have sexual relation with Ms. Pearson earlier in the evening and presumed she was a cis female.

When he learned that she was a transwoman, he became angry and killed Pearson according to the court records with a 9 mm handgun and was identified by witness as the man seen in the immediate area. 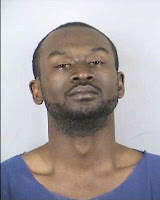 Witness Catherine Tronnes heard the gunshots. “We heard a single gunshot, then a pause,” she recalled. “Then we heard probably five or six more. We were sitting in the living room and suddenly heard it go off.”.A memorial has sprung up for Pearson in the doorway to the apartment where authorities say Kenyan Jones shot her. The memorial includes flowers and cards. One framed note says, “You will always be alive to me.”

Jones is being charged with second degree murder and armed criminal action.   Jackson County prosecutors are seeking a $250.000 cash only bond.

For some reason the holiday season has brought another infestation of WWBTism into trans community comment threads from the usual white sheet wearing suspects. Hmm, maybe they're upset because people have been ignoring them and their revisionist bull feces. Before…
Read
Random Post

Trans Health Care Is A Life and Death Matter

Robert Eads was visiting friends in the late 1990s when he woke up in a pool of blood. His terrified hosts quickly began calling hospitals, clinics, and private physicians, explaining that Robert was a partially-transitioned female-to-male transsexual and demanding an…
Read
Random Post

The Slowly Boiled Frog is biting commentary from David Cary Hart reflecting upon issues affecting the LGBT community. I should have known that this was inevitable. The headline at Christian Post- reads, "Doctor Slams Trans Study That Claims Using Preferred Names…
Read
Random Post

In my last blog post, Where Your HRC Donations Are Going, I reported that HRC had donated money to sponsor the Log Cabin Republicans but that they had donated zero dollars to sponsor the Stonewall Democrats. Let's take a closer…
Read