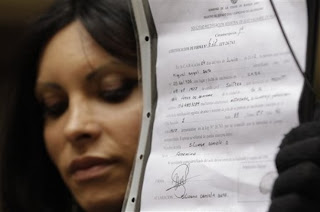 I’m blessed to have some pretty smart people around me as you can tell by some of the conversations that get started on my Facebook page.

Sometimes those profound conversations get cranked up by some post I’ve written.  There are times it happens because either I or somebody else starts doing some hard solid thinking about whatever subject we were tackling at the moment and a comment jump starts a thoughtful conversation.

I wrote a post about a Houston area trans community issue that has a pleasant conclusion in Toni Zamazul getting to be herself  for her upcoming May 11 prom.
So as the comments started flowing  Jordana LeSesne (yes the same Jordana that challenged me to start TransGriot in the first place) had this to say about it.

No fight is more just than the battle for self determination of one’s own identity.

And she’s absolutely right about that.   When it comes to fighting for your right to self determine your own identity, it is not on a just battle, but it is one that must be waged.

Only you should have the power to determine your self identity and you must zealously defend it. When others do it for you either because they did so by force or you ceded that power to do so willingly, you not only aren’t going to like what they come up with, but you don’t have the power to control and define your own humanity. 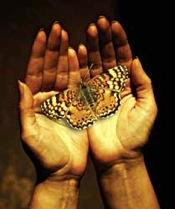 It’s why I refuse to allow anyone to define for me who I am as an African descended girl like us.   I am a New Black Transwoman whose femininity and womanhood is just as valid as someone who was fortunate to be born into a feminine body.

My transbrothers are also becoming (or already are) more vocal not only in terms of how they define trans masculinity, but are doing hard solid thinking about masculinity in general and their roles in redefining it so it fits for them and their ongoing battle for self determination of their identity

We have made remarkable progress in terms of advancing trans human rights in our various locales.  We have begun to do the hard work of shifting the conversations about trans people into more positive territory.  We have even begun the herculean task of getting our stories told in a more positive way in the media.
But we can’t forget the work we still need to do between our ears to permanently banish the unholy trinity of shame, guilt and fear from our lives.   That starts with us never forgetting that we must fight and decisively win the battle for self determination of our own identity and remember as we engage in that just battle, we have the moral high ground when we do so.

I've discussed in the over 6500 posts on this blog (and had fun eviscerating ) these seven transphobic tropes that seem to constantly pop into articles about this community and radfem hate screeds. Questioning Transphobia has a excellent series of…
Read
Previous Post

Trans Exterminationalists In Their Own Words

One of the things that mystifies me is why The Southern Poverty Law Center hasn't declared Trans Exterminationalist Radical Feminism as a hate group.   Could it be because the rumor may be true that a TERF works for SPLC and…
Read
Random Post

So, someone called you a TERF. Now what?

There are many things possible in the universe. If you are called a TERF it could be that the person who said it is actually a self-loathing misogynist who hates feminism and puppies. It could be that the label was…
Read
Random Post

I've had a neutral opinion about Roseanne Barr over the years but that may be about to change in a negative direction.   She let fly with a series of transphobic tweets that makes me wonder if she went to Michfest…
Read
Random Post

This guest Transadvocate post comes from Natalie Reed. Reed describes herself as "a magical young woman who lives in the mists and pines of Vancouver, British Columbia, where she fends off the oppressive gloom and darkness basking in the warm…
Read