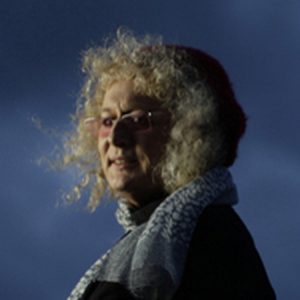 Autumn Sandeen is a seasoned trans* activist. Between 2004 and 2006, she, as someone who went through reparative therapy in the late 1970’s, was a contributor at the Ex-Gay Watch. Writing for the blog Pam’s House Blend between 2007 to 2013, Melissa Harris Perry identified her as the “first national transgender blogger.” As a blogger at Pam’s House Blend, in 2008 she was the first trans* new media reporter to be credentialed for the Democratic National Convention. In 2009 she covered the Angie Zapata Hate Crime Murder Trial from the Greeley, Colorado courtroom.

As a retired, US Navy Persian Gulf War veteran with a 100% VA disability rating, much of Autumn’s activism has been focused on LGBT military issues. In 2010 she participated with GetEqual and handcuffed herself to the White House twice for repeal of Don’t Ask, Don’t Tell. In 2011 she worked with the National Center for Transgender Equality towards loosening the policy for changing trans people’s gender in the VA database systems. In 2013 she documented for OutServe-SLDN how to change one’s documented gender in the Department of Defense’s Defense Enrollment Eligibility Reporting System (DEERS). Autumn Sandeen is the Associate Editor at the social justice site TransAdvocate.com, and Since 2011 has been the Trans Progressive columnist at LGBT Weekly.