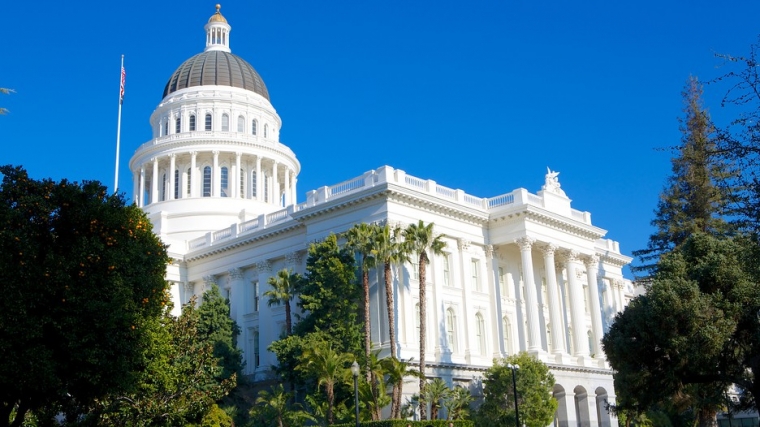 In January of 2014 California, Speaker of the Assembly Toni Atkins introduced the Respect After Death Act (AB 1577), and Gov. Brown signed it into law the following September 26th. As of July 1, 2015, it requires the official responsible for completing a transgender person’s death certificate to do so in a manner that reflects the person’s gender identity if they are presented appropriate documentation, such as written instructions from the deceased person confirming their wishes, an updated birth certificate or driver’s license, or evidence of medical treatment for gender transition.

“We are grateful to the Governor, California’s Legislature, and the leadership of Assembly Speaker Atkins for enacting this common-sense bill that will help protect the dignity of our loved ones upon their passing,” said Masen Davis, then Executive Director of Transgender Law Center. “This brings us a significant step closer to making sure that all transgender people are able to live — and die –authentically in accordance with who they really are.”

There is another time in California that we’re often stripped of authentically in accordance with who we really are and it’s when we’re killed.

The Fresno Police Department just recently did by calling a transgender homicide victim a man. The local community is none too happy about how KC Haggard was gendered by the department. Quoting the Fresno Bee, this is how the Fresno PD states they identify transgender victims:

Fresno police Lt. Joe Gomez said the department refers to crime victims by their physiological sex and will only note a person’s transgender status if that information will help the investigation.

Here’s what one local activist said in the article:

Rachel Bowman, a transgender woman who helps organize the annual Fresno Pride Parade, said if a person was dressed in female attire, then that person should be called transgender or a woman, unless it’s Halloween. She said law enforcement should make the decision on the side of the person being transgender.

“This still points out that there’s a lot of discrimination, and there’s still a lot of work to do,” Bowman said. “As activists, we’re all trying to improve transgender rights and respect.”

Police are now saying that the 66-year old only started dressing in women’s clothing about three to six months ago.

We shouldn’t forget also that Fresno is the city where Joel Robles was killed, and her death is one of the reasons why we first had the Justice For Gwen Araujo Act (AB 1170) and later the End Panic Defense act (AB 2501). Joel Robles was murdered on the streets of Fresno, California by a pair of scissors, stabbed 20 times by Estanislao Martinez. Joel Robles was crossdressed at the time, as he was most weekends.

There was no doubt Martinez did the crime: he admitted to it, but also claimed a trans panic defense. In a plea bargain, he was sentenced to four years for manslaughter.

That’s right, four years for stabbing someone to death 20 times with a pair of scissors. Fresno is a city that has a history that trans community, especially in California, shouldn’t forget.

It seems that here in California we need a second Respect After Death that deals with potential police misgendering of transgender women by defaulting to identifying homicide victims by. As Rachel Bowman stated to the Fresno Bee, the assumption should be that if a person is dressed in female attire, then that person should be called transgender or a woman — unless it’s Halloween. It makes a better default position that aligns not only with the spirit of the Death With Dignity Act, but also with the spirits of 2014’s bill to end panic defenses (AB 2501), the 2013’s bill to simplify the procedures for changing one’s name and updating one’s birth certificates (AB 1121), as well as 2011’s Gender Nondiscrimination Act (AB 887) and Vital Statistics Modernization Act (AB 433).

In the state I live in, the state that just on the first of this month saw the Respect After Death Act (AB 1577) become law on the first of this month, the state government requires that it issues a death certificate that reflects the gender identity of the deceased — this is also a state where if the deceased is a homicide victim, the state doesn’t require that police identify a victim by default by their gender expression at the time of death. That isn’t respect after death: there’s something inherently wrong with defaulting to “physiological sex.”