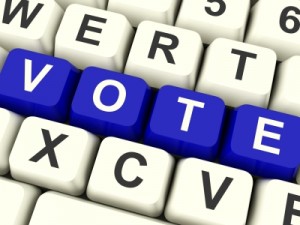 One of the highlights of the 2000 presidential election cycle for me despite the jacked up way it turned out was it was the first time I got to cast a ballot in any election cycle as Moni.

I transitioned in 1993 but it took me a few years to get the name changed on much of my paper trail    I was so proud and pleased to show my voter registration card to the poll watcher after standing in live for over an hour at the Bayland Park early voting site on a clear October fall afternoon waiting to cast my early ballot in that Gore-GW Bush presidential race.

It was to me another evolutionary leap toward becoming the Phenomenat Transwoman I am today.

It’s now 12 years later and we are facing another critical presidential election about to take place in less than 36 days.  But the Republican sponsored voter suppression laws designed to reduced the numbers of non white Americans, seniors and students voting in this cycle also may affect up to 25,000 transpeople as well.

Daniel Williams of Equality Texas has advised me that reports are coming in to him from some Texas trans residents with trans histories of them receiving voter registration cards with their old names or not reflecting the persons they are now.

In case you’re wondering, yes our Texas Secretary of State is a Republican named Hope Andrade

If your voter registration card is incorrect, you may wish to let Daniel and Equality Texas know about that situation while we have time to correct it.

The reprehensible True The Vote suppression org is headquartered here and I’m prepared to not give those Tea Klux Klan members a warm welcome to my neighborhood if they dare show up at my early voting polling place trying to keep me from exercising my constitutional right to vote.   I have less than pleasant memories of what happened the last time white GOP poll watchers showed up at a precinct where I was voting in 1984 and tried to keep me from doing so.

But back to voting while trans.  Transpeople, I hope you’ll be running to the polls to have the back of a president who has definitely had ours during his administration.

But please make sure you not only vote on November 6 or whenever early voting starts in your locale, but you have done everything possible to ensure you can cast your ballot without drama.