As I, the Transgender American Veterans Association, and a host of other people and organizations continue to point out, the 2011 repeal of DADT doesn’t include the trans portion of the community.

Trans people still have to hide who they are if they want to remain in the military, and for those of us who already transitioned, we can pay taxes, but are not allowed to sign up at the armed forces recruiting centers to serve our country.

That’s fundamentally unfair, insulting and cuts off to patriotic trans people an employment avenue many cis people use to get a paycheck, skills, education and training for the civilian workforce when they leave the service.

On March 20 a panel discussion on the topic of transgender inclusion in the military. was held at Pennsylvania’s Gettysburg Collge in which TAVA’s founding president Monica Helms took part. 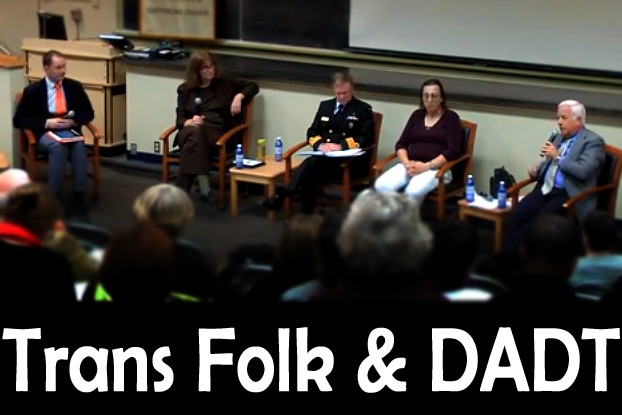