Sean Dorsey is an award-winning choreographer, dancer and writer. Recognized as the United States’ first out transgender modern dance choreographer, Dorsey has won audiences and accolades from San Francisco to New York with his powerful dance-theater. Dorsey is the founder and Artistic Director of Fresh Meat Productions, the first U.S. non-profit dedicated to the year-round creation, presentation, and touring of transgender arts.

Dorsey’s current show, The Secret History of Love, will be in San Francisco from March 28-31 as part of a 20-city national tour. Dorsey was able to talk to me via e-mail about the show, the LGBT history project upon which the show is based, and being out and trans in the dance world.

Matt Kailey: How did you get interested in dance and choreography?

Sean Dorsey: I have always loved dance and movement. I spent a lot of time twirling around my living room in my leotard, dancing to records as a kid. I didn’t grow up at the ballet barre, though – I came to dance “late,” and didn’t start my professional dance training until I was 25. When I did start, though, I hit the ground running!

MK: Did you become a professional dancer and choreographer prior to your transition? If so, how did your transition affect your career? If not, did you enter the profession as an out trans person?

SD: I started my dance training prior to my physical transition, but I was trans and queer identified. Changing rooms and gendered movement in dance were very challenging, painful. I would do everything I could to avoid using bathrooms or changing rooms, even once I started dancing professionally.

It was hard. I didn’t know a single trans dancer in the world, had never heard of a single one. I became very driven to create space in dance for transgender and queer people – both through my choreographic work, and by founding Fresh Meat Productions (the nation’s first nonprofit to create, present and tour year-round transgender arts programs, including our resident dance company Sean Dorsey Dance).

MK: Do you think that being an out trans person has hurt or helped your career overall and in what ways? How are you and your shows perceived/accepted by non-trans, mainstream audiences?

SD: There have been plenty of painful parts about coming into the dance world as a transgender person – but I feel very, very blessed to be transgender. It really is an enormous blessing to be a trans person.

In terms of my shows, I have had totally a positive response from both LGBT and straight audiences, from trans and non-trans people alike. I have trans and queer people come up to me after shows, saying they were in tears during the show, that they were so moved, or that they’d NEVER seen themselves onstage, in dance before. That’s huge.

I’m blessed that my shows tend to draw sold-out audiences – and my audiences are this AMAZING mix of people that you’d NEVER see in one room together normally: transgender people, mainstream dance-goers, lesbians, gay men, seniors, youth, activists, theater-lovers. I’m proud of my work, and I’m proud of my audiences! There’s activism in bringing those people together into a room, into conversation.

MK: You have also worked on this LGBT Elders Oral History Project, upon which your current show is
based, for two years. Did you start the project with the idea of turning it into a show, or were these two very different things (your choreography and the history project) that just converged?

SD: The inspiration for the show came first. I am passionate about uncovering and sharing transgender and LGBT history. Our lives get left out of mainstream history books and family albums. It’s critical that we celebrate, document and share our history, or our lives and struggles and accomplishments will be lost.

I knew I wanted to make a show about how on earth LGBT people managed to survive and find love and community and relationships in decades past, long before Stonewall. I wanted to go to the source, to talk to elders and ask them how they did it. And so my LGBT Elders Oral History Project was born.

I spent two years talking to transgender, lesbian and gay elders across the U.S. – asking them about their first crushes, their first loves, coming out and living as LGBT in the earlier decades of this century. And you hear these elders’ own voices and real-life stories in the show. It’s very powerful.

I also did a ton of reading and archival research – getting my hands on real-life love letters, handbills for speakeasies from the 1920s, a cocktail napkin with a love note and phone number written on it from the 1950s. I read hundreds of love letters going back decades, centuries even.

MK: What would you like to say about your show, The Secret History Of Love?

SD: The Secret History Of Love reveals the underground ways that LGBT people managed to survive and love each other in decades past. I created the show through the two-year National LGBT Elders Oral History Project.

The Secret History Of Love features the voices and life stories I recorded in these oral history interviews – along with powerful, moving and hilarious episodes from the LGBT community’s remarkable history of finding love and community against enormous odds.

Everything from 1920s speakeasies to wartime love affairs to police raids to steamy underground cabarets and more, performed by my company with special musical guest Shawna Virago (a brilliant trans woman singer-songwriter).

The Secret History Of Love is a very powerful show – it features full-throttle dancing, riveting storytelling, luscious partnering and first-hand tales of tremendous risk, passionate love, impossible courage, heartbreaking loss, and bold resistance – revealing the great resiliency and strength of the human heart, even in the face of great danger and devastating violence.

People can see where we’re touring next at www.seandorseydance.com/calendar.

MK: What other projects are you working on now?

SD: I’m starting work on my next project,The Missing Generation and The Source Of Joy. The work will explore the contemporary impact of the loss of part of an entire generation of LGBT people to AIDS during the 1980s. I will create the work in five cities across the U.S., through a LGBT Inter-Generational Oral History Project and extensive archival research.

It’s big and intense and emotional, and we’re just jumping in now – along with our partner theaters in San Francisco, Washington, D.C., Atlanta, Lewiston and Tampa. We’ll premiere Part One of the show in March 2014 in San Francisco, and the full world premiere in 2015. I’ll keep you posted!

People can join my email list at www.seandorseydance.com to get updates about my work and where we’re touring next! 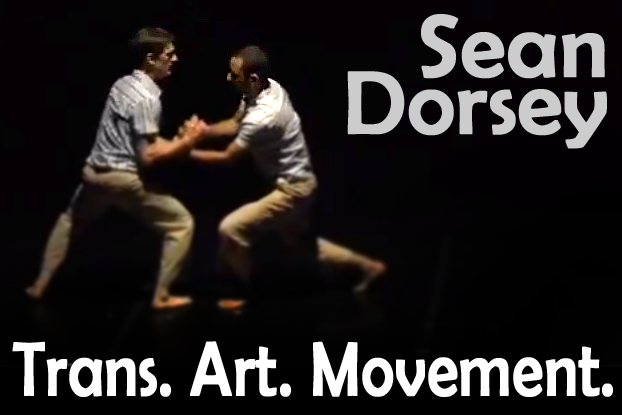