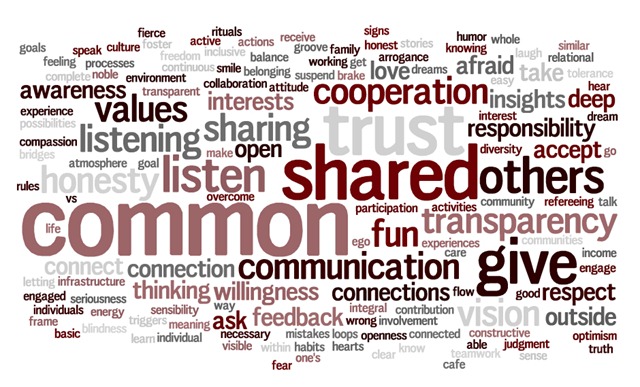 For some time, I’ve seen and heard subjective assertions like:

So… Is there a trans community?

The results of this research will map where (and possibly why) the trans population detects and therefore perceives a community of trans folk and where  (and possibly why) it does not. A lot of interesting correlations can be drawn once the data collection is complete: Do the respondents detect and therefore perceive there to be community among the overall trans population and if so, to what degree does this exist – and, perhaps most interestingly -where does this sense of community thrive? Is a sense of community correlated with areas that are politically engaged and/or have access to resources? What sort of identities are most prevalent in groups with a high sense of community and which identities are most associated with having a low sense of community? These questions and more will be addressed in this research.

Isn’t it about time that these questions get attention?

If you think so, please spread the word about this survey!

To my knowledge, no quantitative research has been done answering these and other important questions. A sense of community may be tied to everything from one’s overall well-being to the efficacy of public health interventions within trans population centers. In fact, “community” is so important, the APA has a specific division focusing exclusively on community psychology.

Please take the survey and spread the word!

NAMES: You can use your name or make up a name. I ask for a name of some sort because I’m using the same research methodologies other researches used with this survey tool.

EMAILS: Validating emails help to ensure that folks aren’t trolling the survey in an attempt to skew the results favoring their narrative. It’s a sad fact that there are some trolls who have entire sites dedicated to certain ideas about the trans population (eg, how it doesn’t exist, how it’s evil, etc) and would be happy to spend a few days resubmitting their views over and over and over again. Email validation makes that sort of trolling (hopefully) too annoying to attempt.

ZIP: If someone enters 00000 (or something like that) for a zip code, their answers will not be included in the findings. Without zip codes, I won’t be able to assign geographic metrics. Additionally, zips help to ensure that A.) the response is real and B.) the response comes from America. Once the research is done, the survey will map the “sense of community” within geographic areas of America.

SAMPLE SIZE: I’d like to have 2,500 geographically diverse American responses. I have no predetermined sample size metrics for international survey responses.

CONSPIRACY: Some have actually asserted that all of this is part of particularly crafty national transgender conspiracy to data-mine all the sweet, sweet privacy juices from certain groups. If you are one of those who believe in this conspiracy, please… do not take this survey. I’ve no wish to inflame that level of paranoia in people.

I’M CONCERNED ABOUT MY PRIVACY, WHY DIDN’T YOU USE SURVEY MONKEY OR ZOOMERANG? I didn’t use a 3rd-party survey provider specifically because I am concerned about your privacy.

Some reflections on community…

The AG has the following to say about a Community of Interest:

In considering communities of interest, one can come close to defining community subjectively: one’s community is the group with which one identifies and which provides one with a particular sense of identity. There are some attractions in defining community in this way. Primarily, it resonates with the lived experience of people. It tends to reflect the forms of relationship and the patterns of communication that are important to them. It recognises that much communication and the sense of belonging are often not related to specific localities, but transcend physical barriers. Today, with the ease of electronic forms of communication, frequent communication can occur at an international level. Many academics, for example, identify with an international body sharing a similar field of expertise or interest. This body may have far more importance for them in terms of communication than do people who live locally. In fact, the Australian Community Survey conducted by the Edith Cowan University Centre for Social Research and NCLS Research in 1998 found that, in the cities, over 30 per cent of Australian adults communicated with no one in their residential locality about work interests, and over 25 per cent communicated with no one in the residential locality about their personal interests.

IMHO, the trans population is, at it’s most rudimentary elements, a Community of Interest. I tend to think that as a Community of Interest becomes more empowered, Communities of Location may begin to emerge. I’ve therefore decided to put these notions to the test. I chose to use the SCI-2 tool for this survey because it is considered to the most reliable tool available to the researchers.

If you have questions or concerns, please post a reply and I’ll do my best to address your comment!

The citation for this survey tool is as follows:

I Believe There's An LGBT Community, But...

One of the ongoing arguments I hear and I reject whether it comes from the LGB end of the spectrum or the trans end of it is that 'there is no LGBT community'. Granted I've railed more than a few…
Read
Previous Post

ENDA via Executive Order On social policy, Obama is reconsidering whether to issue an executive order prohibiting federal contractors from discriminating on the basis of sexual orientation or gender identity. When he decided not to issue such an order last…
Read
Random Post

Being Trans Affects Everything

It's not a lifestyle (and I hate that conservaterm).  When you swallow those hormones or take those first shots of testosterone or estrogen, it causes seismic shifts in your life that mere cis people can't begin to comprehend. But if…
Read
Random Post

Why I’m Kind of Over “Pride Day”

For one thing I remember when “Pride Day” commemorated the Stonewall Uprising. Back in those days it was political. I didn’t go to the Christopher Street West Gay Liberation Marches until 1974.  The prior years I was dealing with more…
Read
Random Post

By Cathy Renna @cathyrenna Possibly inspired by Laverne Cox and Orange is the New Black, I blurted out the title of this post at a recent panel about media coverage of transgender issues, as I was trying to put into context…
Read
Random Post

South America is quickly becoming the most trans friendly continent on our planet.Argentina just passed a groundbreaking Gender Identity Law and now their next door neighbors in Chile have made some moves that benefit their trans population.Chile will soon cover sex…
Read