Editor’s note: The following guest post is from Kelly Osbourne. Osbourne is a television personality and musician. Osbourne and I discussed on Twitter about her use of the phrase “chick with a dick” and “tranny” in a public interview.

With this post Kelly has proven she is a responsible ally to the transgender community. She made a mistake that was borne of ignorance, not malice. This post is will go far in healing that mistake. It will also serve to educate and inform others within the LGBT community and beyond about transgender people’s lives. As I said to Kelly on Twitter, “You get to speak about it [the mistake], and trans people are seen as people and not things. Besides hatred, who’s the loser in this?” I’m grateful to Kelly for taking the time to learn and to educate others. In the process she’s turned a mistake into a teachable moment. That is what an ally does. 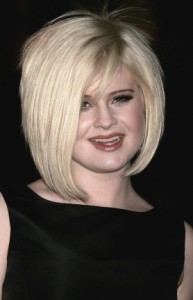 I’d first like to make it clear that no one asked me to write this.  After reaching out to GLAAD for advice and clarification, I thought it was imperative to explain and amend my wrong. I gained a lot of knowledge, and I now feel the urgency to speak out and teach others. As unfortunate as this incident was, I assure you it was taken out of context, but I cannot deny the words; they did come out of my mouth.

As a lifelong LGBT ally and friend, I feel it is my duty to not only apologize for my wrong but to also correct it. The word “tr*nny” is a derogatory and hurtful word. I was completely ignorant to this and soon came to realize most of my peers and LGBT friends are too. This is a word I will no longer use or allow. It wasn’t until I googled it after speaking with GLAAD that I found out just how unbelievably offensive it was.  When friends jokingly called me that in the past, I took it as a compliment or a joke, but I couldn’t have been more wrong.
Transgender people are some of the bravest people on Earth and among the LGBT community. I cannot imagine the courage it takes to live your life openly and honestly, reflecting who you truly are, or the hurt that comes from having to hide who you are because others may not support and accept you.  Due to the fact that it is Transgender Day of Remembrance on November 20, I would like to raise awareness to this injustice in society. It is a day to remember those who have lost their lives due to anti-transgender violence and speak out against the fact that transgender people face disproportionate amounts of discrimination and harassment every day. The lack of knowledge about transgender people contributes to the unparalleled number of violent acts against them every day.

A part of me is happy I’ve made such an awful mistake because I can now use this as a platform to help speak out against the use of such hurtful and dehumanizing words. With your assistance and support, we can get this word out of television/media.  It is still being used today; I’ve seen it four times in the past week.

My sincerest apologies to any ally or member of the LGBT community whom I have hurt or offended.  That kind of representation goes against everything I stand for and is the last thing I would ever want to do. I would also like to thank The Transadvocate for educating me and bringing this to my attention. Nobody can tell you whom to love or what gender to be.  That is your basic human right, and certainly nobody has the right to discriminate against you for who you truly are!