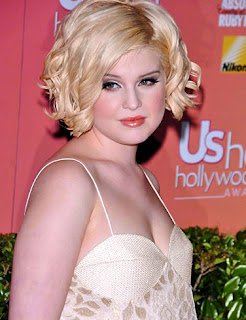 Kelly Osbourne recently opened up in a Glamour UK interview about being cheated on by her ex-fiancé Luke Worrall and let loose some transphobic commentary while doing so.

“Having to tell them (my parents) my fiance had cheated on me with a tranny who sold his/her story to the press (was the most uncomfortable moment). It was so humiliating. Everyone kept telling me that Luke was cheating on me, but I never believed them. It’s hard enough to get your head around someone cheating on you, but when someone is a chick with a d**k? Up until then, I’d always thought that the worst way to get cheated on would be with an ugly girl. Don’t you think? Because at least if they cheat on you with a gorgeous girl it makes some kind of sense. But men are different, I guess, they can have emotionless sex.”

And Marti Abernathey, the editor of Transadvocate (where I’m a contributing writer) called her on it.

While I think it’s horrible that Osbourne was cheated on, her hate filled rant that used some of the most objectifying and dehumanizing words is even worse. She’s implying that the trans woman in question has no value, other than sex. That you’d have to have “emotionless sex” with a trans woman.

Kelly, did you ever stop to think that maybe he cheated on you because of your bigoted and intolerant attitudes? Just a thought. Hate is a pretty ugly thing to be around. 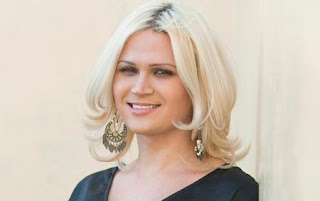 You never know when you sit down in front of the computer and compile a post or react to some ignorance that cries out for you telling it like it T-I-S is whether or not it will go viral.This clash between Abernathey and Osbourne went viral and escalated into a Twtter confrontation that got picked up by various gossip blogs and HuffPo after it was posted on Transadvocate.  Osbourne apologized for the Twitter kerfluffle, but has not done so at this time for the blanket dehumanizing comments made about transwomen aimed at Elle Schneider.

But I’m going to echo here what Marti said in her second post about her confrontation with Kelli Osbourne.

I don’t condone what happened to Kelly and it was jacked up, but that doesn’t give you the right to disrespect and dehumanize all transwomen because you’re mad at your cheating ex-boyfriend and the person he cheated on you with.

As I know from my people’s 400 year history in the Americas, words do matter.   Any marginalized person can tell you and the history books will repeatedly show painful evidence of that.

As the Jewish people living in pre-World War II Europe, African-Americans, Muslims and Croats who suffered the ethnic cleansing that occurred in the 1992-1995 Bosnian war, the Tutsis in Rwanda in 1994 and transpeople around the globe can attest to, once you start for whatever reason aiming dehumanizing and disrespectful language at a minority group,  the murders of members of the dehumanized group are sure to follow and can quickly escalate to genocidal levels.

It is why marginalized groups quickly and forcefully call out any dehumanizing language aimed at them no matter where it comes from.

And cispeople, you don’t get to tell transpeople what is and isn’t offensive and dehumanizing language either.