As I said earlier: I think its fine to have concerns about Manning being an honorary marshal for SF Pride.

But, Williams’ response was so obnoxious that it seems as if she’s auditioning for a position with HRC (say, one that will be in charge of disseminating propaganda to the media about why its okay for gay rights organizations to not hire trans women; and, though I’m trying to avoid the issue because I really think that Williams’ arrogance is the bigger concern here, several people have e-mailed me privately arguing convincingly that SF Pride’s rejection of the Manning is indeed trans-related and would not have occurred but for the revelations that Manning might identify as trans.) And that brand of disgusting Gay, Inc., obnoxiousness is worthy of protest irrespective of what one’s opinion is of Manning.  In fact, it should be happening every day in front of every organ of Gay, Inc.

As an addendum: I’ve yet to hear anyone among Williams’ defenders address whether she is a TERF.   If so, that would explain even more. 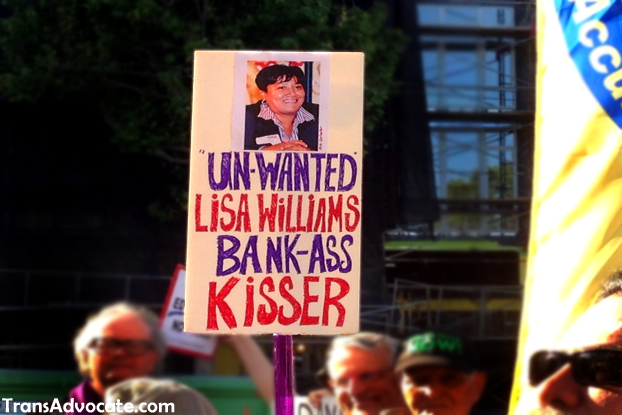