Buck Angel: “Not everyone is in a position to be treated respectfully so we must care for our own…”

Speaking about the Trans Disaster Relief Fund, Buck Angel urged the trans and supportive communities to support trans, intersex, and genderqueer community members survive Hurrican Harvey, “We must care for our own right now.”

Recent attacks by lawmakers have resulted in heightened hostility against local trans people. The Trans Disaster Relief Fund, will be used to help our historically underserved community recover from this catastrophic event. If needed, the fund will also assist with burial costs for community members who’ve lost their lives in this historic disaster.

The Texas Gulf Coast trans community is facing a catastrophic and ongoing natural disaster resulting from Hurricane Harvey which made landfall as a category 4 hurricane, becoming a massive and slow-moving tropical storm resulting in historic-levels of flooding. Numerous members of the trans community are displaced and have lost everything.

About the Transgender Foundation of America

Organized in 1998, the Transgender Foundation of America (TFA) is a Houston-based grassroots nonprofit organization that obtained its 501c3 nonprofit status (EIN: 76-0670632) in 2001. TFA was brought into existence through the hard work and support of its parent organization, the Gulf Coast Transgender Community (GCTC), which traces its roots back to 1965. In addition to TFA, GCTC was instrumental in organizing pioneering organizations like the Texas Association for Transsexual Support and historic events such as the International Conference on Transgender Law and Employment Policy. GCTC’s spirit lives on in the TFA mission of improving the quality of life for transgender people.

TFA facilitates numerous trans support groups and community events such as the Unity Banquet, now in its 25th year. Additionally, it maintains the Transgender Archive and provides annual scholarships to trans-supportive academics, represents trans health concerns with health departments across the nation, trains organizations, companies, and schools throughout the nation and pioneered trans homeless, social, and medical services. 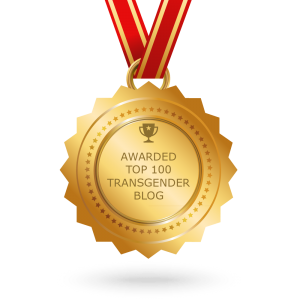 What does "transphobia" mean to you?
Cristan Williams
Cristan Williams is a trans historian and pioneer in addressing the practical needs of underserved communities. She started the first trans homeless shelter in Texas and co-founded the first federally funded housing-first homeless program, pioneered affordable health care for trans people in the Houston area, won the right for trans people to change their gender on Texas ID prior to surgery, started numerous trans social service programs and founded the Transgender Center as well as the Transgender Archives. She has published short stories, academic chapters and papers, and numerous articles for both print and digital magazines. She received numerous awards for her advocacy and has presented at universities throughout the nation, served on several governmental committees and CBO boards, is the Editor of the TransAdvocate, and is a founding board member of the Transgender Foundation of America and the Bee Busy Wellness Center.