The original Violence Against Women Act (VAWA) was passed in 1994 and signed into law by then President, Bill Clinton. As you can imagine, the original act was not explicitly trans-inclusive. However, when the VAWA came up for reauthorization in 2012, lawmakers worked to ensure that trans people were covered.

Republicans in the House and Senate fought the reauthorization of VAWA because it was explicitly inclusive of LGBT people and had provisions for helping battered undocumented immigrants. Additionally, The U.S. Conference of Catholic Bishops came out against VAWA specifically because would not allow groups to discriminate against the abused and battered based on their “sexual orientation” and “gender identity.” In February 2013, the House (286 to 138) and Senate (78 to 22) voted to reauthorize VAWA and President Obama signed the reauthorization on March 11, 2013.

While the now trans-inclusive law had passed, federal guidance on it was only recently released on April 9, 2014. The guidance states that as a condition of funding, the VAWA prohibits discrimination based on gender identity:

The Guidance defines gender identity as:

It goes on to make clear that gender identity will be respected in sex-segregated programs saying, “Both ‘sex-segregated’ and ‘sex-specific’ programming places individuals in a position to ‘choose’ to identify with a particular sex.” The guidance goes detailed what the Feds expect out of “sex-segregated” programs:

A recipient that operates a sex-segregated or sex-specific program should assign a beneficiary to the group or service which corresponds to the gender with which the beneficiary identifies, with the following considerations. In deciding how to house a victim, a recipient that provides sex-segregated housing may consider on a case-by-case basis whether a particular housing assignment would ensure the victim’s health and safety. A victim’s own views with respect to personal safety deserve serious consideration. The recipient should ensure that its services do not isolate or segregate victims based upon actual or perceived gender identity. A recipient may not make a determination about services for one beneficiary based on the complaints of another beneficiary when those complaints are based on gender identity.

For the purpose of assigning a beneficiary to sex-segregated or sex-specific services, best practices dictate that the recipient should ask a transgender beneficiary which group or service the beneficiary wishes to join. The recipient may not, however, ask questions about the beneficiary’s anatomy or medical history or make burdensome demands for identity documents.

Some VAWA recipients are also subject to the Prison Rape Elimination Act National Standards (28 C.F.R. pt. 115) or other agency requirements regarding the provision of services to transgender individuals. Those recipients should consult the appropriate federal agency to determine the scope of any applicable requirements. 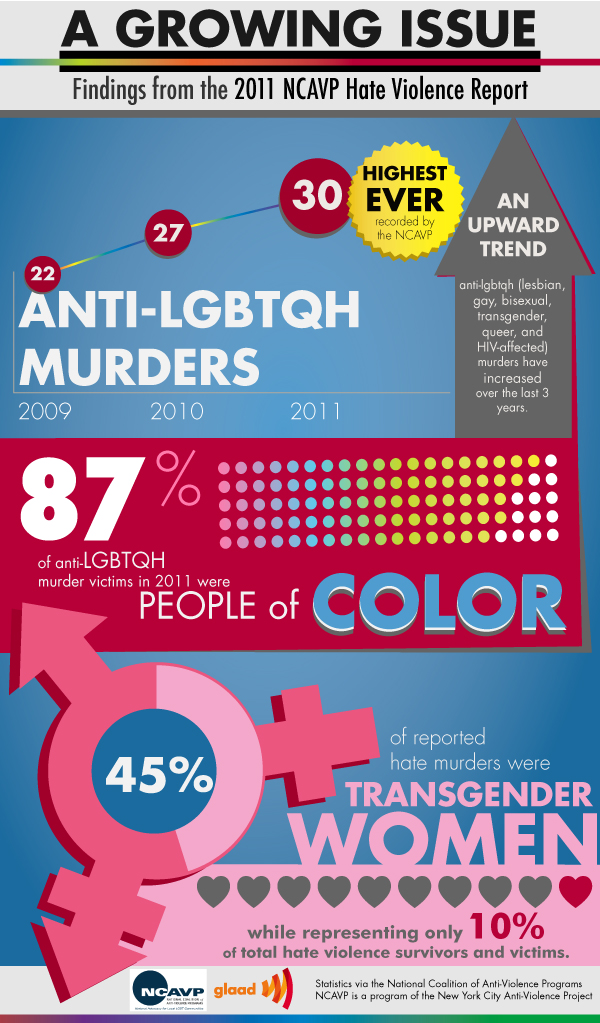 
Deconstructing that fallacy that trans women must be viewed as a rape risk:

On the rate of rape within the trans community:

On the rate of anti-trans bashings within the trans community: