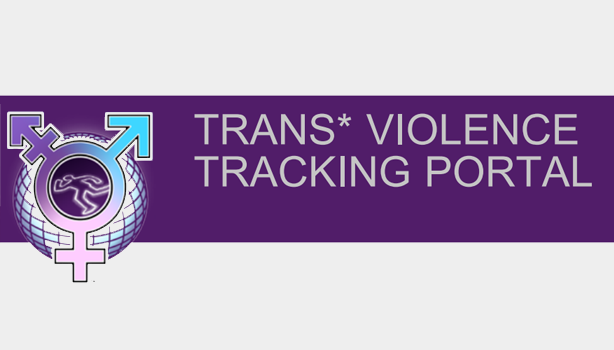 Allison Woolbert, recently resigned executive director of Transgender Human Rights Institute (THRI), has a 1991 New Jersey conviction for First Degree Aggravated Sexual Assault of a 15-year old relative. Woolbert was sentenced to 6 years for the offense and was released after 4. She was 28 at the time of offense and conviction.

After Woolbert became aware that writers for The Transadvocate had, after investigation, discovered her criminal record, she posted what was initially a post-dated letter on the TVTP website. The letter was published on January 7th but was initially back-dated to January 5th.

The THRI board published a media release on the TVTP website on January 8th which stated:

The Board of Trustees voted unanimously to NOT accept the offer of resignation. A second unanimous vote expressed the board’s confidence in Allison Woolbert’s ability to function in the role of Executive Director of the THRI and all its projects. The events revealed today do not diminish that for us.

The THRI board concluded their media release by stating:

It is difficult to fully express our disappointment with members of what should be a united community for stooping to malicious character assassination and intentional divisiveness in pursuit of a personal vendetta, actions that ultimately may impact the safety and well-being of transgender people around the world.

The editorial board of The Transadvocate on January 8th stated that they “reject Woolbert’s characterization of our team’s work as a ‘threat.’ Not disclosing this relevant history is evincive of the types of claims that inspired our team to begin their investigation. The TransAdvocate’s editorial team believes full disclosure of potential problematic history is a necessary component of ethical community activism.”

THRI is the lead organization in the effort to towards what has been dubbed “Leelah’s Law.” Partnering with the Ali Foley Center, Trans-Parenting, and Everything Transgender in New York City towards this effort, the law, that if passed and signed, would ban reparative therapy on trans youth under age 18. THRI posted a petition on Change.org that has over 300,000 signatures supporting Leelah’s Law.

The three publicly partnered organization have, since the revelations about Woolbert’s criminal history, ended their relationship with THRI/TVTP. THRI board member Kristin Beck has resigned from the board. Additionally, an NY PFLAG award Woolbert was scheduled to receive was withdrawn.

By the evening of January 8th Woolbert without caveat resigned from the THRI board. The spouse of a THRI Board member, Rebecca Heineman on her twitter account stated that “[T]he Transgender Human Rights Institute has announced that Allison Woolbert is no longer with the group. The remaining THRI board members voted to accept that second resignation.”

As of January 8th, the THRI and TVTP websites have been taken down, and navigating to those websites returns with an HTTP 404 error. Heineman stated in another tweet “We are transferring control to other servers. They were originally hosted on her personal machines.”

Woolbert made her Facebook account private on January 8th, stating she won’t be accepting any friend requests at this time, and that all friend requests would be deleted.

On January 9th, Laurelai Bailey and Emmagene Cronin, the team investigating possible past THRI misdeeds, informed the TransAdvocate editorial board they wished to publish their work as an editorial opinion piece on their personal sites.

Update: The Transgender Human Rights Institute (THRI) board of directors posted a media release dated January 12, 2015 on their Facebook page (alternative link) in which the board accepted Allison Woolbert’s resignation, indicated that Woolbert failed to disclose her criminal history to the board before she took on the position of executive director, and explained why they believe they were wrong not to accept the first offer of resignation. In the release, the board stated:

Regrettably, the information about Allison Woolbert’s past that recently came to light should have been submitted to the Board of Trustees at the time of her appointment as Executive Director. That information represented a direct risk to the mission of the organization. The board itself erred in that it did not vet her background or that of any other board candidate for potential liability risks.

Our initial decision to retain Allison Woolbert as Executive Director was based on board members’ personal interaction with her, on her skills, and trust in her good intentions and passion. That decision was flawed. We acted both in haste and in error to retain her before fully knowing the extent of her past crimes. We erred as a board in that we put our friendship and trust ahead of the trauma felt by victims of sexual assault, and potentially ahead of the rights, reputation, and safety of the very people our organization was intended to serve, the transgender community. Seen in that light, the damage to the reputation and effectiveness of our organization is a small thing.

Allison Woolbert stepped down from her position in the Transgender Human Rights Institute (THRI) rather than be the catalyst for continued damage. She is no longer a part of the THRI in any capacity, including the TVTP, which has been removed from service.

In the Facebook comment thread for the January 12, 2015 media release, the THRI board of directors added that they didn’t own the Transgender Violence Tracking Portal (TVTP) and didn’t have fiduciary responsibility for the funds raised for TVTP Kickstarter campaign.

Should we consider rebuilding the [TVTP], we will consult professionals with the appropriate skill sets.

As noted, the THRI did not create, own, fund or operate the portal. This is a popular misconception. Our organization came into being after its creation and had no involvement in its day to day operation, other than to provide our time as case researchers when possible. Ownership was never transferred to the organization. The money raised by the kickstarter was spent for it’s creation, server space, and connection bandwidth, and initial data loading, including thousands of historical cases, and the constant need to keep it accessible for users, but limit vulnerability from outside sources.