Our friend Lee is back with another awesome critical commentary comic: 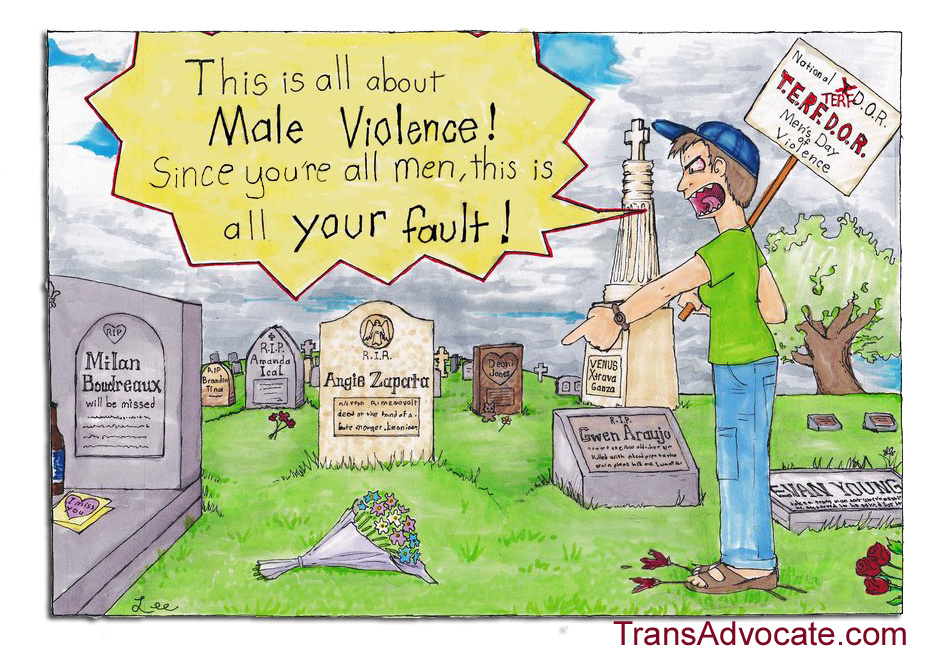 On May 13, the TransAdvocate wrote about the appropriation of the Trans Day of Remembrance by Trans Exclusionary Radical Feminists (TERFs).

Cathy Brennan, contributor to the Radfem2013 conference, has sunk to yet a new low.  She is now trying to exploit the death of our sisters (Transgender Day of Remembrance – TDOR)  to further her justification of transphobia. She wants us all to believe that it isn’t transphobia that kills us, it is male violence. While it is true that the majority of murderers are male, transphobia is the cause of the high death rate. I think we all know that TERFs are not likely to gun us down but their agenda that is filled with hate for transgender folks, mostly trans women, helps perpetuate violence against us. Transphobia is not okay and it really does kill. – The TERFS