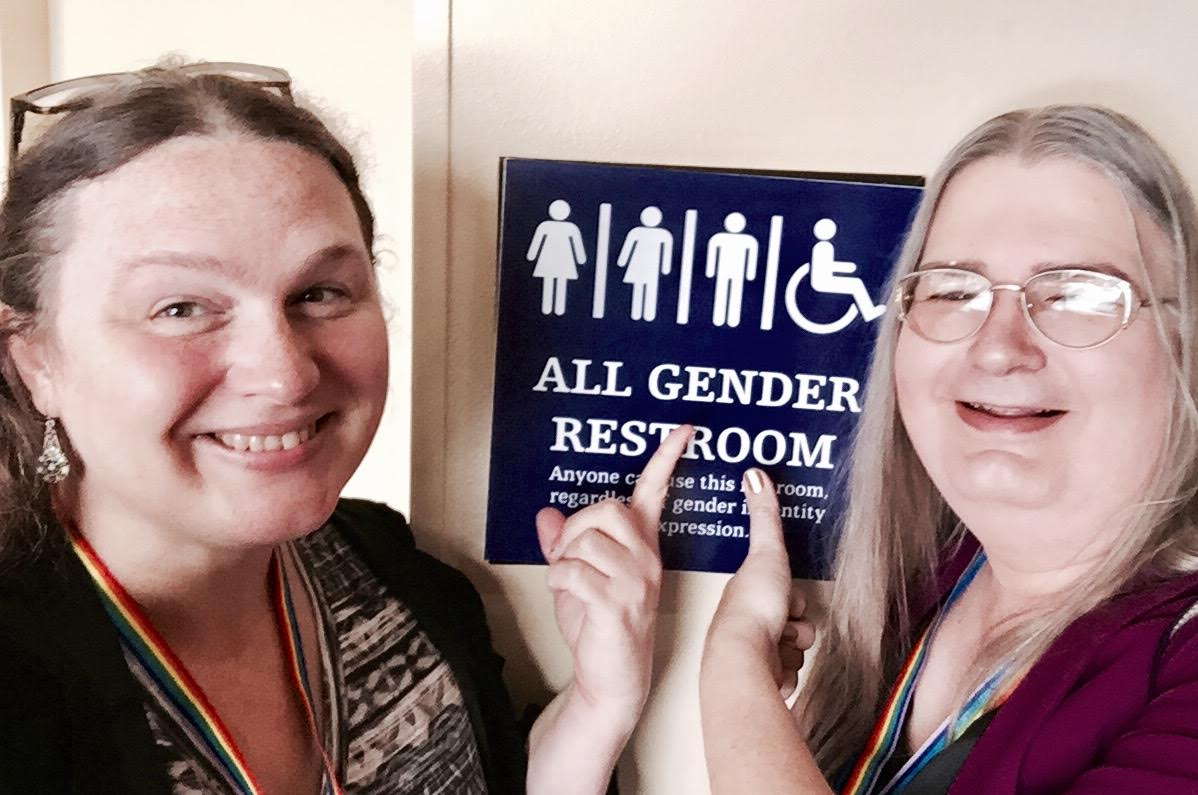 A cisgender man connected with a Florida Christian convention accosted a cisgender woman with a Bible as she exited an “All Genders” restroom at the Rosen Centre Hotel in Orlando.  The man, shouting about Biblical interpretations of gender while waving his bible around wildly, apparently assumed the cisgender woman was a transgender woman who was participating in a nearby LGBT media convention.

The incident came to light when the hotel publicly apologized to the LGBT media convention, on behalf of the hotel owner, Harris Rosen, for the incident and stationed a security guard next to the unisex restroom to prevent further disturbances.

A representative for the Rosen Centre hotel told the LGBT media group, “There are people who apparently can’t control their behavior; however, we are here to make sure that we are protecting you and I have directed our security staff to stand there the entire time you are here.”

An individual with the religious group who did not wish to be identified said, “There was a fight or something, I won’t be coming back here. I’m going to talk to my pastor and we won’t be coming back here.” Alternatively, Brenda McCastle, another member of the religious group, agreed to be identified and took no issue with the existence of a unisex bathroom, “I just don’t care.” Commenting on the harassment by a member of her religious group, she said, “You generally know what someone’s identified gender is, but sometimes you don’t and people have to use the bathroom. As long as nobody is trying to get into the stall I’m using, I just don’t care and can’t understand why anyone else would!”

In remembrance of the 2016 Orlando Pulse nightclub terrorist shooting, the LGBT media convention chose to hold its 2017 convention in Orlando, Florida.

Watch Texas Tea Party Senator call a doctor a “pervert” in testimony against SB6, the bill making its way through the Texas legislature that would require trans and intersex Texans to use the restroom based upon their birth certificate, regardless of phenotype or transitioned status.