The Pacific Justice Institute (PJI) is the ex-gay organization that stirred up the right-wing word by claiming that a trans kid (who I will refer to as Jane Doe, for reasons of safety) in Colorado was harassing cisgender girls in the restrooms. Right wing media outlets jumped at the story without conducting any fact checking, prompting members of the right wing community to call for the death of the trans kid.

Yesterday, the TransAdvocate learned that Jane Doe is under suicide watch.

Also, the PJI just issued a press release complaining that the police are getting in the way of their fun:

In a report released late yesterday, Superintendent Rhonda Vendetti again waved off parents’ and students’ concerns about the district’s decision to allow a teenage boy at Florence High School who identifies as a girl to freely enter girls’ bathrooms and locker rooms.  The district was responding to a letter from Pacific Justice Institute raising serious concerns about the privacy rights of PJI clients who are teenage girls at the school.  The Superintendent’s conclusions were not surprising, since she had already sought sympathy from and given an exclusive interview to a transgender activist.  What was surprising to PJI attorneys, though, was the report’s failure to address threats by the athletic department against some of the girls’ continued participation in school sports after they asserted their rights.  Even more troubling was the Superintendent’s warning that the complaining families were now subject to having their social media monitored by police.

The bullies go on to complain:

“Since we first broke this story, it has been shocking to see the lengths to which school officials and LGBT activists have gone to suppress the truth,” stated Brad Dacus, president of Pacific Justice Institute.  “We have now received a large and growing stack of hate mail from supposedly tolerant  LGBT supporters, most of which is based on unquestioning faith in school officials who have proved to be untrustworthy.  It is increasingly apparent that school officials and LGBT activists are on an all-out mission to discredit our clients rather than deal with the serious problems they have identified with a biologically teenage boy sharing bathrooms with their teenage daughters.  These new developments only stiffen our resolve and renew our focus to seek a balanced solution that honors the rights and needs of all students.”

Since PJI is having trouble wrapping their collective heads around this turn of events, maybe the mother of a Florence High School sophomore cisgender girl can explain it them:

It’s there prerogative to seek out everyplace they can find in the US to try to do this, there’s not much we can do about that from the standpoint that that’s their prerogative. It is my prerogative however, to prevent them from injuring this child, or any other child. You want to go after an adult, that’s fine. As an adult, you have a right to do that, but do not do it against a child. We want them to stop disrupting the school with their bullying. We want them to take their hate and go back home. – Sally Moondancer

Or, maybe the local business, 3rd Dimension Signs can explain it to them:

Before they start casting judgment on others they should really take a long hard look in the mirror and see who the real monster is here… Keep your hate and bigotry out of our community it’s not welcome here.

Or, maybe Kayli Conway, a Florence High School student can explain it to them:

They’re kind of making it a bigger deal than it should be… [This is] a big time bully problem.

Take a long look at the life Jane Doe had. This is the life PJI has managed to smugly destroy.

Thursday afternoon, the TransAdvocate learned from Jane’s mother that the family decerned that Jane needed immediate professional intervention due to the scope of suicidal ideation Jane had recently exhibited. The family is now working with specialists in Denver to address Jane’s needs.

What you can do:

There are three things I would like to encourage the trans and allied community to do:

1.) Send supportive messages: Videos, audio, or email. You can leave your supportive comments below, email them to me or leave links to your supportive audio, video or blog posts in the comment section below. If you would like to mail cards, notes and letters, the Transgender Center in Houston will collect and vet each letter. Your correspondence will be collected and forwarded to the family. Send physical correspondence to:

The hate directed at Jane has been immense and it is having it’s intended effect. A large 2011 survey found that 51% of bullied school trans kids attempt suicide. The scope and scale of bullying that Jane has endured is unprecedented. Please, let her know that you support her, that you wish her well and that it will get better.

2.) Let others know what’s happening: Please, spread the word. Let people know what hate has done to this family. I know it’s kinda cheesy, but I’m changing my FaceBook photo to this: 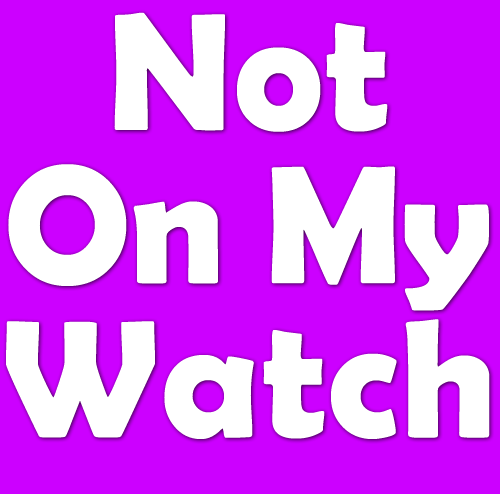 Purple is Jane’s favorite color. If you’d like to do something similar to let people know that you stand with Jane and her family, please do.

3.) Help out. It’s not like Jane’s family is rich and between the extra travel and medical bills associated with Jane’s care, the family is at the breaking point this month. While they were uncomfortable with asking for help, I convinced them to allow people to help if they wanted to. A few 100 could make or break things for the family. My goal is to raise $500 to help cover medical expenses this month. If you can chip in, please do:

Proof of the donation to the family will be posted to TransAdvocate.

Please help out however you can. She needs you because the other side is cruel beyond measure:

Now the public school children are being told by a demonic spirit, “You must open up your daughter’s privacy to our perversion.” And this demonic spirit inside of this boy is now violating – for all intents and purposes – he’s raping, at least visually, these teenage girls.