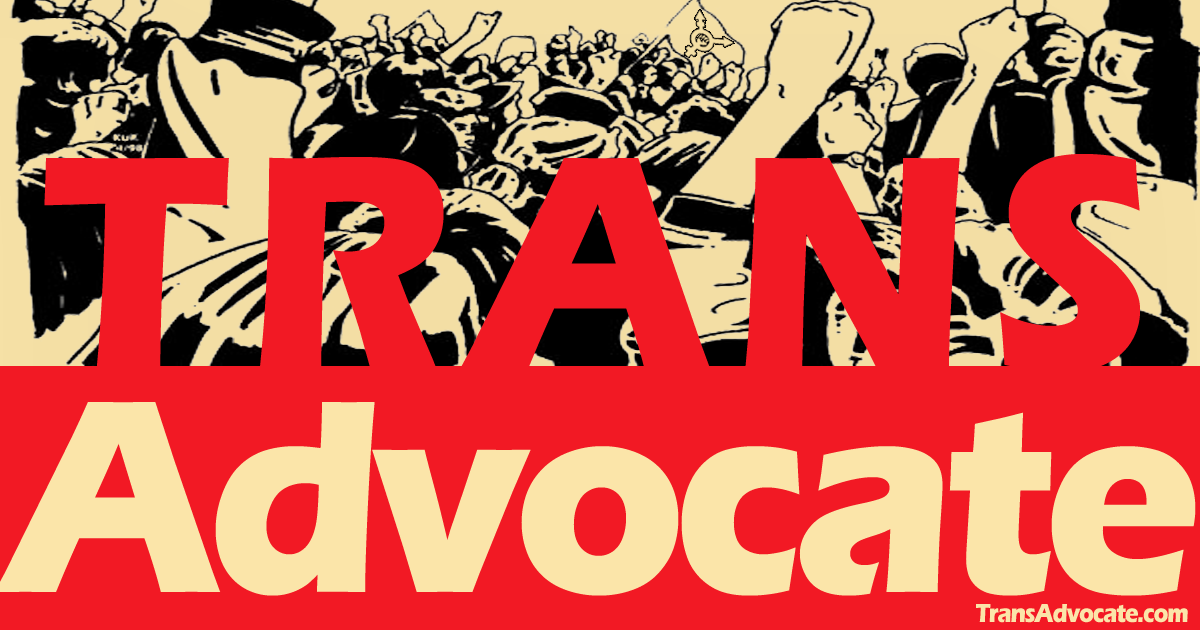 On Facebook and Twitter, I’ve seen some criticism of the SCOTUS ruling on marriage equality from trans people.  The script may vary depending on the audience, but here’s an example. Rebecca Juro posited this on Facebook: 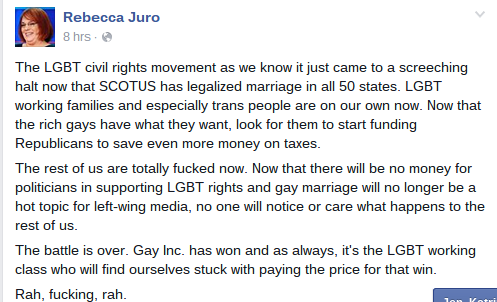 “The LGBT civil rights movement as we know it just came to a screeching halt now that SCOTUS has legalized marriage in all 50 states. LGBT working families and especially trans people are on our own now. Now that the rich gays have what they want, look for them to start funding Republicans to save even more money on taxes.

The rest of us are totally fucked now. Now that there will be no money for politicians in supporting LGBT rights and gay marriage will no longer be a hot topic for left-wing media, no one will notice or care what happens to the rest of us.

The battle is over. Gay Inc. has won and as always, it’s the LGBT working class who will find ourselves stuck with paying the price for that win.

It’s healthy to question the direction of the LGBT movement after Friday’s decision. But suggesting that GLBT families aren’t helped by the SCOTUS marriage equality decision and that the decision is bad for trans equality, is a bad argument that borders on homophobia.