If you know anything about the queer community, you’re familiar with the stereotype of the closeted dude who lives a lie by pretending to be Mr. Manly Man. You know, the guy who can’t shut up about how trans people totally gross him out and how he’s totally all about straight-cis identity politics? The guy who makes his entire life revolve around the very public promotion of the idea that he’s the embodiment of guns, god, and them-there good ol’ days when boys were boys and girls were girls?

This is a death threat, Representative. Clearly, you shouldn’t own an AR-15—and neither should anyone else. pic.twitter.com/jsiZmwjMDs

O’Rourke‘s campaign rightly reported the death threat to the FBI, a move Cain characterized as being childish. Cain, who snuck into the Texas Democratic convention with a gun and handed out signs inviting shooters to take note of Democratic homes, is perhaps better known for his over-the-top hatred of trans people.

[Trans people weren’t] a problem when I was a child. Was it a problem when you were a kid? I don’t remember dudes walking around in dresses getting beat up. It wasn’t a thing, and now I think we’re encouraging it. – Briscoe Cain

I don’t know what happened to Cain as a child, but I do know that he grew up to be a well-known “bathroom bill” crusader. And not only did Cain grow up to be a gun-toting right-wing manly-man, he grew up to be the most right-wing legislator in the entire state of Texas, which is really something. Perhaps smelling a whiff of that ol’ thou doth protest too much in the air, social media is awash in rumors that not only does Cain look like he fits the closeted stereotype, but that he’s the very embodiment of that stereotype.

The Deer Park schoolyard rumor has it that Cain, a Deer Park Highschool cheerleader, was openly gay before he was packed away to an ex-gay program, which produced the manly-man we see before us today: a guy who casually threatens people with AR assault weapons on public platforms. 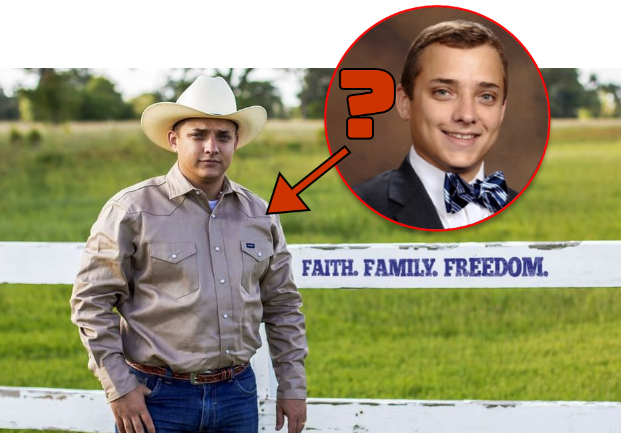 Texans have long wondered about the way he seems to act at being one of those real Texas manly-men. Queer people who were assigned a male gender, and who spent any time in the closet will immediately identify with the uncomfortable act of pretending to be a real man. But is this painful experience really what’s going on with Cain?

Do you think Briscoe is trying a little too hard to be a Texas manly-man, or do you think that people on social media are just reading too much into Mr. Briscoe?

On a side note, closeted people have done incredible damage to others in terms of trying to pass anti-LGBTQI laws to trying to pathologize non-cishet people. Given this reality, should closeted right-wingers in positions of power be outed? 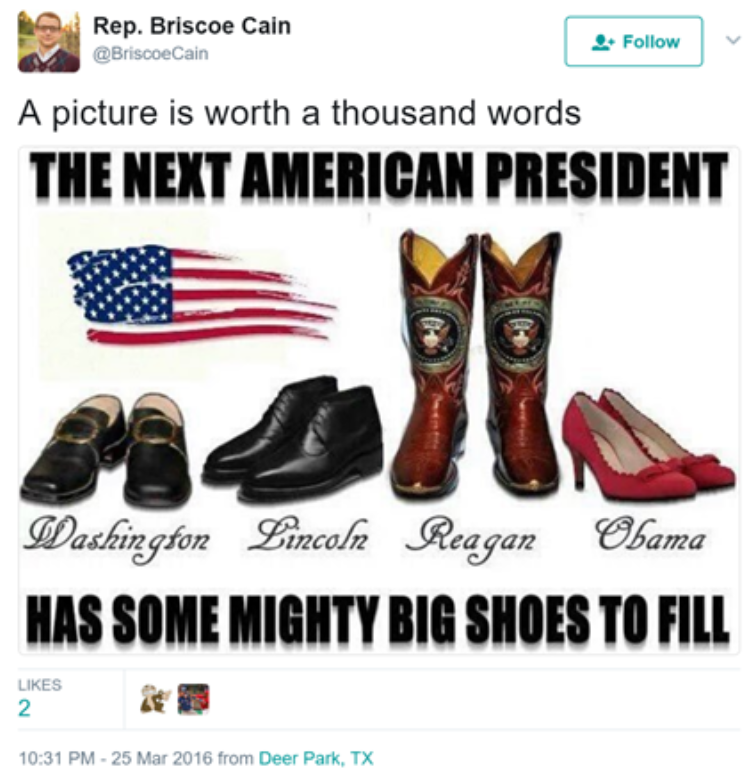 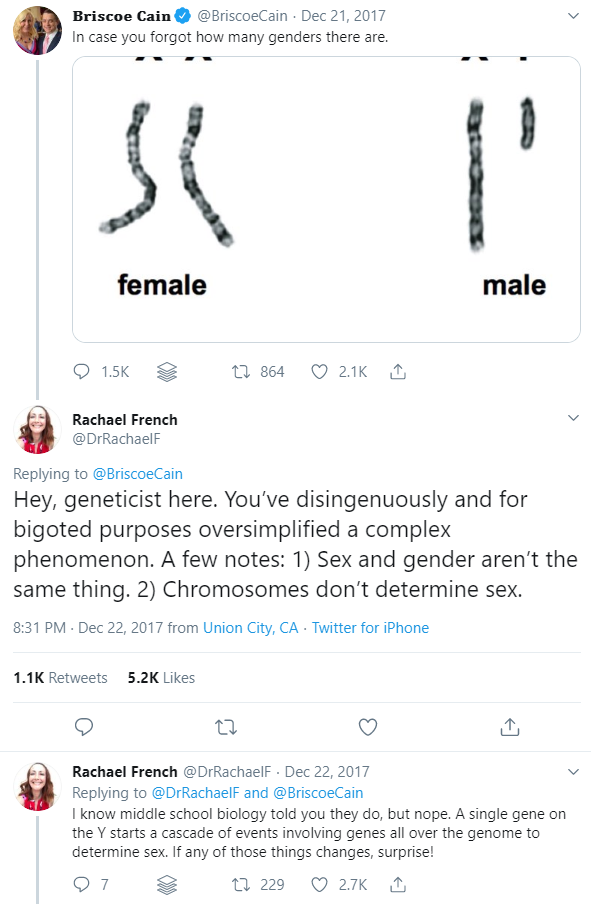