In Texas, one of the trans community’s most important activists is about to die.

I sadly write that a long-time fighter for trans rights, Sarah DePalma of Houston, is in hospice and may not last but a few more days. I went to see Sarah yesterday at the hospice –she was not cognizant of my holding her hand or talking to her– and I learned that she will be gone in a few days.

Back in the 1980s, before Sarah transitioned, she was President of the Gay Student Services (GSS) at Texas A&M. The GSS was banned from meeting on campus and her predecessors had filed a lawsuit against the university over the banning.  When she was President of GSS, the case had moved to the 5th Federal Circuit in New Orleans.  Surprisingly, the 5th ruled against the school and for GSS, ruling that the school must allow GSS to meet on campus.  As the school appealed to the US Supremes and all waited to see what the Supremes would do, a rich alumni of the school offered Sarah a large amount of cash if she would agree to simply drop the case.  She refused that money, the Supremes denied CERT to the appeal and the rest is good history.  Today, LGBTQ+ students meet openly at Texas A&M and have a school-paid staff person as the resource leader.  Moreover, the school now pays for the parade permit for LGBTQ+ Aggies to march in the Houston Pride Parade. Sarah stood strong and took the heat and I hope someday that the Resource Center names something in her honor.

I met Sarah in the late 1980s where she joined me in the struggle for trans rights.  By 1993 she led the lobbying work in Austin for the Texas Legislature to change laws to be more favorable to trans and intersex Texans.  As Republicans and conservative Democrats were in charge statewide, we did not win any favorable legislation, but she led that State-wide effort for many years.  She formed a group called Its Time Texas, which became TGAIN, and is now TENT, the Transgender Education Network of Texas.

Nationally, in the 1990s and early 2000s, Sarah joined with me and others to fight to ensure that lesbian and gay rights organizations become inclusive of bi and trans people. While these groups are now LGBTQI+ inclusive, at that time, many of these groups were working to ensure that trans people were prevented from joining in the struggle for legal civil and employment protections. She certainly knew how to organize and how to raise hell.  I was proud to have her at my side.

In those same mid-2000s, the slow burn of Parkinson’s began to claim her, and she had to leave the fight.  Her wife, Lori, stayed with her and has been steadfast in assisting Sarah through this debilitating decade-plus ordeal. As any who cares for loved ones during a grave illness, Lori’s love of Sarah is powerful, beautiful, and inspirational. 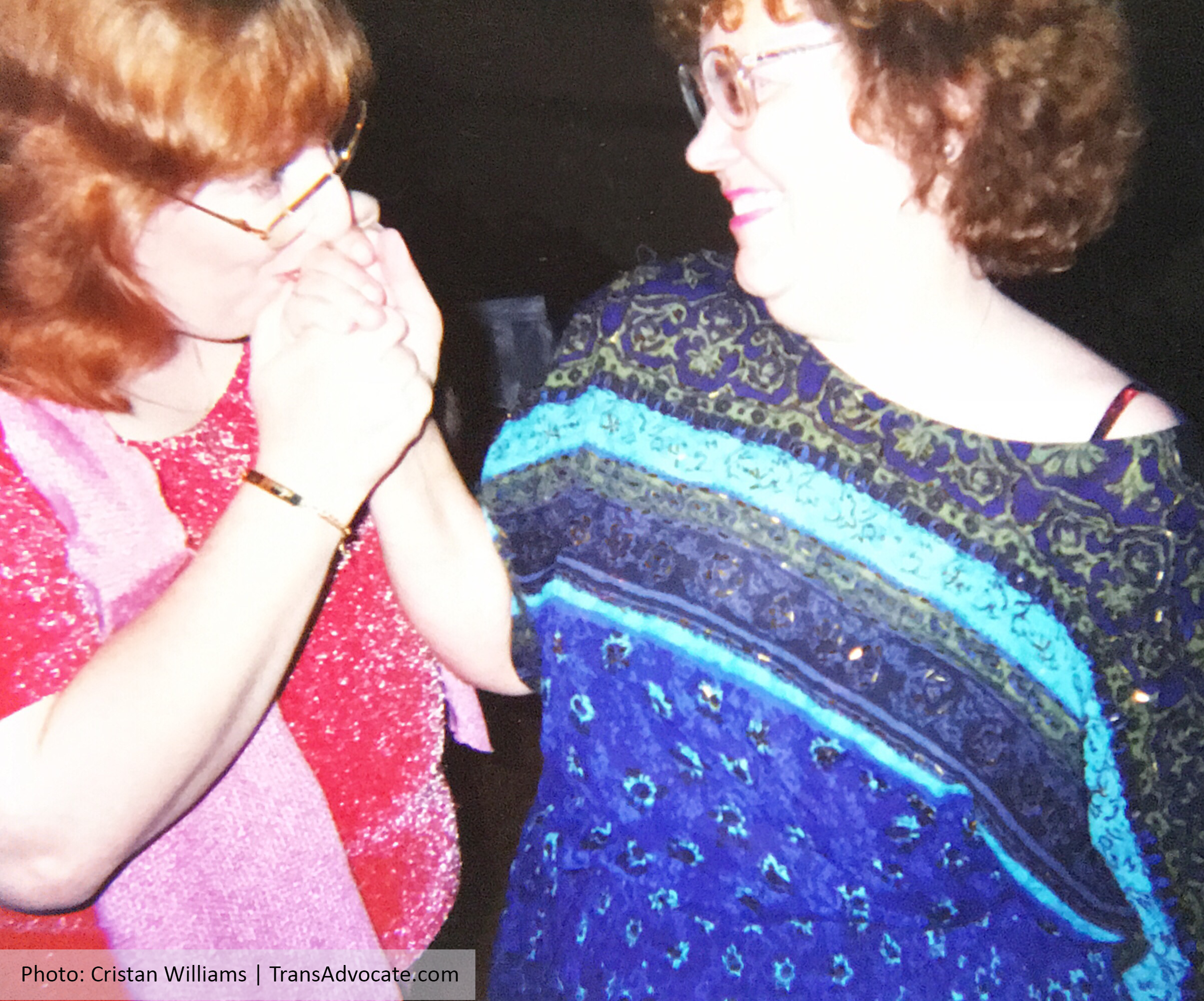 Phyllis Randolph Frye is widely the regarded as the “grandmother of the transgender movement” and is the first out trans judge in America.

Meghan Murphy, a Canadian TERF, is suing Twitter for the special right to harass trans women on Twitter. Murphy is represented by Republican operative and past editor of the Heritage Foundation's Policy Review magazine, Harmeet K Dhillon. Joining Murphy's suit is Noah Peters, attorney for a…
Read
Previous Post

Trans Community Comes to the Aid of Furloughed Federal Workers

The Transgender Foundation of America (TFA) announced that the Transgender Disaster Relief Fund (TDRFund.us) would accept applications for assistance from LGBTQI and allied federal workers whose lives were thrown into chaos due to the Trump Government Shutdown. Alexis Melvin, President…
Read
Random Post

Gender Nation is a bi-weekly column by Gwendolyn Ann Smith, the founder of the Transgender Day of Remembrance, reviewing news affecting the trans, intersex, and genderqueer community. A questionable search leads to lawsuit A lawsuit against a Louisiana prison claims that…
Read
Random Post

The United Kingdom's conservative weekly magazine, The Spectator, recently published a post written by Brendan O'Neill (Editor of Sp!ked).  The piece’s title gives you a hint to its tone:  Trans activists are effectively experimenting on children. Could there be anything…
Read
Random Post

Activism Leaders Leading Towards the Door

“We're setting sail to the place on the map from which no one has ever returned ….”  — Ship of Fools, World Party It was just Tuesday that I read in the press that Gay/Lesbian/Straight Educators Network (GLSEN) founding executive…
Read
Random Post

The Blue and Yellow Stepchild

Every year around this time I start seeing the GLBT media get in a feeding frenzy about the HRC's Corporate Equality Index (CEI). Story after story is told of how American corporations are getting better and better for GLBT Americans.…
Read