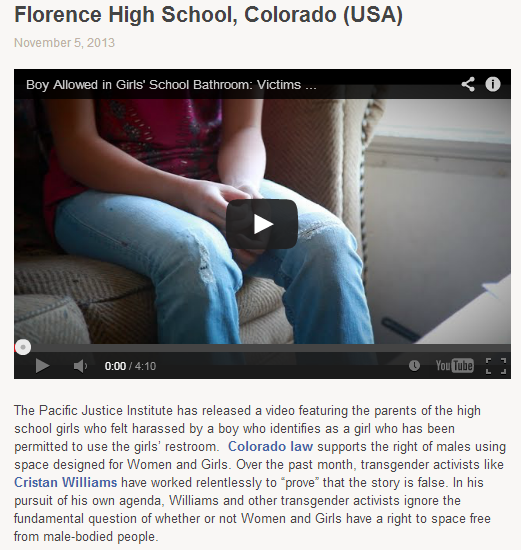 Brennan had previously acted as PJI’s mouthpiece, delivering PJI statements to the TransAdvocate. Additionally, Brennan outed the name of the trans kid during the height of the bullying she was enduring, an act even PJI refused to do.

This fundraising video features individuals PJI asserts are subject to police investigation for possible online criminal activities targeting a trans youth. This video targets the same trans youth who who was recently bullied to the point of suicide. For more information about the fundraising campaign being promoted by Brennan’s TERF group, click here.