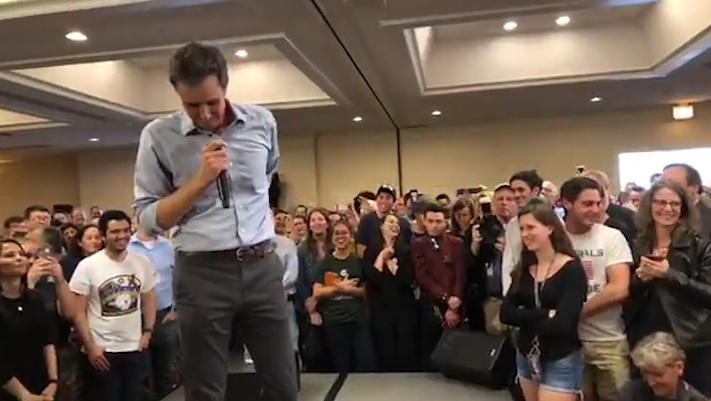 Known for dropping F-bombs during live TV events, Beto made a promise to stop cursing in public speeches. However, he broke that promise when the topic of bigoted anti-trans laws came up at a recent town hall held in Alexandria, Virginia.

Expressing outrage over Republican-led anti-LGBTQI bills, Beto exclaimed, “In Texas, we just evaded a transgender bathroom bill! Seriously! After all the shit – sorry, the STUFF that’s happened!” At that point, the presidential candidate realized he’d just cursed, and his audience erupted in both laughter and applause.

All the stuff that happened in North Carolina.

At every turn in this country’s history, we said if we integrate the armed forces by race, it would make us weaker, by sexual orientation, it will make us weaker — it has made us stronger every time!

Watch the moment below:

According to a recent Quinnipiac poll, Beto has a third-place ranking, behind Bernie and Biden: