Adrien Lawyer found himself exploring his options in transitioning from his outwardly feminine appearance to presenting as male in 2004.  He says “I remember playing with the boy’s toys like guns and toy knifes when I was a kid.  I would dress up as a boy and do the things typical of what most boys do.” 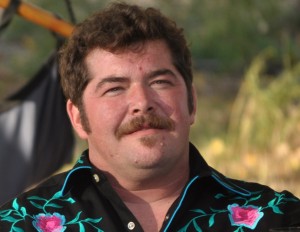 When Adrien began researching his options in 2004 to make his transition he felt that there was no one to support him, he felt isolated.  Adrien recalls having to contact several people that he researched on Google before getting a person to call him back, to give him the name of an endocrinologist.  “I am a stubborn person, I was not going to give up until I got that name…It just should not be that hard to get the name of a doctor” Adrien explains in a frustrated tone.

Adrien and Zane decided that they would not allow anyone else to go through the struggles that they had to go through.  They began by making a website and putting all the known resources on that website for other people starting their transition.  They began a support group and eventually in 2008 they began the Transgender Speakers Bureau.  They began transgender 101 workshops for school staff, medical personal and others to learn about transgender people and how to treat them with the respect they all deserve.  This all led Adrien and Zane to the realization that they needed to make some sort of transgender center.

From 2008 to 2010 Adrien learned so much more, “We learned what our other siblings are facing out there, especially our sisters”, while referring to trans women.  Finally in February of 2012 Adrien and Zane opened one of the first transgender centers and called it the Transgender Resource Center of New Mexico (TGRCNM).  They started out by providing HIV prevention services tailored to the transgender community and branched out to homeless case management and student activism.

Just as Adrien was explaining the services to me over the phone, I could hear him walking into the Transgender Center.  “Walking into the club with this loud music blasting” I could hear Adrien saying with a joking tone.  He teases the person that is playing the loud music and she teases back.  Right away I got a feel for the fun nature of this center, just as Adrien joked “this is the TGRC Club.”

According to a report titled ‘2013 ETNYC Transgender Statistics Report’ by Everything Transgender in New York City (ETNYC), the trans homeless population is double the national average of the homeless population.  TGRCNM is cracking down on the Transgender homeless population.  According to Adrien, on any given day fifteen to thirty transgender people access the drop in center, which is open daily from 1-6pm.  These homeless transgender people utilize TGRCNM’s homeless services which include a safe space for homeless transgender people to sleep, shower, washer/dryer, free clothing that is donated by the public, free monthly bus passes, and access to all their other services.  Adrien went on to explain “It is not the same 30 people, but everyone is not unique, in general we probably have about 150 sort of regular community members that we see on a rotating biases here.  We have new people coming in all the time that we have never met before.” 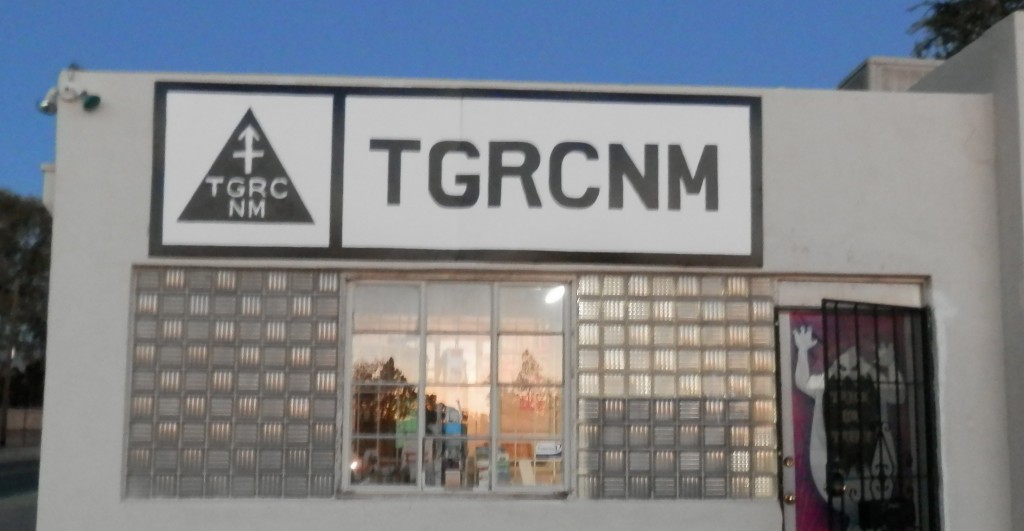 TGRCNM is paving the way for transgender advocacy in New Mexico.  They began early on in 2009 by consulting the New Mexico Motor Vehicles Department on how to process transgender people that needed to get their gender marker changed from one gender to the other.  They used a model similar to Massachusetts, which has a one page affidavit that they have fill out, it has a section that the trans person will check off ‘My gender identity is…(Male or Female)’.  A certified professional such as a doctor or therapist has to cosign the document, after which the transgender person will have to take the forum to any MVD in New Mexico and their gender marker will be changed.

To get a name change in New Mexico a transgender person must fill out a form for the courts and pay a $150 processing fee which is waved for low income people.  The process from start to finish takes between four to five weeks.  According to Adrien, there are very few problems when it comes to a transgender person getting their name changed.  However it is a different situation with the Tribal Authorities.  In most cases they turn down transgender people claiming that changing a name is a matter of personal vanity and therefore does not qualify as a legal necessity.  Adrien feels that this is simply an education issue for the different Tribes in which TGRCNM can help with.

TGRCNM’s onsite case managers help transgender people fill out forms and go through the process of getting their names changed and their gender marker changed on their driver license.  The case managers also help trans people struggling with family issues, substance abuse issues, identity issues and self-esteem issues.  “We see it all here for sure” Adrien says in a low sad tone.

There is a ‘law center’ at TGRCNM staffed by an attorney that recently finished law school.  She advises people in criminal, family and identity matters.  “The law center has been very successful in tracking instances of employment and housing discrimination affecting the local transgender community” says Adrien.

One of the many issues that TGRCNM is working hard to address is discrimination around student restroom access.  The Albuquerque, NM corporate school system attempted to pass a policy that would require transgender students to use a gender natural bathroom, “if the school building had an acceptable gender neutral bathroom for everybody… that was fine, if they did not have a gender natural bathroom, the students would be forced to use a staff bathroom or the nurse’s bathroom.”  Adrien explained.

TGRCNM was successful in blocking the school systems proposed bathroom policy on the grounds that “it singles out our kinds by being mandated to use the nurses bathroom or staff bathroom” Adrien explained and continued, “They are singled out to the other kids as having something different about them that makes them have to go and use a separate bathroom.”  Adrien gave an example of the history of the civil rights movement and how this proposed policy falls in line with the repeated segregation, saying “It also goes back to the civil rights struggles over the last 70 years, that have been predicated on the idea that by having a separate facility, is by definition not equal.  To say we provide you with this separate bathroom (and) that is fine, is not true.”  According to Adrien, many transgender kids are already using the correct bathroom that corresponds to their gender identity.

Adrien’s struggles from feeling alone and unable to find adequate services ten years ago has fueled his nonstop energy to greatly improve conditions for the transgender people of New Mexico.  He has been awarded several awards including the Jose Sarria Into the Light Award for Community Service and the Vincent R. Johnson Models of hope Award for LGBTQ Role Models.  Adrien is a role model that every trans advocate, activist and ally from all over the world can learn something from.