While the vast majority of the feminist word understands that in a society that punishes trans people, not being trans is beneficial. However, fringe nuts on both the left and right often bleat on about how cisprivilege isn’t real. 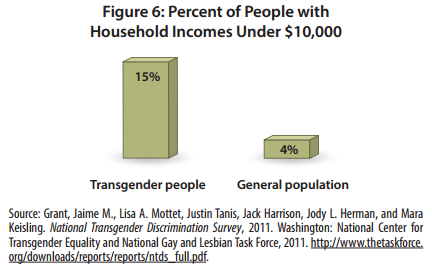 Let’s be clear, this is what cisprivilege looks like: