Over at LGBT Weekly where I write the Trans Progressive column, the August 15, 2013 column is about this year’s California Transgender Advocacy Day. About fifty people, including trans adults, trans youth, parents of trans youth, and allies lobbied for three bills that will impact trans people — trans people who are visitors, residents, past residents, and citizens of the state of California. 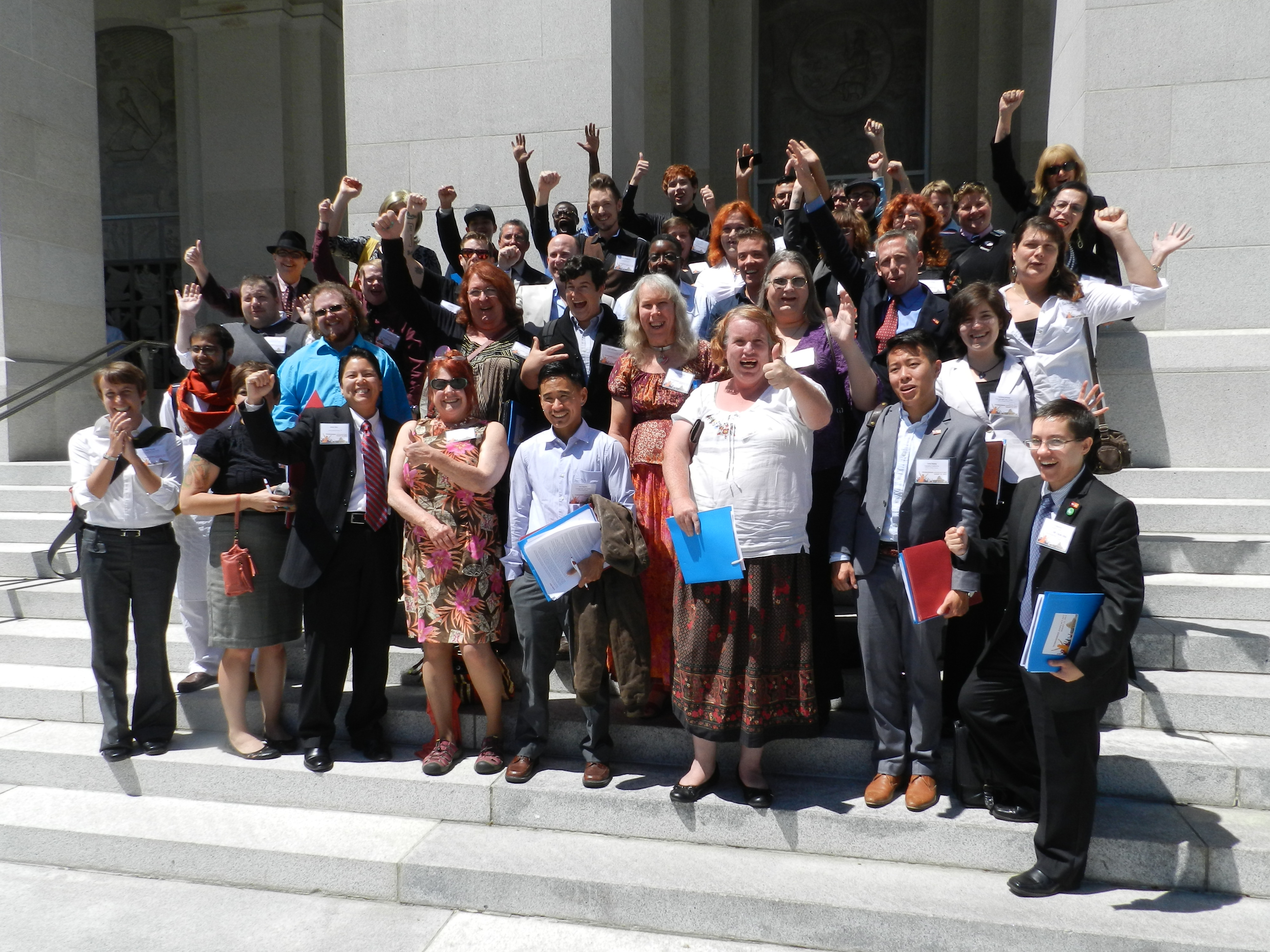 How did trans rights advocates and citizen lobbyists win on AB 1266? Well it’s the same way we’ve seen bills that impact trans people in a positive way pass into law in past years. 1.) California is a progressive state, 2.) there are LGBT community civil rights non-profits, such as Equality California, the National Center for Lesbian Rights, and the Transgender Law Center, which develop relationships with LGBT caucus legislators and propose legislation that positively impacts trans people, and 3.) these non-profits organize citizen lobbyists to lobby for legislation that in a positive way impacts trans people.

And, we vote for these legislators that cast votes in the statehouse for us, and so do our allies.

Lamenting that AB 1266 has been signed into law by Gov. Brown, transsexual separatist Jennifer Usher of Just Jennifer wrote an essay entitled A Very Bad Law. And in the same vein, back in 2011 transsexual separatist Elizabeth of Notes From The T-Side blog argued against AB 433 (the Vital Statistics Modernization Act) in her essay entitled The truth about California Bill AB 433.

Transsexual Separatists over at TS-SI website tried to organize an annual Transsexual Independence Day, and identified it as an annual event to contact legislator in 2011 and 2012. The effort of this lobbying day was described in 2011 as follows:

We urge that all of us, wherever we are in every country and political subdivision, write a letter to the leaders of our respective governments and deliver a direct message:

“People of transsexual history, those born transsexual, have a correctable medical condition that should not be confused with the sociopolitical and lifestyle activism of transgender activists. This is important because the willful confusion imposed by transgenderism deflects effective medical treatment from those who desperately need it.”

We vary in our opinions regarding the great issues of governance that animate our day, proceeding from separate assumptions about what is just, meet, and affordable in our separate countries. We do not ask in this appeal for specific policies or funding. We do not seek advantage over others, but we do ask for our liberty. 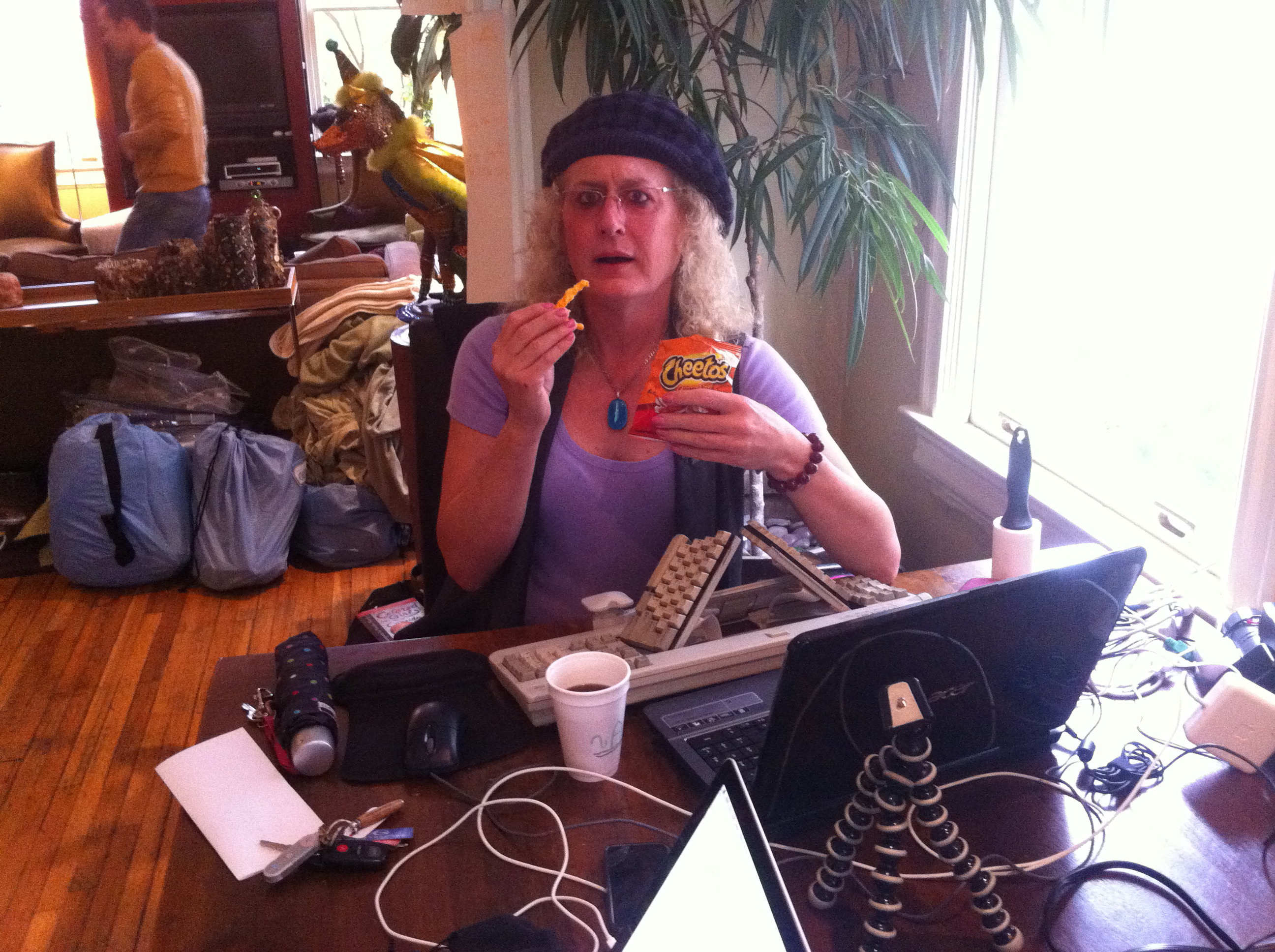 The message of Transsexual Independence Day was a complete non sequitur. The organizers weren’t lobbying for or against any legislation at all, and they weren’t proposing any legislation to address their concerns. In other words, there didn’t seem to be any point to contacting their legislators as they weren’t making any specific asks of those legislators.

Even Notes From The T-Side‘s Elizabeth saw problems with the organizing effort for Transsexual Independence Day.

Lament all they want about past legislation like AB 433 and AB 1266 becoming law, and maybe lament some more about this year’s AB 1121 likely being signed into law sometime this or next year, but organizing and lobbying in any numbers to fight against legislation is beyond them and their peers’ capabilities.

Keyboard activism alone is just slacktivism. What passes for “classic transsexual” and “true transsexual” political activism these days seems pretty much limited to slacktivism directed at a few bloggers and activists with significant internet presence — slacktivism that doesn’t have any political impact whatsoever.

And, may this slacktivism by transsexual separatists always remain as ineffectual as it is now.