Those in her corner cite studies that show that testosterone production is diminished by several years of estrogen therapy, while adversaries contend that those studies are flawed, and that she has an unfair advantage in muscle mass. – MMA Fighting

Look, she’s huge! She’s not just huge, she’s got a fucking man’s face. I mean, you can wear all the lipstick you want. You want to be a woman and you want to take female hormones, you want to get a boob job, that’s all fine. I support your life to live, your right to live as a woman. Fight guys, yes. She has to fight guys. First of all, she’s not really a she. She’s a transgender, post-op person. The operation doesn’t shave down your bone density. It doesn’t change. – UFC’s Joe Rogan 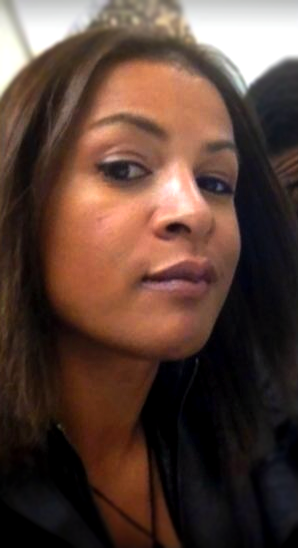 The above two quotes capture the essence of the various criticisms lobbed at Fox. Some of the more out there commenters seem to think that her assumed Y chromosome imbued Fox with special powers/energy (apparently something like a Pokemon) which will help her win her fights. Some assert that somehow Fox looks different from all the other MMA women. Others claim that she has really thick bones while yet others claim that her bones are extremely long which gives her a dangerous advantage over all the other women of the MMA fighting world.

Folks like the MMA doctor, Johnny Benjamin claim that organizations like the International Olympic Committee only allowed trans folk to compete (in sports including boxing and martial arts) after an international conspiracy of political correctness by the trans community forced their hand:

Transphobia, sexism and vague (unfounded) claims of conspiracies seem to represent the foundations upon which all anti-Fox arguments are built.

There’s an objective truth to be known about each of these questions.

Most measures of physical strength minimize, muscle mass decreases, bone density decreases, and they become fairly comparable to women in their musculature. After as much time as has passed in her case, if tested, she would probably end up in the same muscle mass category as her biologically born female counterpart.
– Dr. Bowers, commenting on Fallon Fox

She’s been doing that [HRT] for so many years, that she probably does not have a significant advantage, if any at all. Especially because she wasn’t a big man when she lived as a male. She’s 5’7 and slight of build, and basically the size of an average female.
– Dr. Leis, commenting on Fallon Fox 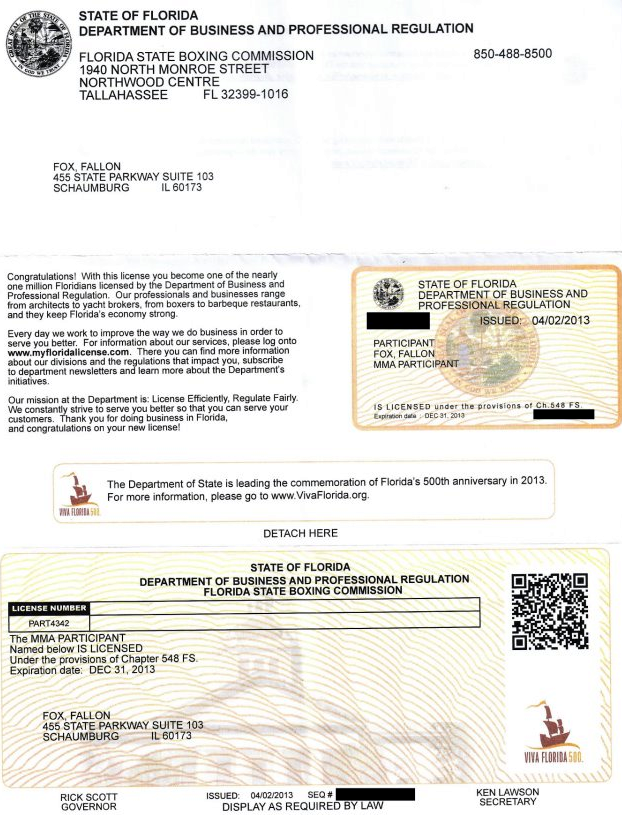 Perhaps Florida’s boxing commission buckled and allowed Fox to fight in women’s MMA after a trans conspiracy forced their hand?

About.com defines transphobia is an irrational fear of, and/or hostility towards, people who are transgender or who otherwise transgress traditional gender norms. Rational is defined by the Merriam-Webster dictionary as “having reason or understanding” and “relating to, based on, or agreeable to reason.”

If Fallon’s bones aren’t harder, if she isn’t more muscular, if there’s no trans conspiracy and there’s no licensing requirement to appeal to the male gaze, then what’s really the issue here? 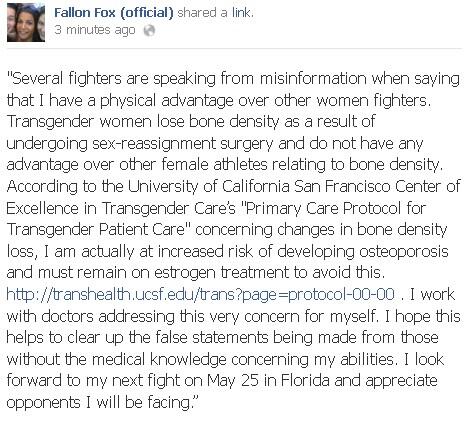 In categories:Best of TA Cristan Williams
Tags:Fact-Checking in the media transphobia women's sports
Next Post

Trans Exterminationalists In Their Own Words

One of the things that mystifies me is why The Southern Poverty Law Center hasn't declared Trans Exterminationalist Radical Feminism as a hate group.   Could it be because the rumor may be true that a TERF works for SPLC and…
Read
Random Post

Gender Nation is a bi-weekly column by Gwendolyn Ann Smith, the founder of the Transgender Day of Remembrance, reviewing news affecting the trans, intersex, and genderqueer community. Trans prisoners, the next battleground A federal court case represented by the Alliance Defending…
Read