Dave Chappelle’s cisgender enablers repeatedly assert that anti-trans “jokes” are “just jokes” and not an essential aspect of the dehumanization process. So, let us put cisgender media’s claim to the test.

The pushback against supporting the dehumanization of trans people began with a trans employee for Netflix writing, “I work at @Netflix. Yesterday we launched another Chappelle special where he attacks the trans community, and the very validity of transness – all while trying to pit us against other marginalized groups. You’re going to hear a lot of talk about “offense”. We are not offended.” She continued, posting a detailed analysis of Chappelle’s show, noting that anti-trans dialectics are an essential part of systemic oppression that ends in the deaths of numerous trans people. Such assertions are testable. For instance, using Google Trends, one can compare the search term “Dave Chappelle” with hate terms like “faggot” and “tranny” to see whether there is any correlation:

Search term comparison between “Dave Chappelle” (blue) and the hate term “faggot” (red) for searches taking place in the US.

Indeed, there does not seem to be any significant correlation between searches for Chappelle and the anti-gay slur, “faggot.” However, the following graph considers the correlation, if any, between “Dave Chappelle” and the anti-trans slur, “tranny.”

Search term comparison between “Dave Chappelle” (blue) and the hate term “tranny” (red) for searches taking place in the US.

As a baseline, consider the above two Google Trends samples with the following, comparing the search term “Dave Chappelle” with the non-slur search term, “transgender:”

Search term comparison between “Dave Chappelle” (blue) and the neutral term “transgender” (red) for searches taking place in the US.

The cisgender press has “debated” the trans experience since at least the 1800s, which is, incidentally, when one of the first known American trans rights groups was formed. 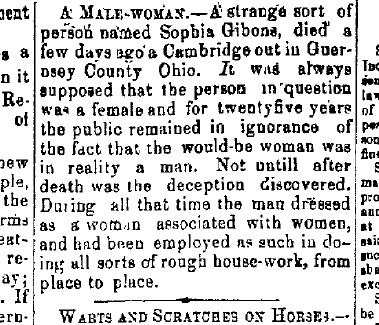 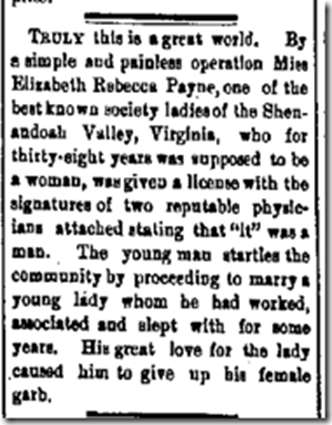 Cisgender media has debated, discussed, remarked upon, and mocked trans existence for more than a century, and yet, cisgender media tells us time and again that the public still needs to debate the transgender question.

Media controlled by cisgender people purporting to explain transgender experiences, concerns, and history, often using a “both sides” trope. The hallmark of cisgender media is a preoccupation with platforming anti-transgender hate groups, ideological concern-trolls, sensationalism, and the promotion of non-fact-checked assertions based on equivocation and lies.

However, why has this need arisen over the last few years, especially within the UK media? Perhaps it is helpful to look at what was happening in UK politics during peak media trans interest:

In a functioning democracy, the media’s job is to report facts. A journalist’s job is not to report the mere opinions of “both sides” so that the readers or viewers can decide, based not on demonstrable facts but instead on opinions. When a news outlet reports opinions rather than demonstrable facts, they abandon their epistemic responsibility, which is precisely how the world wound up with Brexit, Trump, climate denial, and anti-vaxxers. When journalists fail to inform the public of the demonstrable facts and instead resort to infotainment opinion debates, the public makes choices based on opinion rather than fact.

Recent examples of unethical journalism come in the form of the two most prominent trans stories making international news in cis media:

While both of these cis media stories are lies, they are also excellent examples of how some cis people project their unresolved emotional problems onto trans people.

As it turns out, Chappelle canceled himself several years ago for the very issue trans people have said, from the beginning, that we have with the new, modern incarnation of Dave “It’s Just A Joke, Bro!” Chappelle’s cishet-man-complaining-about-modernity-as-comedy. Furthermore, the BBC story about how trans people are rapey rapists who are raping (cis) Lesbians features the complaints of a cis woman —who is herself a known serial rapist— as a victim and the anonymous grievances of TERF/Gender Critical forum members. Neither of these facts appears in cis media reporting.

In an interview with David Letterman, Chappelle said that he canceled himself, missing out on a 50-million-dollar contract because he thought that white people were laughing at his racial content for the wrong reasons:

Early in the interview, Letterman broaches the subject of what precisely caused Chappelle to leave his show. They get to talking about how Chappelle was filming a certain sketch, and a crew member laughed at a beat that he thought wasn’t really the point of the sketch. While there was racial humor in the sketch in question, the laughter seemed to stem from something not related to the satire. The crew member laughed at Chappelle rather than with him by the sound of it. As Chappelle puts it, “It just raised an interesting question to me, which I was already wrestling with in the first place.”

It sounds like Chappelle was already grappling with a serious dilemma: Did his show satirize racial stereotypes or reinforce them?

He seems to have understood the immense power and respect the show gave him. At one point in the interview, Chappelle mentions that he was “bigger than [he] was comfortable with.” Even if his intentions were good, the way it was coming across to audiences, including that one crew member, seemed to be getting lost in translation, and he rightfully wondered how he should proceed with his career.

The author of this BBC trans-as-rapist piece began trying to construct her pre-arraigned narrative more than a year ago, and, according to the BBC, the finished article was the result of months of editorial revisions. The TransAdvocate reached out to the BBC author to demonstrate why the prearranged narrative was false and transphobic. Moreover, we warned people the BBC author targeted, and yet, some nevertheless participated with the story:

Here, it is worth restating some facts of life.

Cis Media & the Facts of Life

When trans people agree to participate in a both-sides “debate” regarding the right of trans people to exist as equal citizens, we must remain clear about the context of such debates:

Yes, it is unfair.

Yes, it should be different.

No, nothing you can do will change the way cis media has operated in its more than century of reporting on trans issues.

Even though you feel that a trans voice should be represented in cis media and that you feel you have an excellent grasp of the facts, you are, nevertheless, being duped by cis media into helping them harm your community.

These are the facts of life.

If you want to lift up trans voices, then start a blog, support trans journalism, write to the editors of newspapers, submit your work to outlets, and refuse to allow your work to be published if the editor demands you include “the other side of the debate” in your fact-based reporting because anyone seeking to platform the other side of demonstrable facts is not ethical. Write for anthologies, journals, and zines. Teach journalists how to be ethical when it comes to factual reporting. This is how you can be ethical when lifting up trans voices. You can never be ethical when participating in cis media because cis media is itself unethical.

To hit home this point, what follows is a selection of reporting, as presented by cis media, from Google’s Full Coverage page:

Table 1: Cis media headlines as presented by Google’s Full Coverage page. Hyperlinks are not provided because the author did not wish help in improving cis media’s google ranking. Articles are available to those who wish to read them by searching for them on any search engine.

Alternatively, compare the themes from the above cis media headlines to the two queer media sources from Google’s Full Coverage page:

What becomes immediately apparent is that there exists a theme for each group, cis and queer. For example, Cis media focused on debating so-called “cancel” and “PC” culture, free speech, and what various opinion leaders might think about the “debate” and “controversy.” Alternatively, queer media coverage focused on the issues raised by transgender activists, namely that Chappelle promoted numerous falsehoods and that the dialectic he used is part of a system that produces oppression for transgender people.  Moreover, it is worth noting that of the 96 stories featured on Google’s Full Coverage page, only two came from queer media.

To construct systemic minority oppression as unproblematic, dialectics are of primary importance to systems of oppression 1. Such modulates the defining characteristics of being a minority for systems of oppression. The material condition of oppression and its subjective experience rests upon a dialectical foundation upon which every form of objectification and subjugation is naturalized as normal, ethical, and even divinely ordained2. Such is the function of cis media. The sooner trans people and our allies deal with this reality, the sooner we can cease participating in our own oppression.