Patriarchy, Petitions & Possums: The Simple Process of Getting a Name and Gender Change in Texas

Damn! 4:30 a.m. I fumbled with the off switch on the alarm clock, knocking over the glass of water I kept on my bedside table. I can only compare the sound my alarm makes to the unholy union of grinding metal and fingernails on a chalkboard. I needed to get up. I needed to get ready. I thought of the things I needed to do. I reminded myself to make sure I have all of the documents I would need to file for my name and gender change. “Where did I put that check? God, what time is it? 4:35 a.m.” Four hours of sleep.

It was about then that I noticed that my foot was really wet. So, I proceeded to do what any rational individual would do. I laid in the dark and wondered why I had a wet foot. I slowly reached under my covers and to my amazement, I found a rather thick rope on top of my leg. I crinkled my nose and thought that perhaps one of my roommates was attempting to play some sort of practical joke on me. I grabbed the rope tightly and began to pull it up for a closer inspection. Suddenly, the rope was pulled from my hand. This forceful tug was accompanied by a rather loud thump at the end of my bed. My foot was still wet. My mind raced back to a childhood fears of snaggletoothed monsters crawling into my bed.

I switched on the light just in time to see what appeared to be a large mutant rat hiss at me. Its demonic eyes reflected the overhead light as it huddled itself in the corner of my room. I screamed, “POSSUM!” It hissed at me again. My mind raced. My foot… my foot… wet. I thought, “A possum crawled into my room, under my covers and has been eating my foot!”

A second later I realized that my foot felt fine. “He slobbered on my foot!”, I thought. “Oh, god. My foot is covered in possum spit!” I reached under the covers to inspect my foot and then slowly raised my hand to my face.

The possum had released the contents of its bowels onto my foot.

I am sure that there exists some volume of omens which would explain precisely what it means when a creature who, upon feeling the need to defecate thinks to itself, “No, I think I will hold it… I feel the urge to save it until I am in Cristan’s bed.” And so, against all natural instincts, it clenches it’s little butt cheeks while it found its way into my house, then into my room so that it could quietly creep into my bed, under my covers and then crap on my foot.

In fact, it was an omen. My incontinent friend had fired a sticky warning shot all over my foot. I should have taken heed. I should have stayed in bed.

Wherein I learn to really hate the patriarchy

When we went to get a court date from the judge’s scheduler, I was informed that if I would like to wait around, the judge would be back soon and would then listen to my case in his office. My heart leapt as I realized that I might walk out of the court building with the ability to get a job.

My exhilaration was extinguished when the court scheduler informed me that the sitting judge was on vacation and that the judge that I would be seeing was his fill-in. My heart sank lower when I caught a glimpse of the replacement judge. He was old and by old, I mean ancient. It also appeared the he found it fashionable to wear as many necktie pins as possible that quietly referenced to his choice of religion.

So my friend and I waited. And then waited some more. Then we waited a bit longer. I thought that it would be a good idea to double check with the scheduler. My knees went to rubber when she told me that he had gone to the legal library to double check some of the statutes that had claimed on my petition.

I knew that I was sunk. My case hinged upon trying to bring many points together in order to show that if you look at that specific section of the law in a certain way, that you could then justify the change of name and gender. I knew that nowhere in Texas law did it specifically say that it is legal, or for that matter, illegal for a pre-operative transsexual to obtain a name and gender change. Would he agree with the argument? I almost threw up all over the smiling scheduler’s desk.

I went back to waiting. I paced. I prayed. I tried a calming exercise  “Breathe, breathe in and let the fear out… let it all out. That’s right… it let all of that nasty anxiety out. Feel all that fear, stress and anxiety leave as you open you mouth and exhale…” I went to the bathroom to vomit.

He told me that the section of law that I quoted in my petition said nothing about gender changes. He spoke these words crisply – authoritatively. There was a silence that seemed to echo in my head. I realized that it was up to me to either make this happen or at least get him to defer this ruling for the sitting judge.

I explained how to get form that section of law to the evidence that I had to a gender change. The judge licked his parchment lips and said, “But it don’t say anything about a change of gender in this book, here.” I went on to educate him about the oppression trans people face on a daily basis, the job discrimination and the plethora of suggestive studies that have been done about gender, brain structures and prenatal hormone levels. He looked at me, at the floor and then the law books. I looked at his tie pins. I went on to educate him about the standards of care – the standards which one must adhere to in order to receive genital reconstructive surgery – the same standards, which all but said that it patients should get a gender change prior to taking that permanent step. I went on to explain that the courts have a long, long history of deferring to the experts in areas where expert advice is needed. He leaned back in his chair, looked at the ceiling and said, “But it don’t say anything about changing your gender here in this book.”

I could see that I was getting nowhere with logic and it occurred to me that the problem may have not been the facts of the case; rather, my problem may have been my logic. So, I changed course and like any good little lady might, I asked him about his great grand kids. All of a sudden, it seemed that we were getting along famously.

He told me about his family. He showed me their toothy photos. He told me about the years and years of judgifying he’d done. He told me about what he did when he wasn’t sitting in for a judge who was on vacation. He told me about both his last fishing excursion and golf game. And then, suddenly, he proclaimed that he’d let the sitting judge hear my case.  I smiled… sheepishly, and thanked him as if he had just put an end to the holocaust, received another court date and went to the restroom to vomit.

When I came back to see the sitting judge, I learned that he wanted to hear my case in open court. I walked into his courtroom and was transfixed by the huge, badly taxidermied longhorn steer attached to the wall behind the judge’s bench.

When he called my old name, I walked towards the dead steer. Its bulging plastic eyes seemed to track my movement. When I was standing in front of the judge and his dead cow, I noticed that he (the  judge, not the dead cow) had a rather large waxed handlebar mustache. It reminded me of Snidely Whiplash and a strange sound escaped my lips. The judge looked at me. I looked at the judge. The judge told me that he checked his law book and that he couldn’t find any statute that would allow him to change my gender.

From my research, I knew that this long-term judge was a Republican. I also knew that the new female  judge just down the hall was a Democrat. I asked if he would be willing to transfer my case to her court. He thought about it for a little while, frowning… and then slowly smiled and agreed to transfer my possibly controversial case to the female judge’s court.

I knew a few things about the judge he was transferring my case to. I knew that she was fair to LGBT cases. I also knew that she’d grant the  name and gender change because I had helped a few people go through her court already.

When I returned to the courthouse, the female judge reviewed my paperwork in her office prior to court. In less than 5 minutes, she’d signed off on my decree and changed my life.

Years later, my judge was replaced by a Republican. By then, she’d helped a lot of trans folk move forward with their lives. As it happens, her record of fairness towards LGBT people was never an issue. Eventually, my judge lost her race to an anti-choice female Republican judge who wound up quitting before she served her full term. A male Republican judge was appointed to take her place. 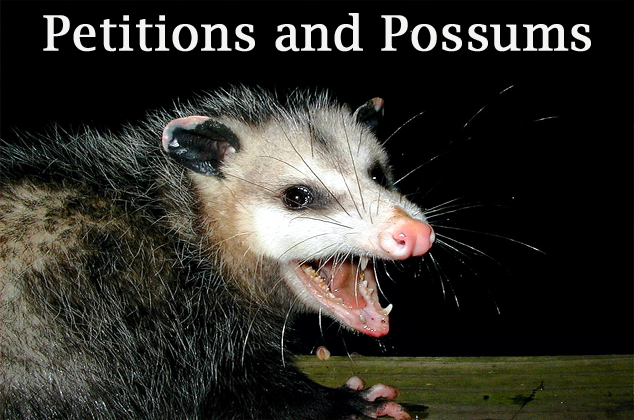 Pongsapat Pongcharoen is a US-educated Thai police general who running for the office of Bangkok's governor. Our modern world increasingly accepts varied genders… Bangkok must be a city that understands sexual differences, not just accepting different lifestyles … it must…
Read
Previous Post

Multiple news outlets have reported on the recent torture, murder, and mutilation of a mid-western trans rapper. The rapper, Evon Young went missing January 2. The official story is that 5 men were arrested for torturing, mutilating, murdering, immolating and then throwing Evon…
Read
Random Post

The POTUS noted Stonewall in his 2013 inaugural address: We the people declare today that the most evident of truth that all of us are created equal -- is the star that guides us still; just as it guided our forebears…
Read
Random Post

By Cristan Williams @cristanwilliams Arizona state senator, Steve Yarbrough (R) sponsored Senate Bill 1062, hailed as a "property rights" bill aimed at ensuring that business owners and social service organizations would have the right to discriminate on the basis of…
Read
Random Post

A lot has been said over New Jersey's new bill, signed into law by Gov. Chris Christie (R), which bans gay conversion therapy. What you may not know is that this law is inclusive of trans kids, too: 2. a.…
Read
Random Post

Remembering Our Dead, Echos From Our Fallen Sisters

I was looking at videos for my YouTube post and found this video titled "Twin Boys Living As Girls". It was taped in the early nineties, and is from the Jenny Jones Show. I sat their thinking this was just…
Read