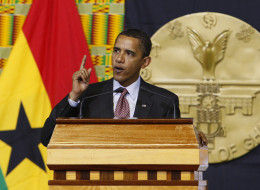 If you’re wondering what the African-American TBLG/SGL community perspective is concerning President Obama, I can say with certainly it’s vastly different from the one expressed by elements of the white GLBT one.

To point that out, thought you needed to peruse the Presidential Midterm Report Card that was issued by the National Black Justice Coalition, the organization  that advocates for the African descended TBLG community on issues of concern to our community.

As NBJC  Executive Director Sharon Lettman-Hicks pointed out in the foreword to the Presidential report card,: she wrote:

NBJC believes that President Obama has not been given the appropriate credit due for the monumental strides this nation has made on his watch to advance efforts toward full equality achieved for LGBT people. In this spirit, NBJC has created a Presidential Midterm Report Card in recognition of the outstanding record-to-date of the sitting President of the United States, who happens to be an African American, in advancing LGBT equality. For example, he has excelled at having federal agencies investigate and root out every obscure administrative rule and policy that impacts the lives of LGBT people.

In addition, the Obama administration has been diligent in amending language, where necessary, to eliminate barriers in our quest for “…life, liberty and the pursuit of happiness.”

Here’s the link to that NBJC Presidential Report on issues that matter to us and the grades he received for them..