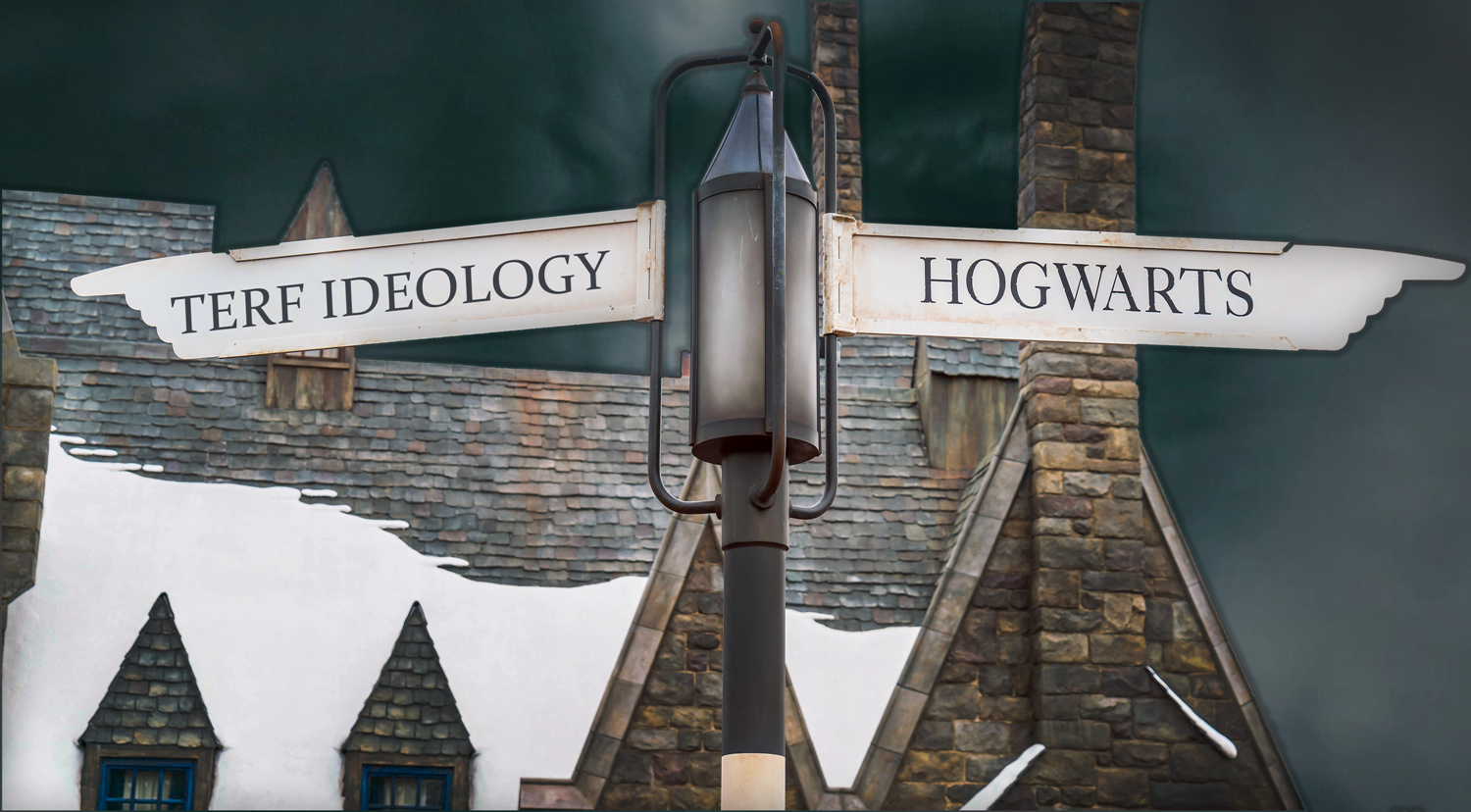 JK Rowling has long hinted that she sympathized with sex essentialist so-called “radical feminist” idea that nobody’s phenotype is transitioned when trans people medically transition, and thus, trans women are males and trans men are females. However, Rowling has now openly announced her public support of TERF ideology: 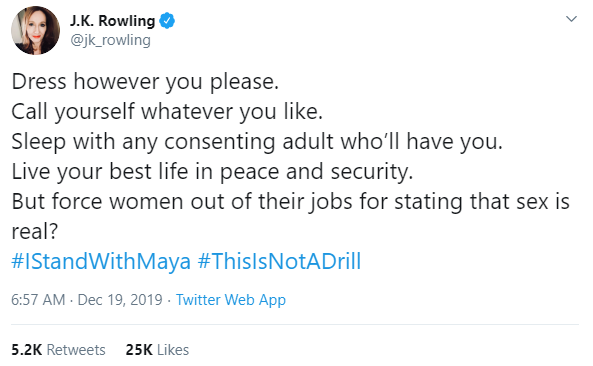 The backstory for this seemingly innocuous tweet is that a TERF activist, Maya Forstater sued to be given the special right of consequence-free speech. Such suits are a relatively new frontier of TERF activism. Meghan Murphy, a Canadian TERF, sued Twitter for the special right to harass trans women on its platform. Murphy was represented by Republican operative and past editor of the Heritage Foundation’s Policy Review magazine, Harmeet K Dhillon. Joining Murphy’s suit was Noah Peters, attorney for a White supremacist who previously sued Twitter for not hosting his racist tweets.

Having protected characteristics, including philosophical beliefs, does not prevent people from having to take care not to harass others… There is nothing to stop [Maya Forstater from] campaigning against the proposed revision to the Gender Recognition Act to be based more on self-identification. She is entitled to put forward her opinion that these should be some spaces that are limited to women assigned female at birth where it is appropreate means of achieving a legitimate aim. However,  that does not mean that her absolutist view that sex is immutable is a protected belief  for the purposes of the EqA. [Forstater] can legitimately put forward her arguments about the importance of some safe spaces that are only available to women identified female at birth, without insisting on calling trans women men.

I draw a distinction between belief and separate action based on the belief that may constitute harassment… In her response to the complaint made by her co-workers [Forstater] stated  “I have been told that it is offensive to say ‘transwomen are men’ or that women means ‘adult human female’. However since these statement [sic] are true I will continue to say them” .

I conclude from this, and the totality of the evidence, that  [Forstater] is absolutist in her view of sex and it is a core component of her belief that she will refer to a person by the sex she considered appropriate even if it violates their dignity and/or creates an intimidating, hostile, degrading, humiliating or offensive environment . The approach is not worthy of respect in a democratic society.

It is also a slight of hand  to suggest that [Forstater] merely does not hold the belief that transwomen are women. She positively believes that they are men; and will say so whenever she wishes. Put either as a belief or lack of belief, the view held by [Forstater] fails the Grainger criteria and so she does not have the protected characteristic of philosophical belief.

Moreover, the court found that Forstater’s bigotry was, “incompatible with human dignity and fundamental rights of others.” Right-wing media outlets have decried Forstater’s newly-minted victim status, resulting in people donating thousands to her. Likewise, Rowling is currently enjoying reporting that purposefully obfuscates the malignant goals of their activism, casting the two as victims of a Leftist–easily offended–PC–anti-free speech–cancel culture.

With her promotion of Forstater’s TERF bigotry, Rowling seems to make clear that she supports: