What passes for reporting the story on Fox News: 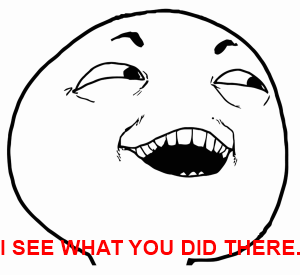 I get it and so do your viewers.

Nadine Williams, a transgender woman has beencleared of rape and two counts of sexual assault which she was accused of doing before transitioning while presenting as Dean, a male. Ms. Williams who spend 6 months remanded to pretial confinment iwith men while waiting for the…
Read
Previous Post

Pongsapat Pongcharoen is a US-educated Thai police general who running for the office of Bangkok's governor. Our modern world increasingly accepts varied genders… Bangkok must be a city that understands sexual differences, not just accepting different lifestyles … it must…
Read
Random Post

There's been a controversy brewing over at Pam's House Blend, and the flavor of the day is privileged. It all started with the post "Jumping Into The Deep End Of The Language Pool", then "Aravosis Needs To Issue His Own…
Read
Random Post

As the Martin Luther King Jr Holiday passed, I reflected on somne of the words of his wife, Coretta Scott King. "I still hear people say that I should not be talking about the rights of lesbian and gay people…
Read
Random Post

This is the one in a series of blog posts in which I discuss some of the concepts and terminology that I forward in my writings, including my new book Excluded: Making Feminist and Queer Movements More Inclusive. So in Excluded, I introduce the…
Read
Random Post

Today we have a couple of letter related to “male” appearance and expression. I now turn it over to the writers. A reader writes: “I was looking back on an old post where you stated trans guys all ‘pass’ after…
Read