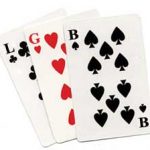 With passage of The Matthew Shepard Act in the Senate on Thursday, it should have been a time for celebration. But on the heels of the victory came the news that gender identity could possibly be stripped of from the Employment Non-Discrimination Act. The Advocate confirmed the story tonight saying:

“The Democratic House leadership is considering stripping protections for transgender people from ENDA after a preliminary vote count found the measure would not pass if it had trans-inclusive language. ‘The fact of the matter is, we’ve been canvassing this — the votes just are not there for a trans-inclusive bill,’ said Steven Adamske, spokesman for Rep. Barney Frank, sponsor of the original bill. Reps. Frank and Tammy Baldwin, the only openly gay members of Congress, called for the count after they learned House speaker Nancy Pelosi feared the measure lacked enough support to pass.”

Matt Foreman took the bold step this morning by posting to Bilerico.com “A non-transgender-inclusive ENDA? No way!” Around the same time, a statement was put out by the Executive Directors of nine national LGBT organizations saying:

While we don’t doubt the sincerity of Congressional leadership’s intent to take action and be helpful to the LGBT community, we cannot disagree more with this strategy. We will continue to work with LGBT supportive members of Congress to urge their colleagues to immediately drop this strategy.

The Empire State Pride Agenda, Equality Texas, and Garden State Equality have signed on as well. Noticeably missing for the list was the Human Rights Campaign (HRC) and the Leadership Conference on Civil Rights (LCCR) .

“The indication we are getting from the Hill is that the leadership will possibly move forward with a new version of ENDA that does not offer explicit protections for gender identity,” Luna said. “HRC is deeply disappointed and did not assent to this position.”

Great HRC, you’re disappointed! Why not sign on to the list of organizations that are saying “We would also oppose any bill that did not protect transgender people”? For an organization that puts out press releases at the drop of a hat, the lack of any kind of formal statement from HRC says quite a bit.

I really have to hand it to the National Gay and Lesbian Task Force (NGLTF). They are the unsung heroes in all this. In August of 2004 Foreman said :

“For many years, our community has debated the place of transgender people in the Employment Non-Discrimination Act (ENDA). The time for debate is over. The question must be called. ENDA must be amended to protect transgender people. If it is not, we all must walk away from it.”

It didn’t take a protest outside the offices of NGLTF to get that concession either. I would remind Joe Solmonese that it was his predecessor, Cheryl Jacques, that said:

“passing ENDA without gender identity and expression is like passing a copyright law that covers books and television shows but doesn’t cover digital music or videos. But ENDA is about people’s lives, not MP3s or DVDs. That’s why it’s so important that we have the strongest and most comprehensive bill possible.” 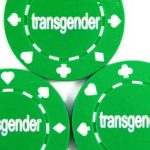 Am I a poker chip or a member of the GLBT community?” If I’m not a poker chip, why hasn’t HRC come out publicly and taken the strong stance that NGLTF and many other equality groups have? The silence is deafening.