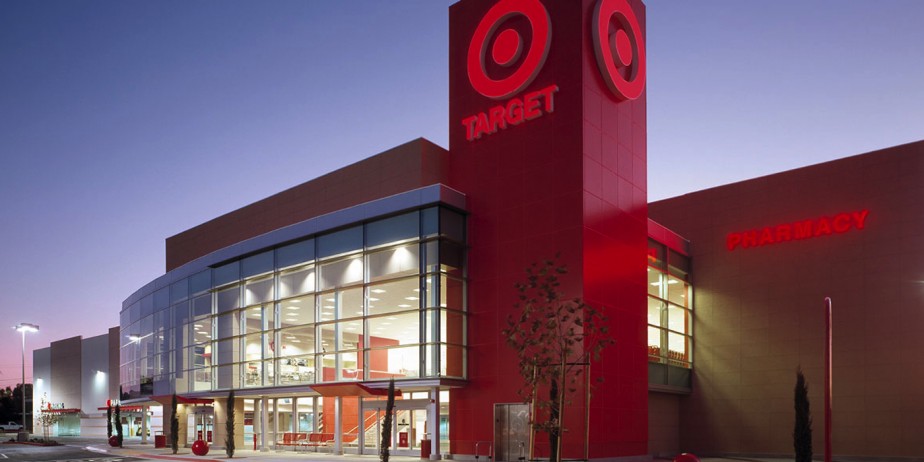 A case of voyeurism that has gripped the media was initially reported on a local Idaho news station:

A man who identifies as a transgender woman has been arrested after they took photos of other women inside of the changing room at Target in Ammon.

On Monday the Bonneville County Sheriff’s Office responded to the Ammon Target store where an adult female says a person taking pictures of her while she was inside a changing room trying on clothes. The woman noticed the person reaching over the wall of the changing room with a cell phone to take pictures. The victim confronted the subject who ran from the store.

Detectives interviewed witnesses and security footage from Target which led them to 43-year-old Sean Patrick Smith, who also identifies as Shauna Patricia Smith, a transgender female. After interviewing Smith she was taken into custody by Detectives and booked into the Bonneville County Jail for one felony count of voyeurism.

Detectives are still investigating to determine if any more victims exist relating to this incident.

This initial report was picked up and later edited to fit a certain preferred narrative. Apparently numerous media sources have chosen to blend the facts with certain less than factual narratives to seemingly substantiate the claim that this criminal incident was facilitated by Target’s trans-inclusive policy.

We at the TransAdvocate, of course, fact checked this popular narrative. We contacted the Target store and spoke with staff who described the changing room area. Additionally, we physically visited the store in which the crime took place to verify the information the Target employees provided us.

“Sean Patrick Smith, 43, was allegedly dressed in women’s clothing when he entered the fitting room in the women’s section of the store… Target announced in April that “transgender team members and guests” were welcome “to use the restroom or fitting room facility that corresponds with their gender identity.” – Fox News

“The victim told deputies a man dressed in women’s clothing had gone to the fitting room in the women’s clothing section of the store… The incident comes months after Target made headlines after it announced in a statement in April that it welcomes transgender employees and customers to use the restrooms and fitting rooms that correspond to their gender identity.The announcement led to protests and a petition to boycott Target that collected more than a million signatures from Americans vowing to stay away from the chain’s stores in protest of its inclusive restroom and fitting room policy. The American Family Association (AFA), a Christian group, launched the petition saying Target’s rules put women and children at risk ‘by allowing men to frequent women’s facilities’.” – DailyMail (Note: this Daily Mail article includes a years old photo from a non-unisex Target store changing area from another state, enhancing the reader’s perception that this crime was facilitated by the store’s new trans-inclusive policy.)

“Smith was arrested, charged with one felony count of voyeurism, and booked into the Bonneville County Jail on Wednesday… The suspect’s alleged actions are complicated by the store’s policy of allowing men who claim to be women to use the women’s facilities whenever they want. In April, Target announced it was formally inviting anyone to use any bathroom or changing area they want at any given time.” – BreitBart

“A middle-aged man who identifies as transgender was arrested Tuesday for taking photos of a customer while she changed in the women’s fitting room at an Idaho Target store. Police booked Shauna Patricia Smith into Bonneville County Jail for one count of felony voyeurism.” – Townhall

“A customer said she was in the women’s changing room at the Target in Ammon, Idaho, on Monday when she noticed someone reaching over a wall with a cell phone and snapping pictures of her changing clothes. The victim confronted the suspect, who fled the store on foot.” – Inquisitr

In fact, the media representation that this Target has a non-unisex fitting area is so widespread, even Snopes reported that this crime occurred in Target’s (non-existent) “women’s changing room”:

The TransAdvocate could find no news article that noted that Target rolled out unisex changing areas around a decade ago. Additionally, the TransAdvocate found no article which made readers aware of the simple fact that a policy that is less than a year old could not have instituted a fitting room policy that is almost a decade old. Instead, many media reports seem happy to simply invent the existence of an otherwise nonexistent women’s changing area while yet others seem happy to merely imply a link between the crime and the store’s transgender policy.

Currently the TransAdvocate is investigating the background of the perpetrator of this crime, reviewing legal documents related to the case, and conducting interviews with those familiar with the case and the criminal. This post will be updated as we are able to substantiate facts. Needless to say, in cases like this, the TransAdvocate unequivocally supports prosecution.

7/14/2016: Preliminary accounts from our ongoing investigation seem to indicate that Smith attempted to reach out for support from the local trans community but was instead routed to a fairly new advocate who lived in another state. Instead of referring the troubled individual to counseling, groups, or local support, the neophyte-advocate cut off interactions when the troubled individual mentioned cars. This particular neophyte-advocate was happy to be interviewed by large media outlets and has taken to social media to provide her thought’s about the crime and the Smith’s true state of mind.

Note: The trans community has a term for largely new and relatively inexperienced trans people who seek media attention and who oftentimes give out false or misleading information about complex issues affecting the trans community. That term is: insta-advocate.

For those in need of assistance, please contact the Idaho Falls/Eastern Idaho trans community. You can reach the local community through the following contact form:

7/14/2016: The hate group, the American Family Association, sent out a fundraising letter falsely claiming that crime was facilitated by Target’s trans policy: