“I’ve been thinking about gender roles and how most of them are created and imposed by society. I believe our behaviour could be ‘genderless’ if we didn’t have these external influences telling us how men and women should act, dress, etc.

“Now, if this were to hold true and one day we are all genderless and there are no gender roles or gender-specific expectations by society, people would be able to behave however they feel like and maybe they wouldn’t feel the need to transition. Or the need would be purely to change their biological characteristics.

“And there could be a genderless person that changed his body from male to female but everything else remained the same. She could continue dressing the same and acting and combing her hair the same way but she wouldn’t have a beard and she would have breasts now. And for other people, the only change would be in the shape of her body but her behaviour could remain the same … no?

“I’m not saying that wanting to transition under this scenario is less or more valid, I just think that maybe, if gender stops existing, transgender people would be driven exclusively by wanting to have different-looking bodies.”

I have written about this before, but that was a couple of years ago, so I think it bears repeating: I have always said that even if we completely eliminated gender roles and expectations in society, people would still medically transition (and I am coming from my own Western cultural influence when I say this, so let me be clear on that).

In my opinion, gender identity is innate, biological, hard-wired, and the need for body/mind alignment would still exist, even if everyone used gender-neutral pronouns and no one had any expectations about how a particular person should look or act.

So, as you say, I don’t think that this hypothetical genderless world would eliminate the need to transition. And I honestly think that there are already people who are doing just what you have mentioned – changing the physical body, but continuing to act in the ways that they did before they changed the body.

The way I see it, in a completely genderless world, where all roles and expectations are created equal and all expressions are seen as appropriate for anyone, we would still have transition. What we might not have are misogyny, homophobia, and transphobia, because no roles and no characteristics would be deemed as “less than,” people would not fear their internal leanings, and no one would be seen as a threat to anyone else.

I think we would still have people who exhibited characteristics that would have been considered extremely masculine or extremely feminine in our previous “gendered” world – they just wouldn’t be labeled as “masculine” or “feminine,” and they would be acceptable for anyone to express.

We would still have bodies that in our previous “gendered” world would have been considered male or female, but those bodies would not be aligned with any specific characteristics, which would free everyone up to be themselves, regardless of their physical body, and would hopefully lead to an acceptance of a wider range of body types, since any body type could express any characteristics, and it would not be considered “wrong.”

And although people would still transition in this genderless utopia, it would probably not be considered “abnormal” or even unusual, because we would have moved beyond specific categorizations of “right” and “wrong” with regard to both gender expression and physical sex. Everyone would be equally acceptable, whoever and however they were. Sounds nice, doesn’t it? 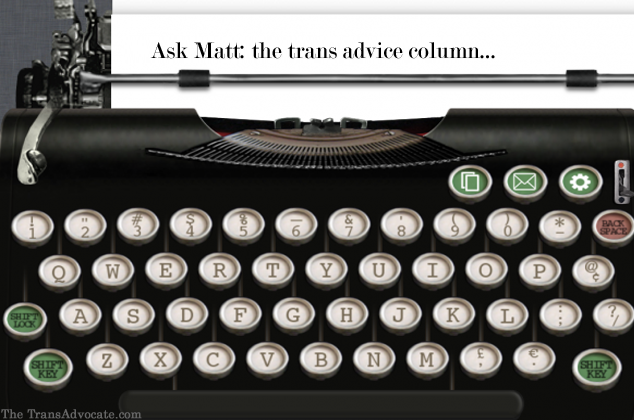